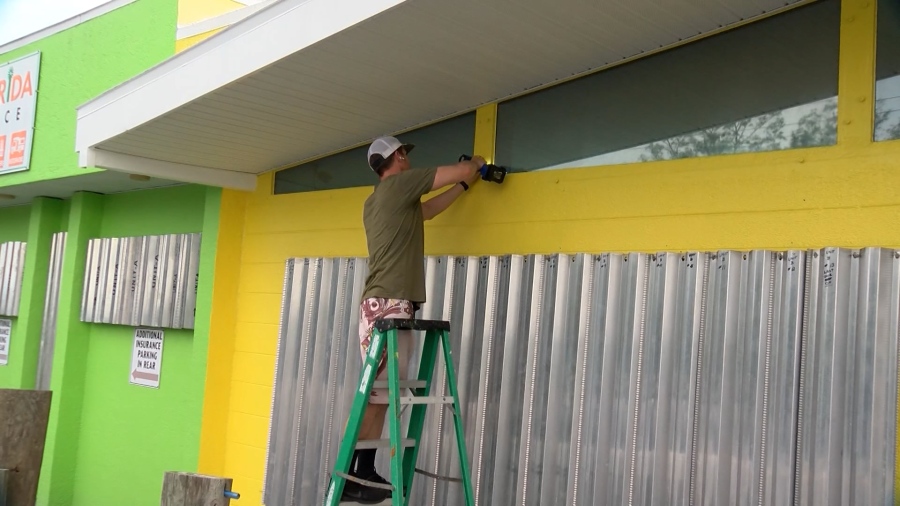 VENICE, Fla. (WFLA) — In Venice, Florida, the winds and rain of Hurricane Ian are still far away, but some are preparing in case the storm has an impact.

He was at a Home Improvement store on Monday, buying plywood to put on his windows at home.

“We’ve been here about a year and a half and we kind of went through one last year, but that was just a tropical storm. So, this is the biggest one that we’ve seen down here,” said Solversen.

A few miles away, Randy Carter was preparing his sailboat for wind and rising tide.

“Secured everything. I’ll bolt that down from below. I’m going tape everything, so overall normally no water ever gets through, but I know with deluges when it really comes down, there will be water coming in somewhere,” said Carter.

Many in Venice have not boarded up their windows and are taking other precautions, they are hoping Ian stays well to the west.

Richard Leatherman isn’t taking chances as he works to prepare several boats for the storm.

“It just depends. If it gets to a four or, that’s what it’s looking to do and just how hard it hits us. I mean I’ve been through several of these and got through OK,” said Leatherman, hoping he gets through this one too.

>> Where to find sandbags