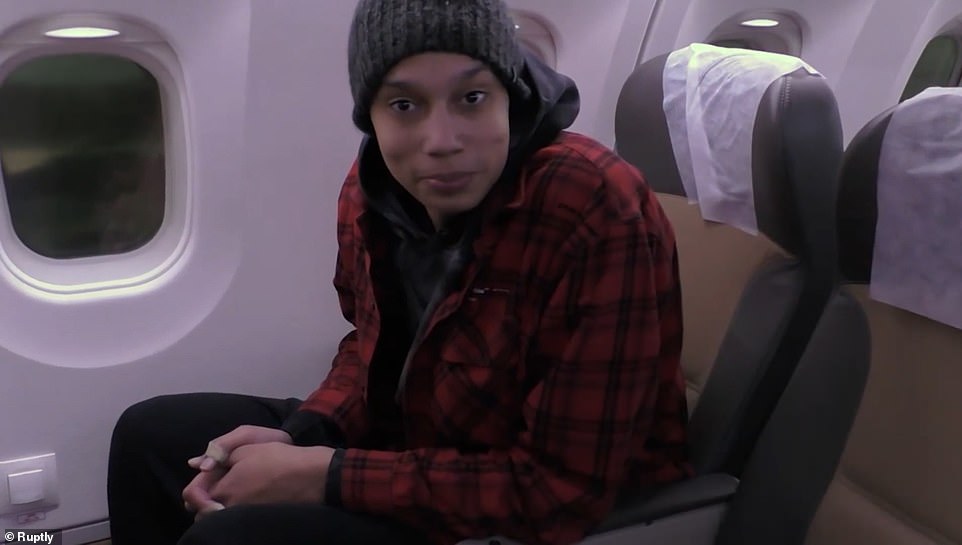 Brittney Griner has been seen in new video grinning on a plane on her way back to the US after being freed from Russian prison in a highly criticized prisoner swap for arms dealer Viktor Bout, a man so violent he inspired the movie Lord of War and is nicknamed the ‘Merchant of Death.’

Griner is shown with a shaved head, signing papers at the Russian gulag where she’d been held since August, and then emerging from the prison carrying bags. The date on the videos taken in custody is November 29.

In an image from today, she is then seen on a plane where she is told that she will be going back to the US. Asked what her mood was, she said: ‘Happy.’

While a win for Griner – who was convicted of possessing two cartridges of cannabis oil while entering Russia in February – the deal has been slammed as an embarrassing ‘surrender’ for the Biden administration.

Many see it as a gift to Putin and his war effort in Ukraine. They consider it a damning indictment on Biden’s diplomatic track record, and are appalled by the involvement of Saudi Arabia in negotiating.

The White House today denied that Crown Prince Mohammed bin Salman was involved, but also thanked the UAE for the ‘use of their territory’, in what seemed to be a conflicting statement.

Brittney Griner seen on a plane where she is told that she will be going back to the US. Asked what her mood was, she said: ‘Happy’ 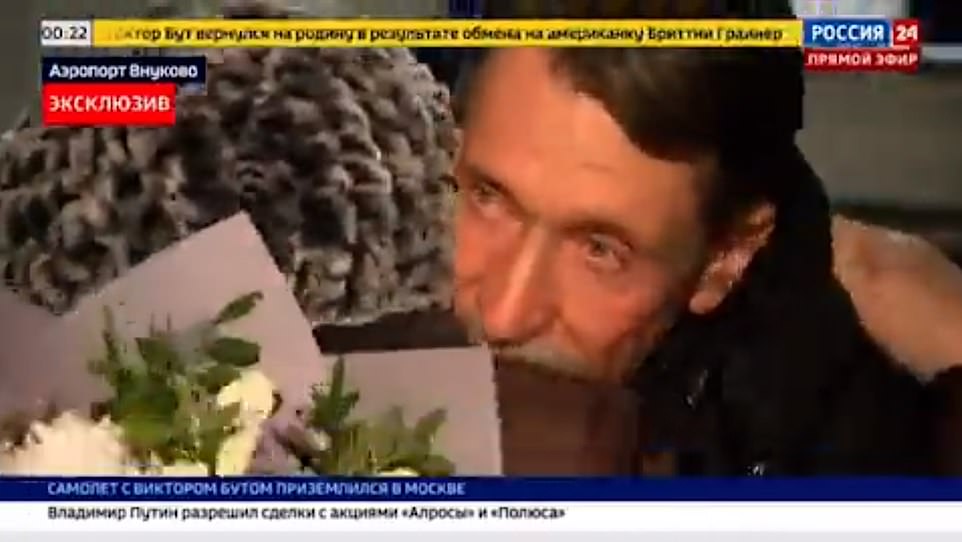 Griner has not spoken publicly, but her agents say they were ‘breathing a sigh of relief’.

They heaped praise on Biden and said they were committed to getting Paul Whelan – and other Americans imprisoned overseas – out.

‘Today, we are breathing a deep sigh of relief. Brittney Griner is on her way home.

‘We are overwhelmed with gratitude to President Biden, Vice President Harris and the entire Biden-Harris Administration,’ they said.

Griner was playing in a Russian team when she was arrested. It was in a down-season from the WNBA, and stood to earn significantly more in Russia than she did in the US.

In a video of Bout on his flight, he is shown telling his mother on the phone: ‘We’re going to refuel. We met them, don’t worry, everything is good. Everything is normal. I love you very much.’ 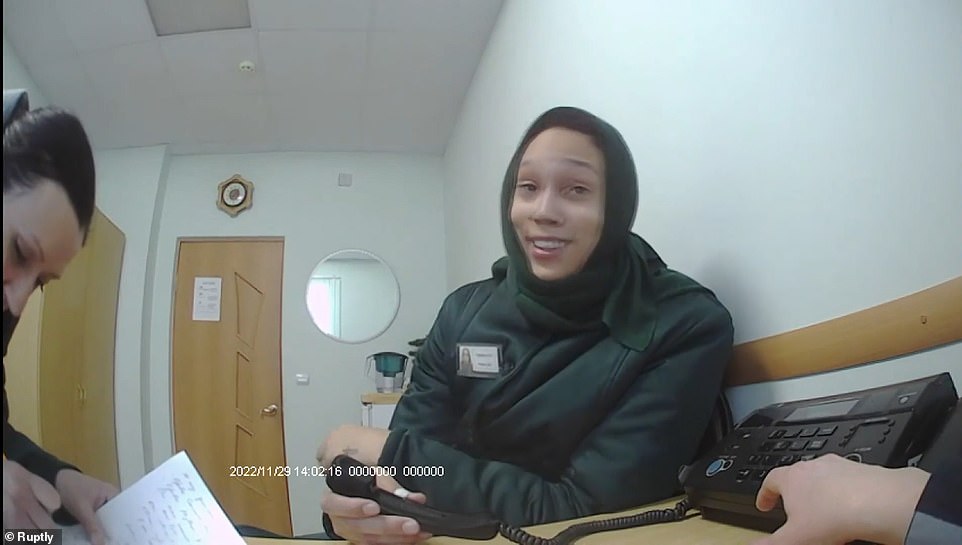 Griner above, smiling during an interaction with officials. It’s unclear when she was told that she’d be going home 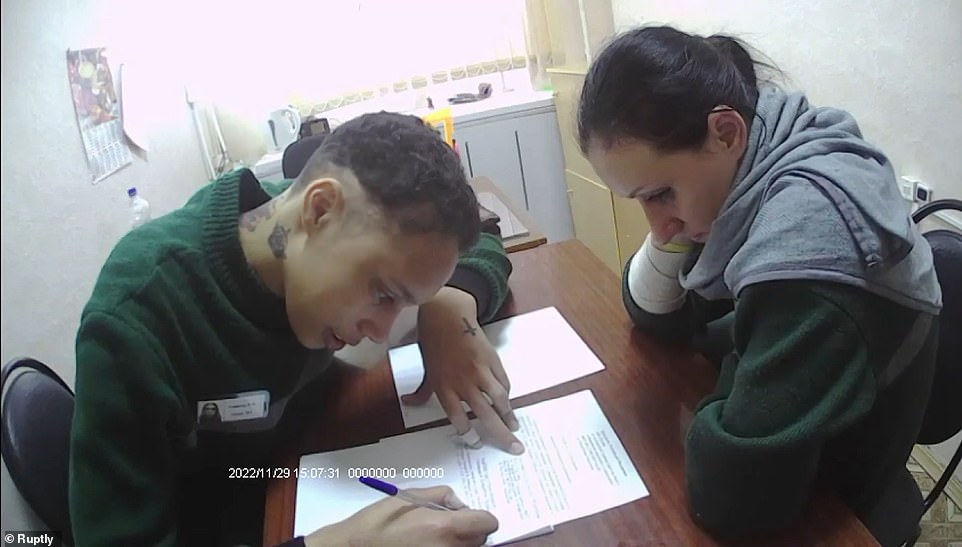 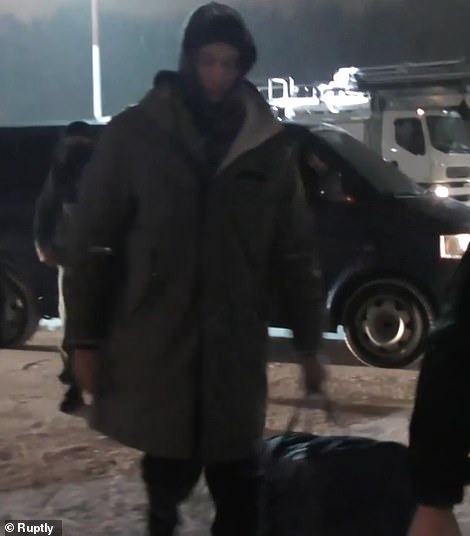 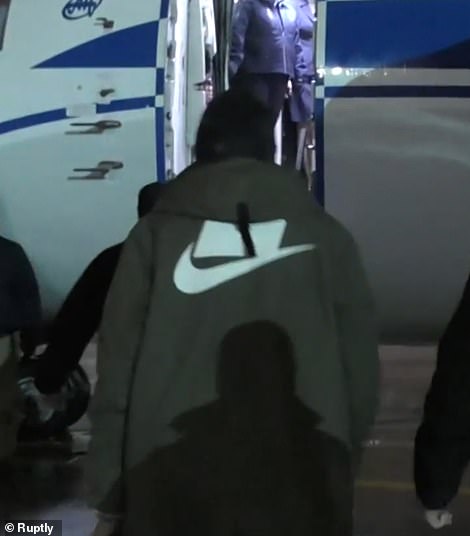 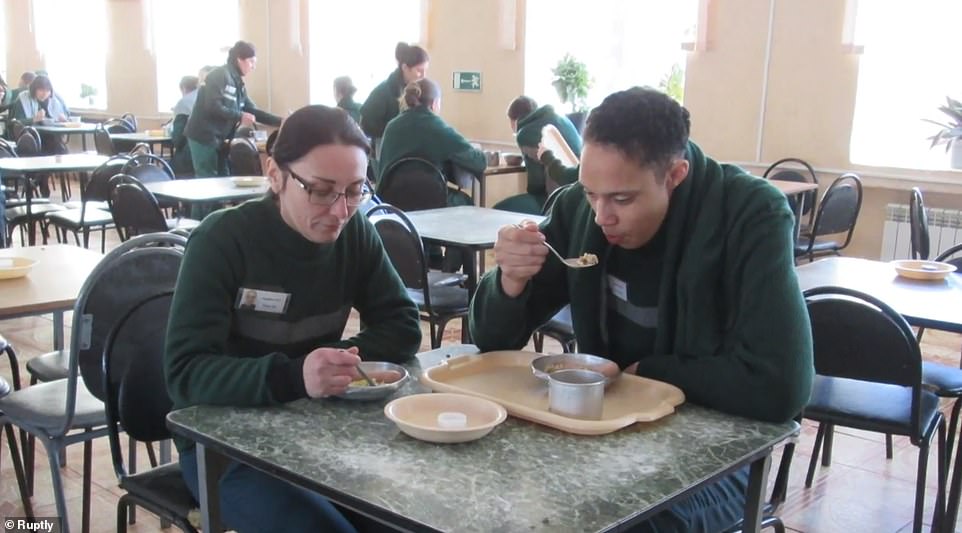 Griner in custody before the swap. She was taken to a Russian gulag earlier this year after being found guilty 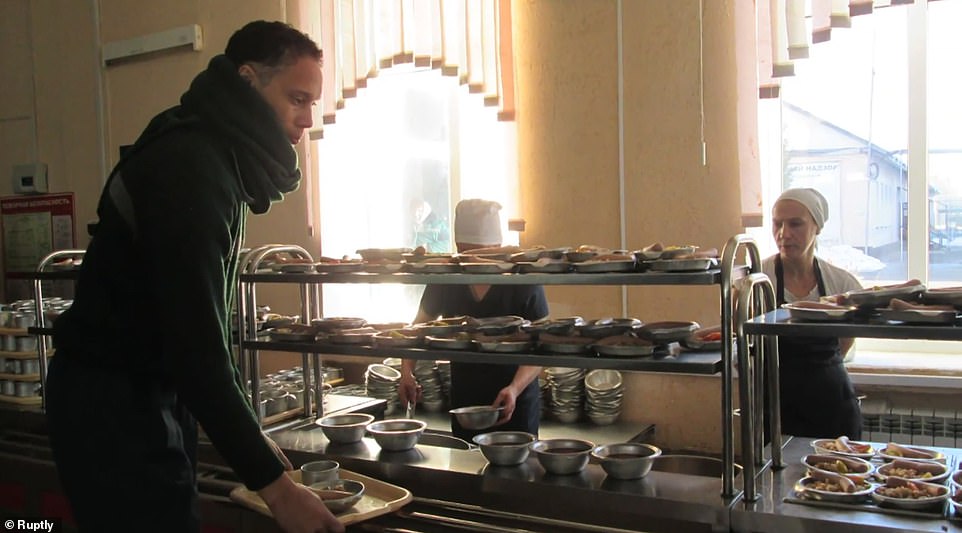 Griner is shown with a shaved head in Russian prison. She is yet to speak openly about her time in custody 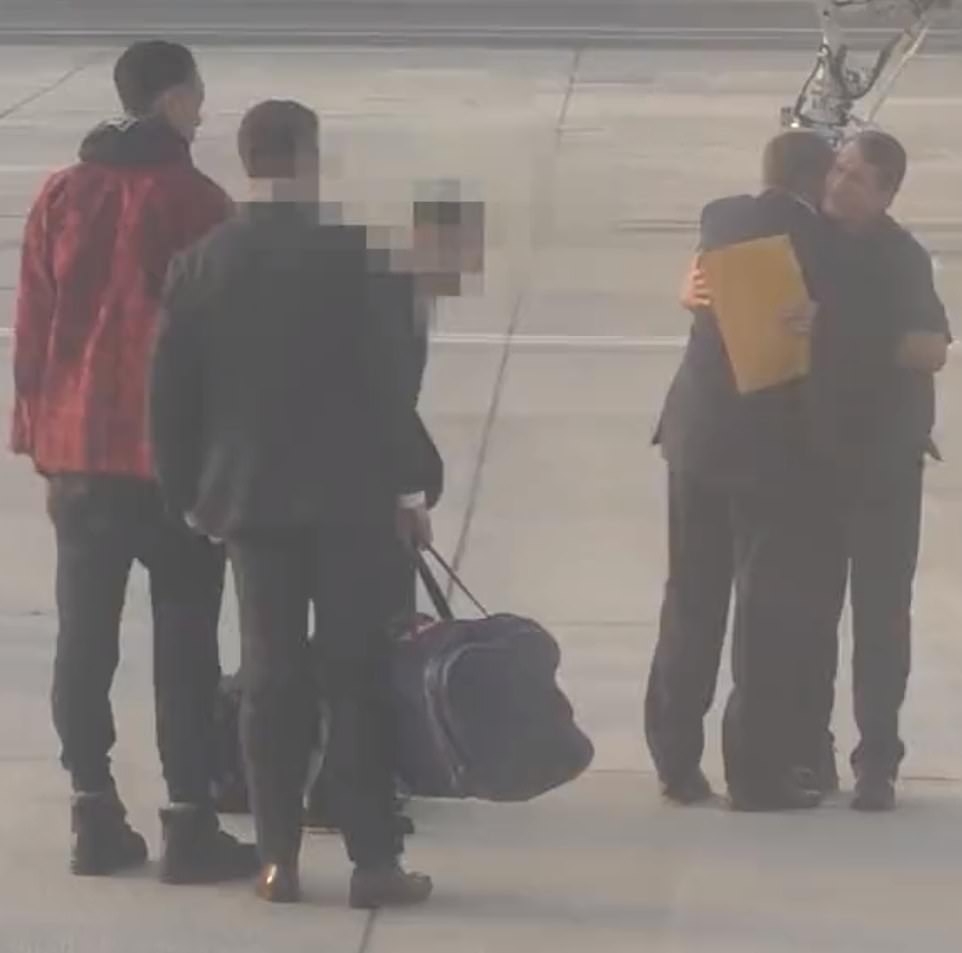 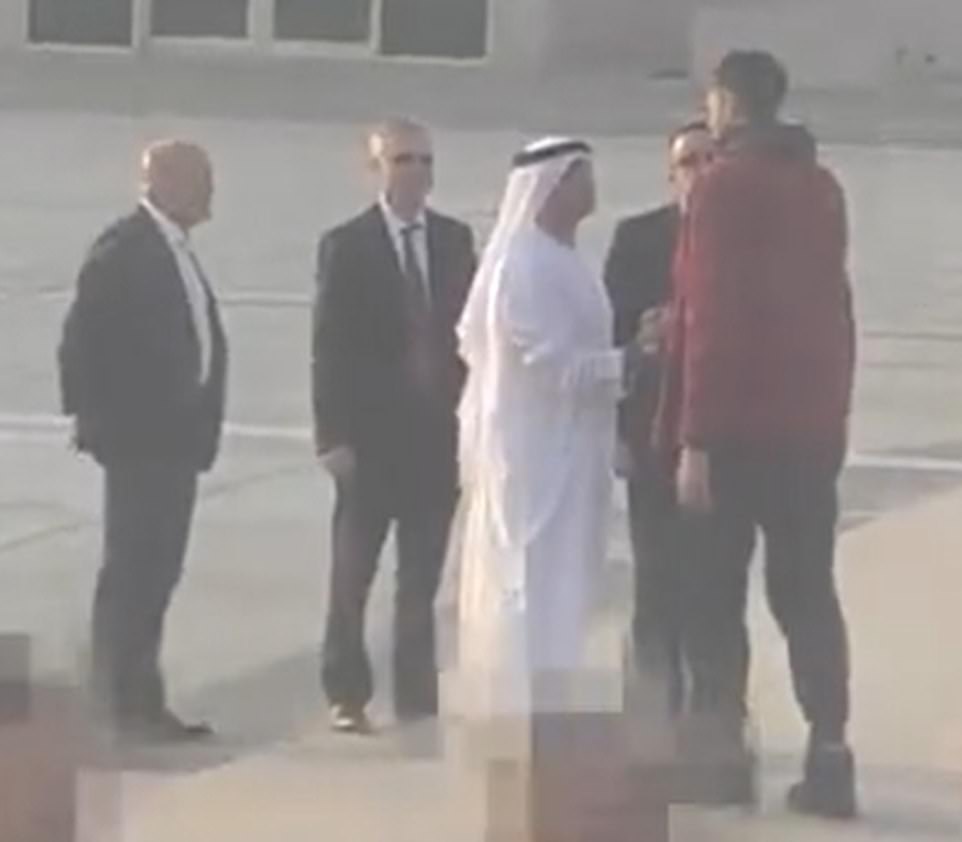 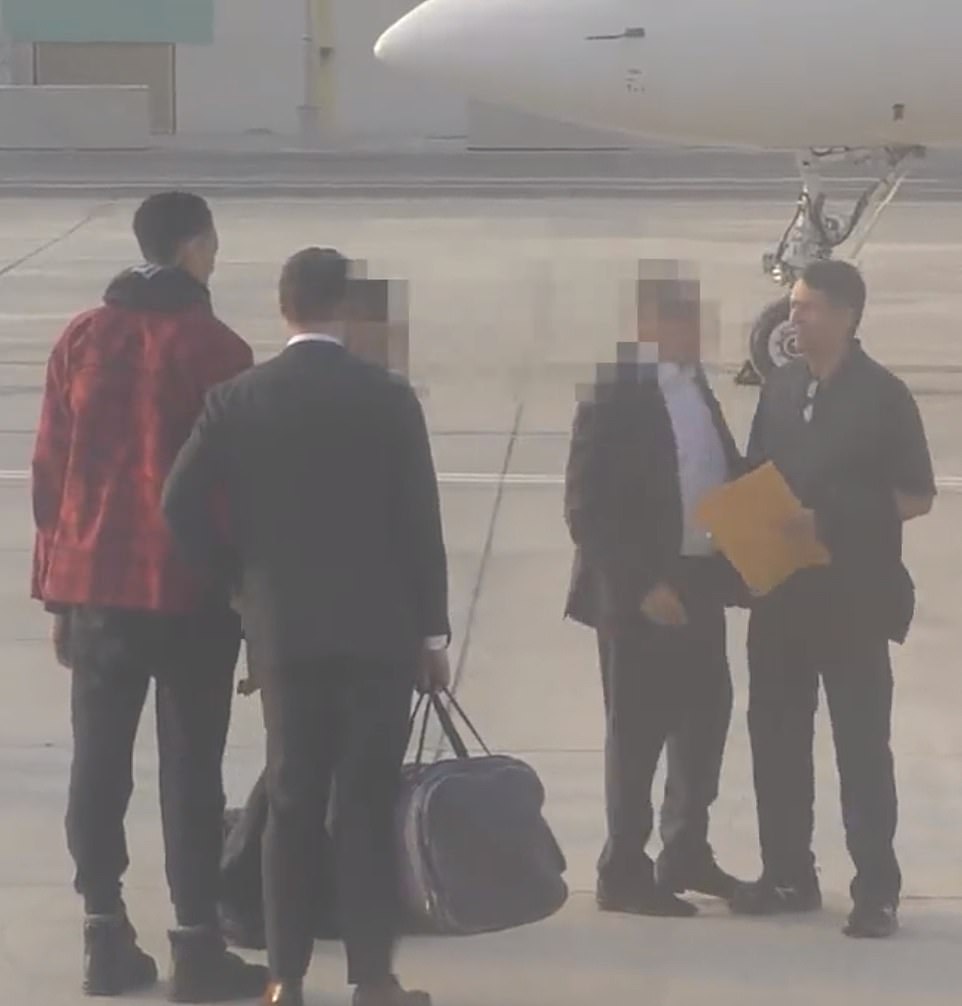 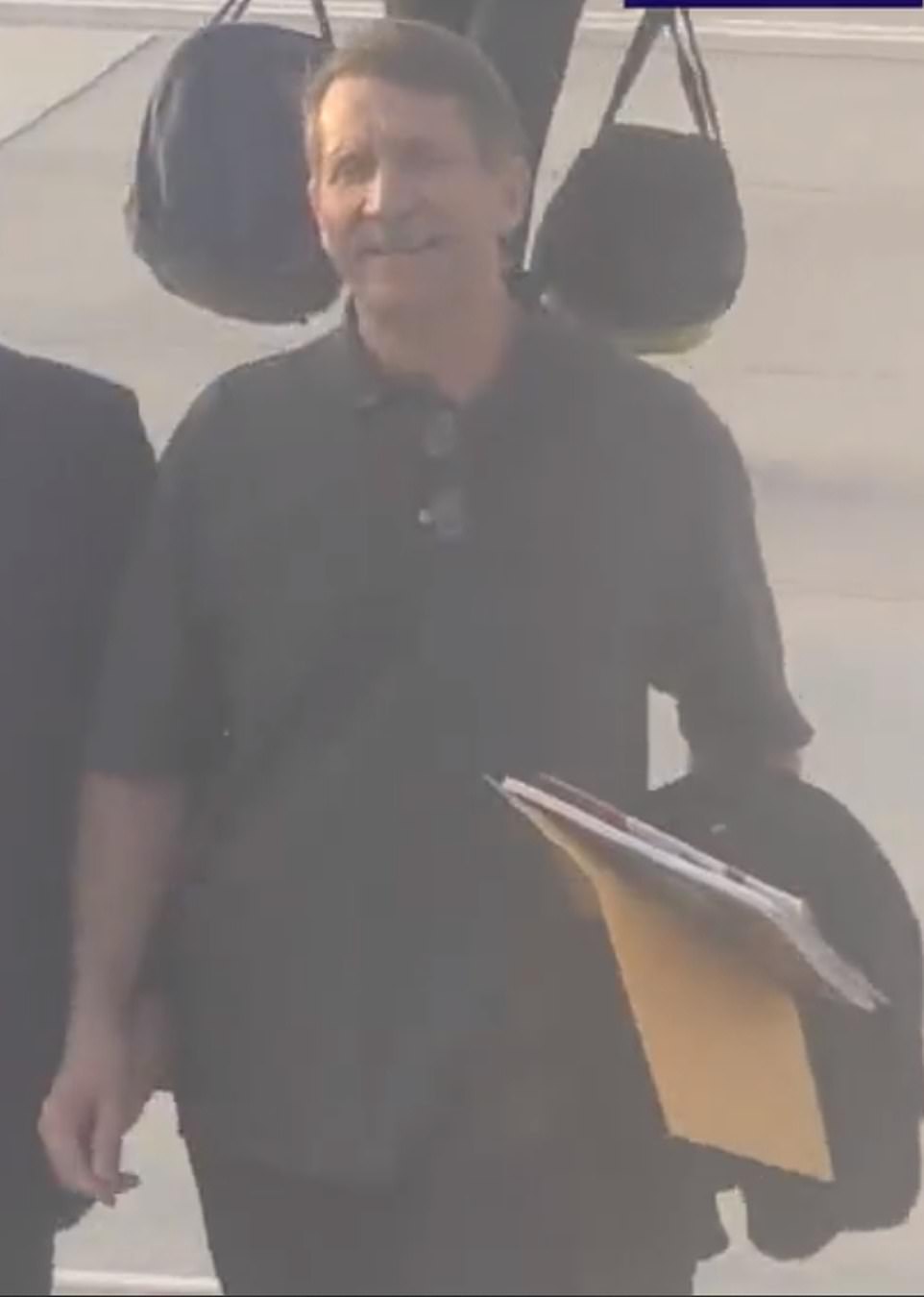 She was caught with two cartridges of cannabis oil in a vape – a violation of Russia’s strict drug laws – and was jailed.

After a brief trial in Russian court in the summer, she was sentenced to nine years.

The harsh sentence sent Griner’s fans and celebrity friends into an uproar and Biden and Harris immediately vowed to bring her home.

The suggestion of a swap for Bout was made quickly.

But critics quickly asked why Griner – who broke the law and admits to it – should be freed.

The most vocal critics asked why Griner should be swapped when Paul Whelan, who has been in prison for four years, has not.  Biden insists he is still trying to get Whelan out.

The deal was brokered with Vladimir Putin, responsible for the genocide in Ukraine – and with the help of Saudi Crown Prince Mohammed bin Salman, just 48 hours after the U.S. dropped a lawsuit holding him responsible for the murder of Saudi dissident journalist Jamal Khashoggi. 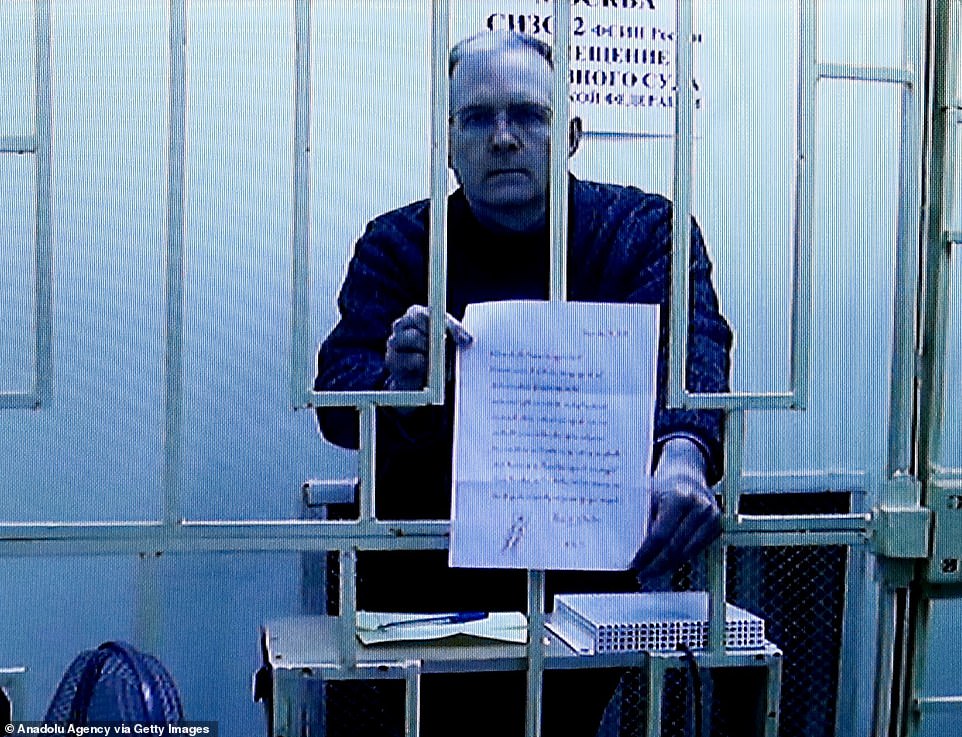 Paul Whelan (shown in 2019) said he was ‘disappointed’ not to have been included in the swap today. He has spent four years in Russian prison on charges of espionage and spying that the Biden administration says are wrongful 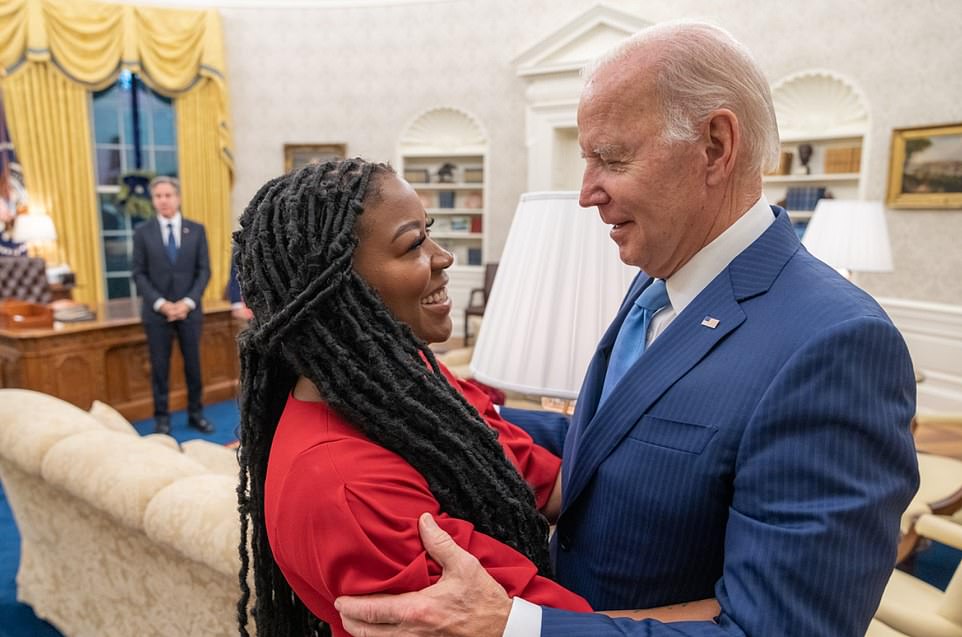 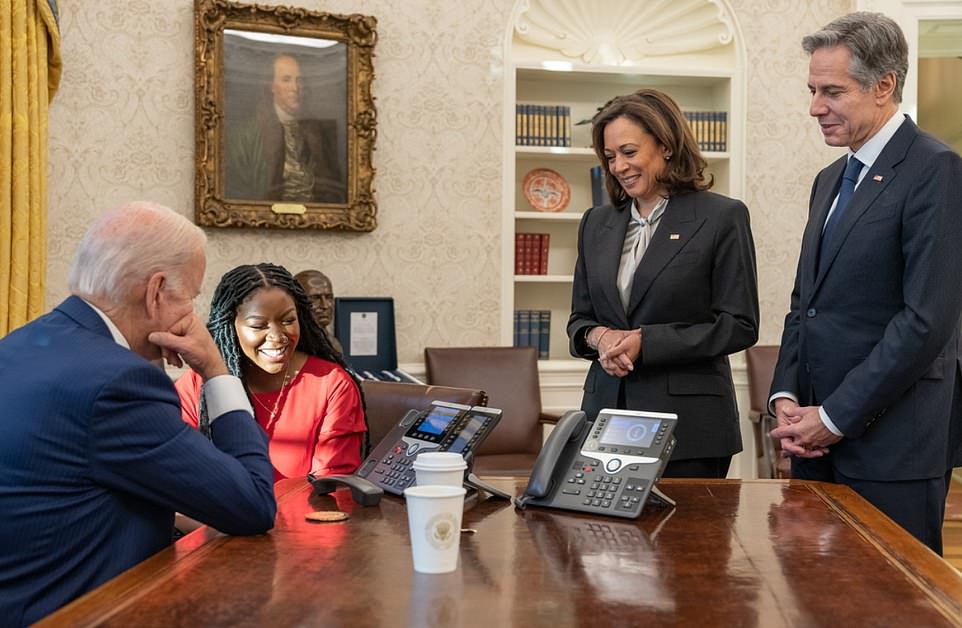 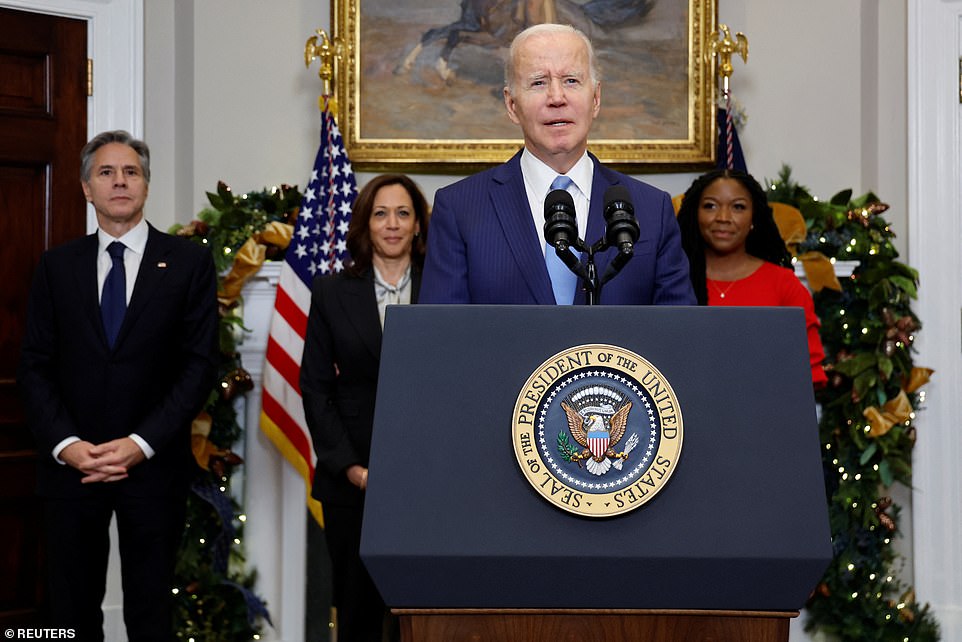 The news was met with anger by supporters of former Marine Paul Whelan, who remains in Russian prison.

Republicans condemned that as ‘unconscionable’ and said the White House was focused on ‘celebrities’ over veterans detained by Putin.

Whelan said from prison that he was ‘greatly disappointed’ the Biden administration did not do more to secure his release alongside Griner and said he was ready to ‘go home’.

‘Merchant of Death – that’s the nickname of the prisoner Biden returned to Putin.

He was convicted of conspiring to kill American law enforcement.

‘This is a gift to Vladimir Putin, and it endangers American lives. Leaving Paul Whelan behind for this is unconscionable.’

‘So a basketball star is released, we can celebrate, but what about Paul Whelan?

‘An American unjustly detained for years,’ he tweeted.

‘May not be high profile but he is innocent. This is a dangerous road.’

Former ambassador John Bolton told CNN that the deal was more of a ‘surrender’ than a ‘swap’.

‘Obviously, there’s a lot of very understandable human emotion here in getting Griner released, but this is a very bad mistake by the Biden administration.

‘This is not a deal. This is not a swap. This is a surrender. And terrorists and rogue states all around the world will take note of this, and it endangers other Americans in the future who can be grabbed and used as bargaining chips by people who don’t have the same morals and scruples that we do,’ he said. 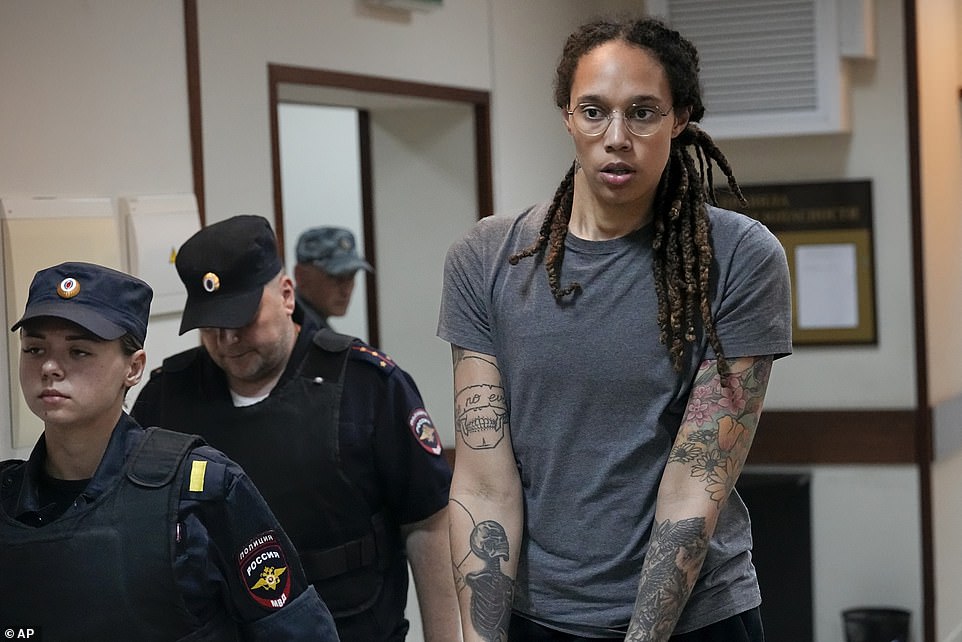 Griner is shown in August this year after being found guilty