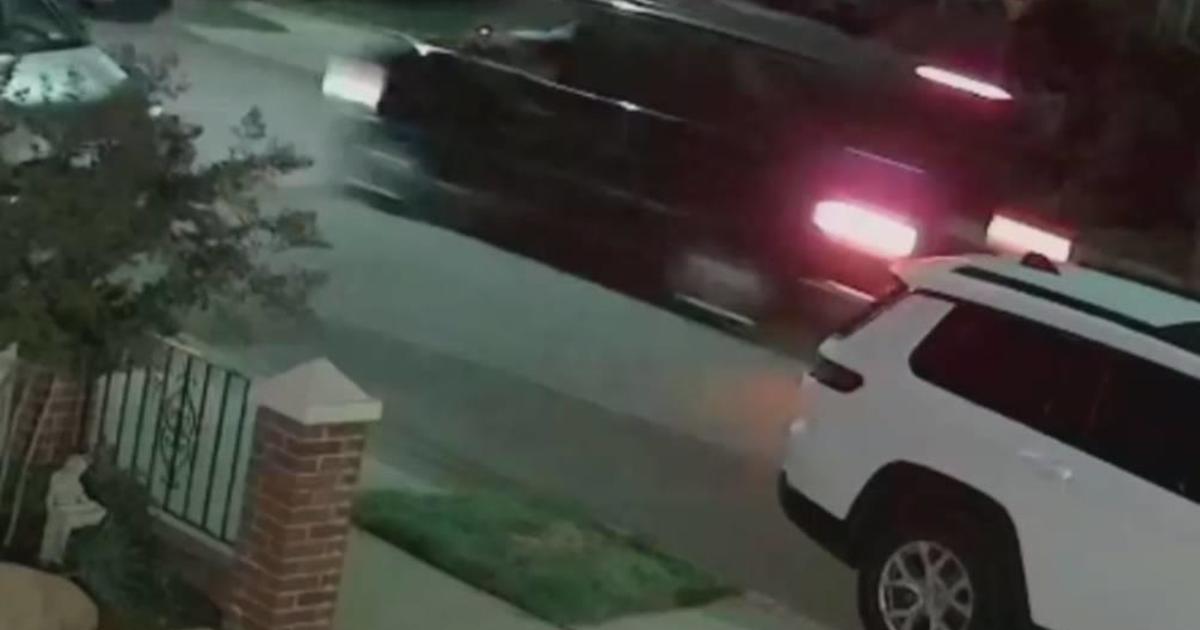 NEW YORK — Someone in an SUV was driving around Queens and shooting at parked cars, according to police. A shot even hit a home with people sleeping inside.

On Thursday at around 1 a.m., someone behind the wheel of a black SUV in the Whitestone area shot at least four cars that were parked and unoccupied.

Police are asking for help identifying the car as they search for the suspect.

Surveillance video shows someone pointing out of the black SUV and striking a 2007 Chevy van parked on the corner of 154th and 21st Street.

Before that, the suspect shot at a Jeep Wrangler parked at 15th Drive and 149th Street.

The same person fired a round of shots at a yellow cab parked at 154th and 22nd Avenue, police said, and opened fire toward a Chevy Silverado on 20th Road. But that time, a shot struck a house where three people were sleeping inside.

No one was hurt.

Real Estate Trends: Is The Real Estate Market Slowing Down Due To Mortgage Rates?