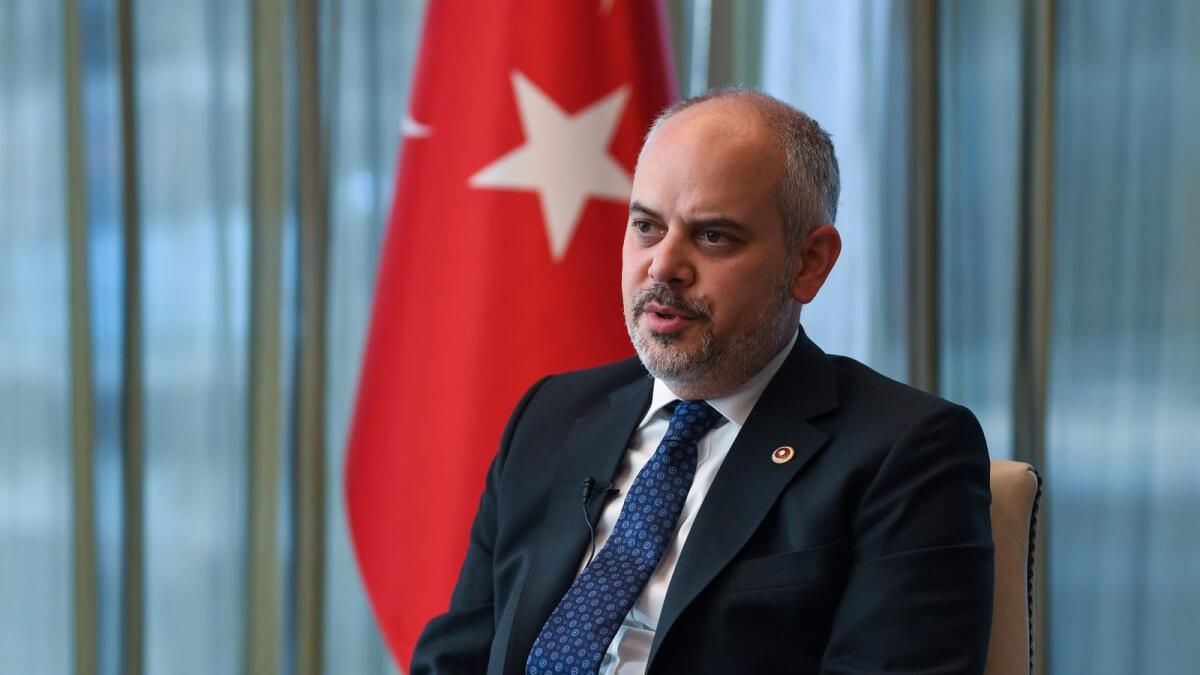 ‘We have to put forward a united front’

It is often ignored that terrorists mostly eliminate people of their own faith or community; therefore, all countries should come together in the fight against terrorism, a top Turkish official said.

“In our region, it is important to be together against terrorism. There’s Daesh [ISIS], which has its reign of terror that has been put forward in the world and mostly Muslims have lost their lives in their attacks,” said Akif Çağatay Kılıç, Chairman of the Foreign Affairs Committee of the Turkish Grand National Assembly, who is on official visit to the UAE.

In an interview in Abu Dhabi on Tuesday evening, he added that although most of Daesh’s victims are Muslims, people in some other parts of the world do not understand this fact.

Terrorism not linked with region or religion

“The swamp of terrorism is being fed not only from one region. We have to fight against this together and there has to be a unanimous understanding in the fight against terrorism,” Kılıç asserted.

He alleged that some people condone terrorist activities that do not threaten their interests. “This is not acceptable.”

The official emphasised that “we have to stand together and show the world that the labelling of terrorism with the name of a religion is unacceptable and is wrong.”

The top parliamentarian expressed his strong disagreement with connecting Daesh to Islam. “The name of Islam cannot be used in connection with any kind of terrorism or terrorist activity or any kind of killing of innocent people. This is not acceptable, and this is not our belief and that is something that we are saying to the world.”

The Turkish Grand National Assembly and the UAE’s Federal National Assembly as representative of their people can raise their voice against the injustice around the world and against extremism and terrorism, the official suggested.

“We have to put forward a united front. Therefore, it is important to have good and strong relations with our brothers and sisters in the United Arab Emirates. And that’s one part of it. That’s why we’re here,” said Kılıç who met senior officials of the Federal National Council (FNC) during the visit.

In bilateral meetings, parliamentarians discuss not only bilateral relations but international relations as well, he pointed out, adding that there are many opportunities for cooperation in multilateral forums such as Inter-Parliamentary Union (IPU), the global organisation of national parliaments.

In the Turkish parliamentary system, all international agreements that the government signs must pass through parliament and the first step begins at the foreign relations committee. Therefore, the foreign relation committee chairman mentioned that interactions with members of other parliaments are crucial. “It is important to have a first-hand experience and knowledge of the country that you are having relations with,” he explained.

Turkey and the UAE as strategic partners can together address a lot of regional and international issues, the top parliamentarian said.

International trade has been affected by Covid-19; currently the world is facing a food and energy security crises, and people also have a hard time because of global inflation, he pointed out.

“And this is of course something that we can address together. And there is also an opportunity to have joint investments in Turkey, in the UAE and also in third countries,” Kılıç suggested, underscoring the potential of bilateral cooperation.