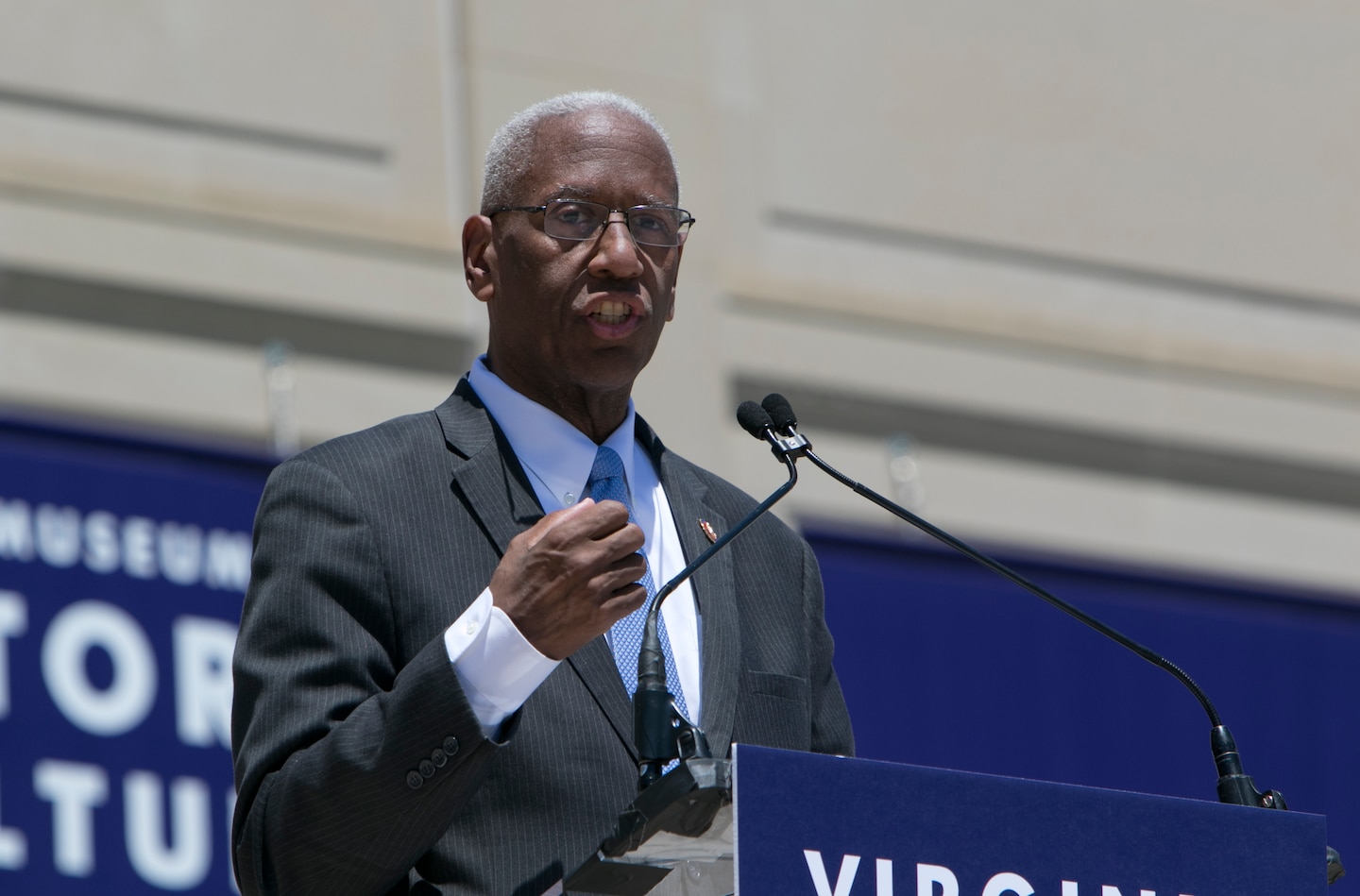 RICHMOND — Rep. A. Donald McEachin (D-Va.) died Monday, just weeks after winning reelection to Congress, his office announced. He was 61.

McEachin had represented Virginia’s 4th District, which stretches from Richmond to the North Carolina line, since 2017. Before that, he had served nine years as a state senator and eight as a delegate.

“We are all devastated at the passing of our boss and friend, Congressman Donald McEachin,” McEachin’s chief of staff, Tara Rountree, said in a statement late Monday night. “Valiantly, for years now, we have watched him fight and triumph over the secondary effects of his colorectal cancer from 2013. Tonight, he lost that battle, and the people of Virginia’s Fourth Congressional District lost a hero who always, always fought for them and put them first.”

A minister and lawyer, McEachin was the Democratic nominee for state attorney general in 2001, losing to Republican Jerry Kilgore. State Sen. L. Louise Lucas (D-Portsmouth) recalled “watching him make history as the first ever African American nominee” for that position. He was only the third African American to represent Virginia in the U.S. House.

Although McEachin’s health struggles had been known for years, his death still caught many by surprise.

“Hearing the news of his death sent a shock of pain through me tonight,” Lucas tweeted.

McEachin has publicly discussed his battle with cancer, and did so as recently as two weeks ago. At a packed movie theater hosting a “Black Panther: Wakanda Forever” viewing party, McEachin stressed to the crowd “the importance of early detection,” urging regular exams, as WTVR reported at the event. “Don’t fool around. Don’t go through my journey,” McEachin said. “Go to the doctor.”

In 2018, McEachin attributed a dramatic weight loss to complications from his cancer treatment and walking miles around the Capitol every week. The next year, he underwent two surgeries after he developed a fistula, which his doctor described to the Richmond Times-Dispatch as “an abnormal connection between the bladder and colon.” He was also hospitalized that year for a blood clot.

But in 2020, McEachin told the Times-Dispatch that he was moving past the health problems that at one point had caused him to shed 60 pounds from his 6-foot-5 frame.

“God gets you to stuff, and then he gets you through stuff,” he told the paper then.

In 2016, a Washington Post profile described the newly elected congressman as a “Star Trek fanatic” who is “at once goofy and cerebral.” An Army brat born in Germany, McEachin studied political science at American University before earning his law degree at the University of Virginia. His wife, Colette McEachin, is commonwealth’s attorney for Richmond. They are the parents of three adult children.

McEachin faced Republican Leon Benjamin, also a minister, this year and in 2020. The Democrat won this year with nearly 65 percent of the vote.

“He was a gentle giant, a compassionate champion for underdogs, a climate warrior, a Christian example, an understanding dad, a proud husband, a loyal brother,” Kaine said in a statement emailed from his office.

In Congress, McEachin was known as an impassioned champion for environmental justice and for policies to mitigate climate change, with keen attention to its uneven impact on disadvantaged or minority communities.

In keeping with those priorities, McEachin had co-founded the United for Climate and Environmental Justice Task Force, while also serving on the House Energy and Commerce Committee, Natural Resources Committee and Select Committee on Climate Crisis. He fought as well for preserving historic land and natural beauty, such as the Great Dismal Swamp in southeastern Virginia.

Rountree said the congressional office will remain open and will continue to serve McEachin’s constituents until a new representative is elected. A special election for his replacement will be called at a date chosen by Gov. Glenn Youngkin (R).

“Heartbroken to learn of Don McEachin’s passing,” Rep. Gerald E. Connolly (D-Va.), who represents part of Northern Virginia, tweeted. “A noble friend, husband, and father. An environmentalist, civil rights advocate, faithful public servant, and a man of consequence. There was no better ally to have. I will miss him terribly.”

Rep. Jennifer Wexton (D-Va.), who served with McEachin in the state Senate, called McEachin a dear friend and mentor and “one hell of a legislator and leader,” whose “trusted counsel and ever calming presence helped me learn the ropes of public service in Richmond.” She said she would not be in Congress today were it not for him.

“As I considered making the decision to run back in 2017 and visited him on Capitol Hill,” Wexton wrote in a statement, “he left me with a parting note on which were written the words of Thomas Paine: ‘These are the times that try men’s souls. The summer soldier and the sunshine patriot will, in this crisis, shrink from the service of their country; but he that stands by it now, deserves the love and thanks of man and woman.’ Donald insisted that he and I were not ‘sunshine patriots.’ For his words of inspiration and belief in me, I am forever grateful. I will dearly miss the wisdom and encouragement of my friend.”

“Congressman McEachin was a brilliant, compassionate human being,” it said. “His love for humanity was always uppermost in his work, whether on civil rights, the environment, energy, or voting rights. His is a voice that will surely be missed as will his very presence.”

The Late Late Show to End After James Corden's Exit