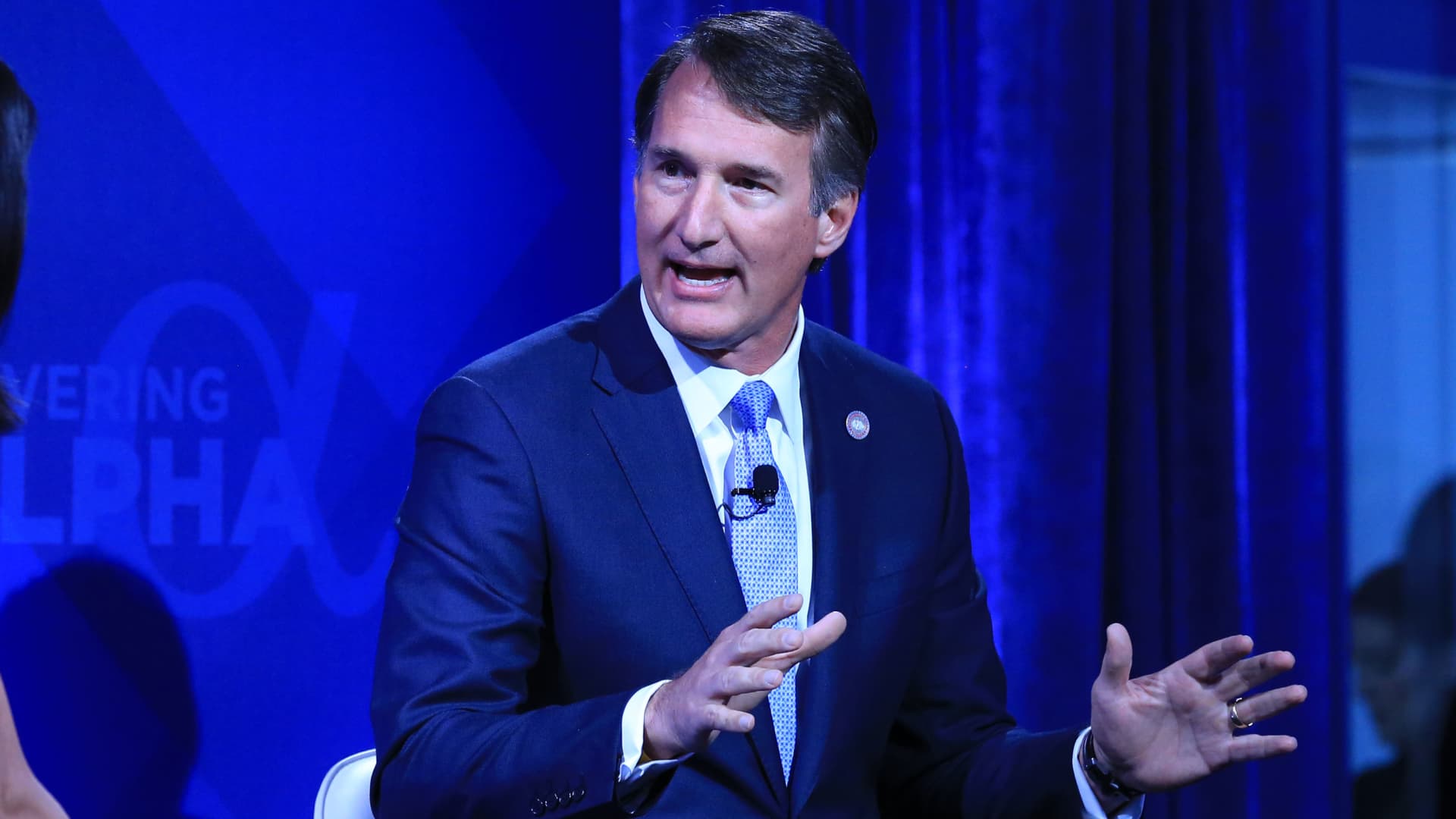 “I think that will be a calming influence. Now instead of having single-party government, we have divided government and we could end up with, I think, a little more rational spending,” Youngkin told CNBC’s Ylan Mui at the Delivering Alpha conference in New York City on Wednesday. “I am expecting that if that can happen we will see, yes, a slowdown, but we won’t see a hard landing.”

Youngkin, a Republican, said Americans generally think his party will take back the House and that he’s “cautiously optimistic” it will also retake the Senate. A former private equity executive, Youngkin’s victory in Virginia last year was his first elected office. He ran for governor after 25 years with The Carlyle Group, one of the world’s most influential private equity firms, retiring as co-CEO.

“I think there’s a moment here where, yes, demand is feeling a real pressure from the rise in interest rates, but I do think we can manage through this with an election outcome that I think restores balance, but on top of that, companies maintaining confidence, moving forward with their long-term investment plans and maintaining their hiring plans.”

Youngkin has declared Virginia “open for business” and has sought to attract companies to the state. Virginia is ranked third in CNBC’s America’s Top States for Business in 2022 after holding the top spot for the previous two consecutive years.

Youngkin predicted that Republican gains in November’s midterm elections could boost the economy in the same way that, he says, former President Donald Trump’s 2016 win did six years ago.

He said there’s broad fear now that the economy is heading toward a recession, which he said is caused by a decline in consumer confidence.

“If you remember, go back to 2016 where it was clear that we were going to head into a recession and it was also broadly thought that Hillary Clinton was going to win,” Youngkin said “What happened, of course, was there was a switch, a change. When Donald Trump won all of the sudden optimism went back into the market and we avoided a recession.”

The University of Michigan Consumer Sentiment Index rose 8.2 points above the November preelection reading after Trump’s election in 2016, pushing the index 6.6 points higher for the entire month.

Strengthen Your Portfolio With These Three Iron Ore Stocks