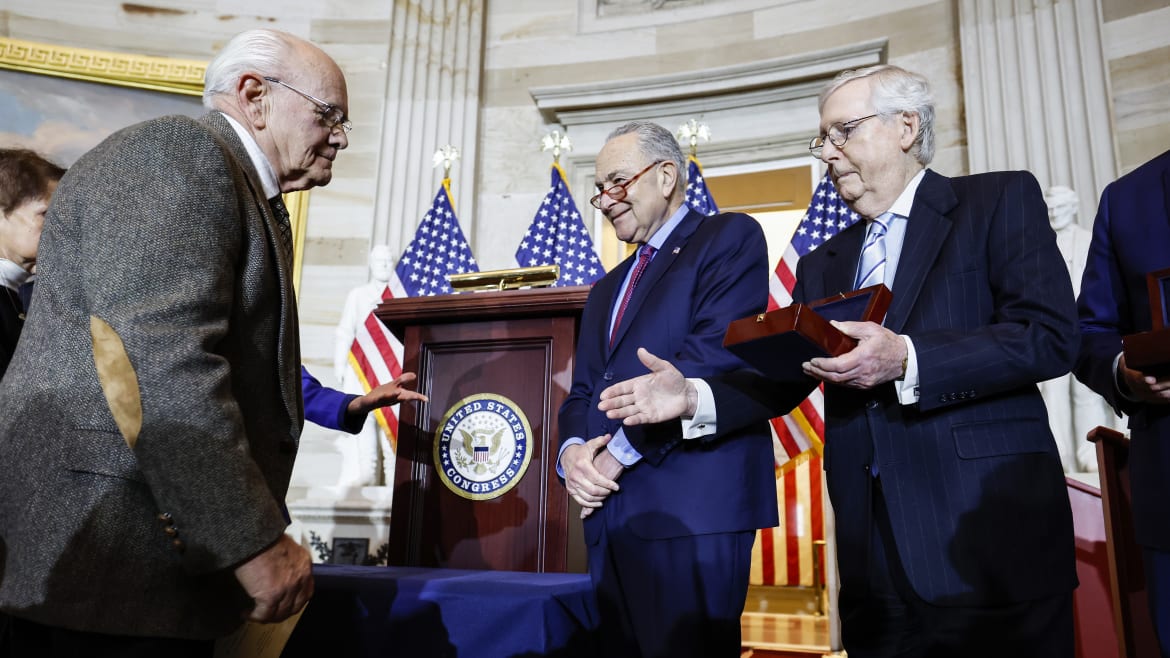 The family of Brian Sicknick, the police officer who died a day after being assaulted during the Capitol riot, brutally snubbed Republican leaders on Tuesday as they accepted a congressional gold medal awarded to cops who defended the country on Jan. 6, 2021.

Sicknick, a U.S. Capitol Police officer, was assaulted with pepper spray during the melee and collapsed after returning to his division office. The D.C. medical examiner later ruled he died of a stroke, deeming it a natural cause of death despite acknowledging that “all that transpired played a role in his condition.” Capitol Police listed it as a death in the line of duty.

Several Republican members of Congress have since downplayed the riot, calling rioters “patriots,” painting themselves as the real victims, and voting against a bill to award congressional medals to officers.