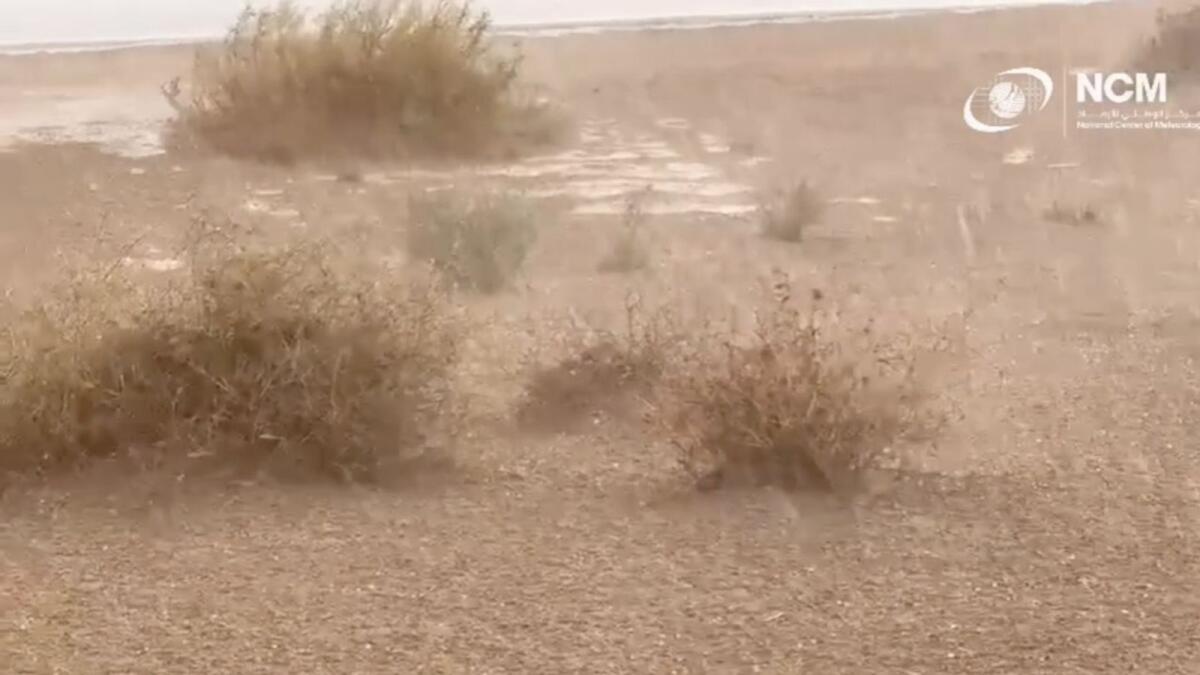 Heavy rains and hail have hits parts of the UAE, including Dubai. Although the country has been receiving plenty of icy showers recently, they don’t often reach the city.

The NCM has issued an alert, warning of poor visibility caused by rains and high-speed winds.

Over the past few weeks, parts of the UAE have been receiving heavy rain and hail. Videos posted online last month and in August show residents scoop up ice pellets.

The UAE transitioned into the fall season last month, and temperatures have dipped significantly. The mercury will fall further throughout this month.

The NCM said in its monthly climate report that October would see a “significant decrease” in temperatures and “rapid changes in weather conditions.”