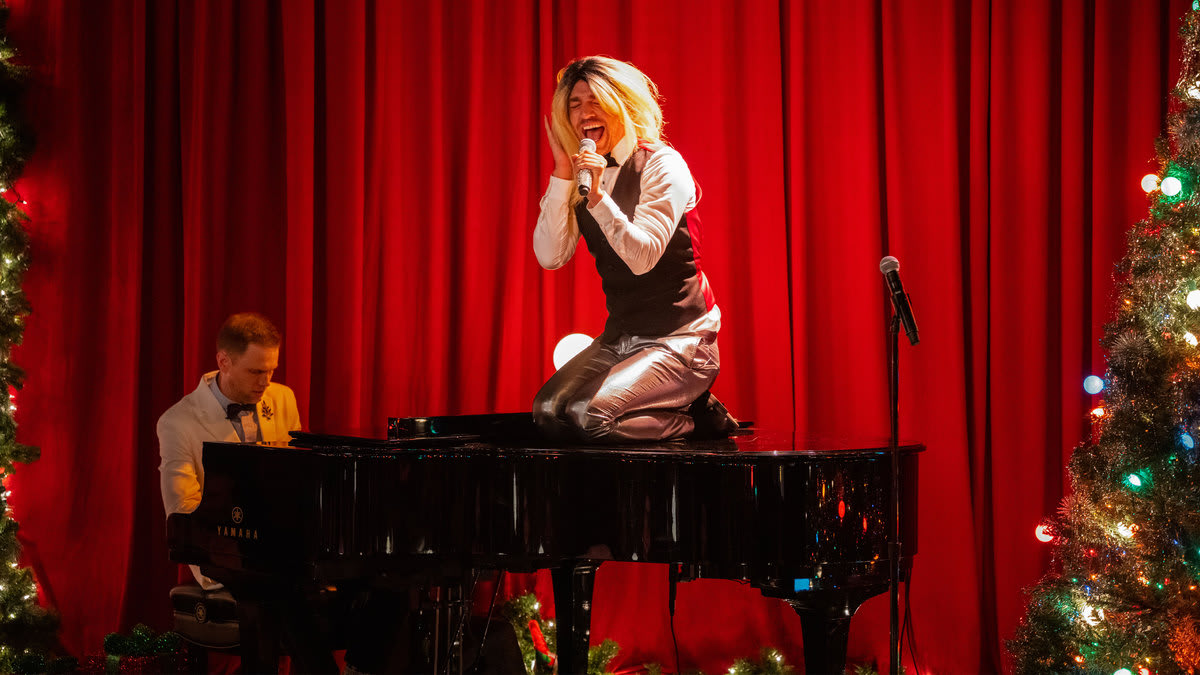 As Matt Rogers puts it to me ahead of his big holiday special’s premiere on Showtime this Friday, “Mariah Carey is pretty much always on my mind whether I’m trying to create a sexy mid-tempo R&B song in her voice and style or not.”

When he was coming up with song ideas for Have You Heard of Christmas? with his musical collaborator and ex-boyfriend Henry Koperski—“Is it bad boundaries or good instincts? Maybe both!”—he remembered that Carey had written a song called “Where Are You Christmas?” for the 2000 live-action film How the Grinch Stole Christmas, even though it ended up being performed by Faith Hill as the Cindy Lou Who character.

“I was watching The Grinch one day, like I do every year, and I saw Christine Baranski as Martha May Whovier and I thought, ‘Well, you’d think Mariah would write her theme song,” Rogers explains. “She’s the only single adult woman in Whoville. I bet that’s complicated.”

What emerged was the show-stopping number “Hottest Female Up in Whoville,” in which Rogers dons a blonde wig, sits atop Koperski’s piano and channels the “Queen of Christmas” herself to belt out lines like “Ice pussy, I’m the Whoville thriller” and “I’m a definitely fuck this Grinch” as you can see in the exclusive full song clip below.

When Koperski first heard the idea for the song, he thought it was “clever, but didn’t realize how freakishly hilarious it really was until we performed it for a live audience for the first time.”

“He was inches from my face, squirming around on top of the piano wearing a blonde wig, and nailing R&B riffs that I honestly did not think he was capable of heretofore,” Koperski adds, describing the song as a “perfect combination of everything we all associate with Matt: the music of Mariah Carey, fierce middle-aged female film characters, Christmas, and the intersection of sexy and goofy.”

Recently, Rogers received a note from someone who had watched his new special and then Googled to see if the song really was written by Carey for The Grinch. “And I have to say, I feel like I won right there,” he says. “I really tried hard to mimic the vocal stylings and inflections and patterns she employs, so maybe that’s what fooled them. Because I know Mariah, and she would not refer to her ‘ice pussy’ in her lyrics. She’s way too good a writer for that. At the very least, she’d get the thesaurus out and find a better word.”

For more, listen to Matt Rogers on The Last Laugh podcast.