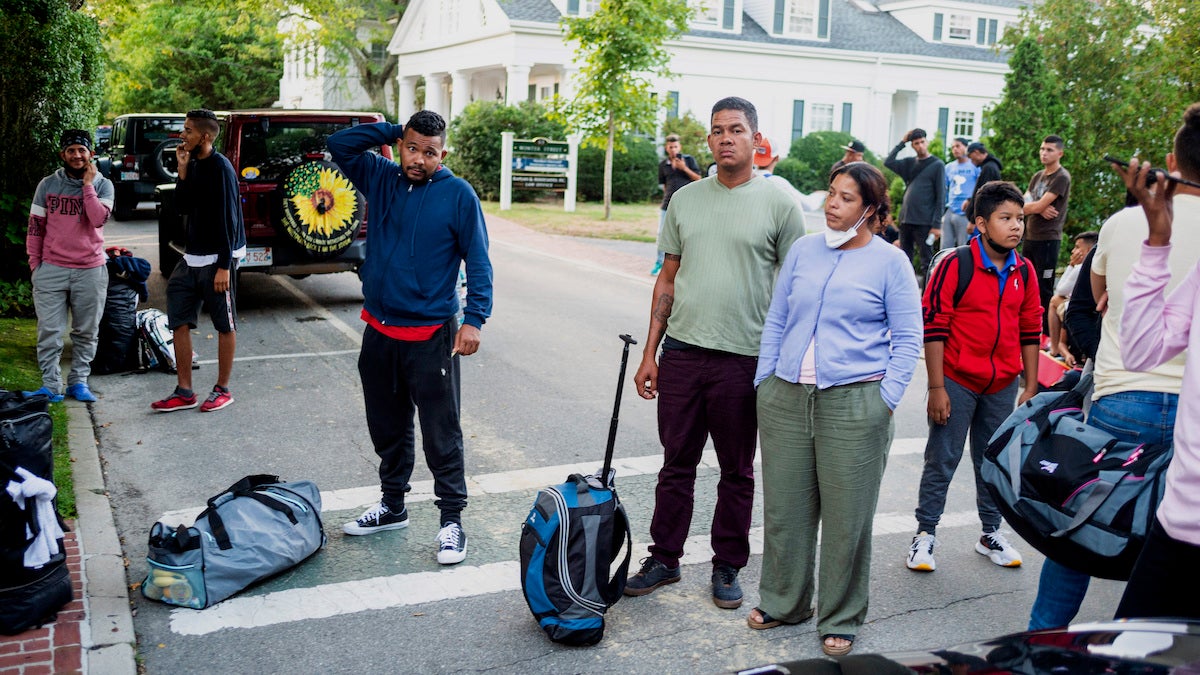 A man who recruited migrants for flights to Martha’s Vineyard earlier this month said he was offered clothes, food, and money in exchange for his work.

In an interview with CNN, the man — who spoke with the network anonymously — said he was living on the streets of San Antonio for 28 days as a newly arrived migrant before a woman named “Perla” approached him to help secure immigrants for flights to Massachusetts.

“My only intention was to help the people so they could get some stability,” he said through a translator.

Though the flights originated in Texas, Florida Gov. Ron DeSantis took credit for the transport, which his office said was part of a state program intended to relocate migrants to sanctuary cities and states. The group of about 50 migrants arrived on the island Sept. 14 without notice.

“I never, ever knew that it was a governor or politician (behind the flights),” the recruiter told CNN. “So my only will has always been to help people.”

Many of the migrants have said that Perla approached them in San Antonio and lured them onto the planes with deceptive promises of immigration assistance and other aid. The anonymous recruiter similarly told CNN he was under the impression that the migrants would receive resources upon arrival in Massachusetts.

He added: “Everything was always voluntary; no one was ever forced to do anything.”

However, the man said he received a concerned phone message from one of the migrants upon their arrival on Martha’s Vineyard.

“We are at the utopia, man, and there’s nothing,” the unidentified migrant said in an audio message provided to CNN. “We are waiting to see if we can find a bed, because I’m going to have no place to sleep. There’s nothing here. We’re adrift here. These people didn’t even know we would arrive.”

Later that night, the recruiter said Perla left him an audio message.

Many of the migrants have since relocated to Joint Base Cape Cod. Last week, Boston-based Lawyers for Civil Rights, which is representing several of the migrants, filed a class action lawsuit against DeSantis, the state of Florida, Florida Department of Transportation Secretary Jared Perdue, and other “accomplices.”

The non-profit and other advocates have also called for a criminal investigation into the migrants’ transport.

One legal option for the migrants could be the U-visa, intended for noncitizens who have suffered mental or physical abuse as victims of certain crimes, and who help in the investigation or prosecution of criminal activity.

“The purpose of the U-visa is to encourage cooperation with law enforcement officials, because otherwise, immigrants are often too afraid to come out of the shadows to discuss crimes against them or other people with law enforcement,” Susan Church, one of the attorneys representing the immigrants pro bono, told GBH. “So this would absolutely be a great fit for a U-visa.”

When an immigrant is approved for a U-visa, they and their family members can remain in the U.S. lawfully for up to four years, with potential extensions, and can get authorization to work and later apply for a green card to become permanent residents, according to GBH.

However, the U-visa comes with a long wait for approval, the news outlet noted. Attorneys may also pursue asylum claims for the migrants, many of whom hail from Venezuela — a country wracked by violence and a lack of food, medicine, and essential services, according to UNHCR, the UN Refugee Agency.