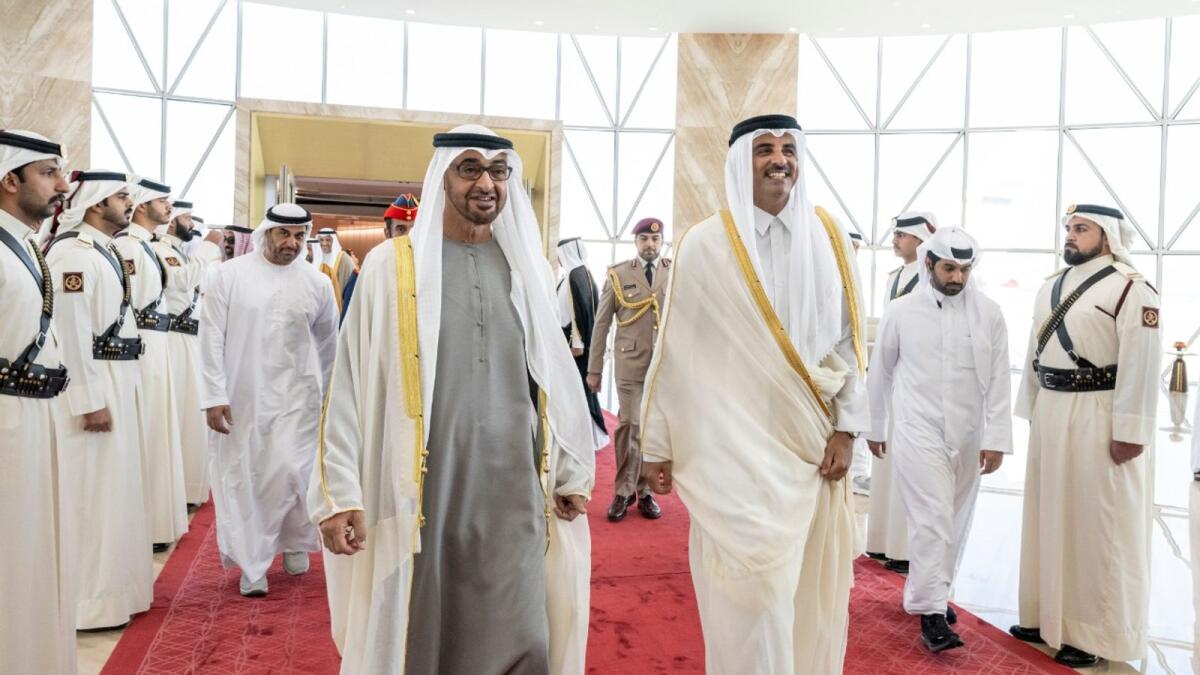 He landed in Doha accompanied by a number of senior officials and was welcomed by the Emir of Qatar, Sheikh Tamim bin Hamad Al-Thani, at Hamad International Airport.

He was also greeted by senior officials from Qatar, as well as a guard of honour, and a band playing the UAE and Qatar national anthems.

According to WAM, this state visit comes in response to an invitation extended by the Emir of Qatar, Sheikh Tamim bin Hamad Al-Thani, and stems from the brotherly relations between the two countries.

The President left Qatar in the afternoon on Monday, WAM reported.

Earlier, Sheikh Mohamed had congratulated Sheikh Tamim on the beginning of the Fifa World Cup, emphasising the UAE’s support for Qatar in hosting a successful tournament, which represents a great achievement for Qatar and the Arab world.