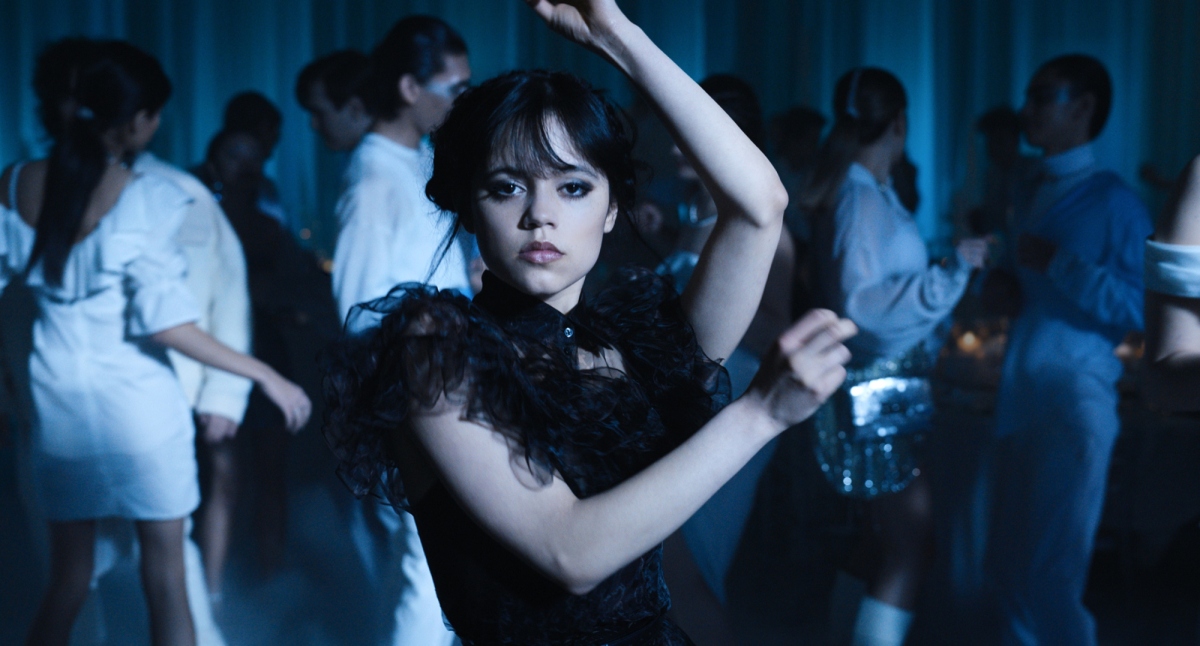 Jenna Ortega is quickly becoming the scream queen of Gen Z. Her latest role as Wednesday Addams in the Netflix series Wednesday adds another dark role to her ever-growing resume. The 20-year-old has successfully reimagined the beloved character while also embodying the characteristics that make Wednesday, Wednesday. Ortega’s version of the Addams’ daughter has plenty of intelligence, deadpan delivery, and dark interests. However, Ortega managed to add some new elements to her rendition of the character. A good example of this is the iconic dance scene in episode 4.

Ortega might make it look easy, but starring in Wednesday was hardly a cakewalk. In fact, The Fallout actor began preparing for the titular role months before the cameras started rolling. Because her character is so skilled, Ortega started taking lessons so she could believably embody her character. She took fencing lessons and cello lessons months before she started shooting and continued those lessons throughout filming.

But Ortega’s lessons weren’t limited to cello and fencing. Throughout the eight months that she filmed Wednesday in Romania, she also took archery lessons and stunt lessons so she could perform all of her own stunts. These lessons were in addition to the 12-hour workdays that the Scream star had. After seeing her dance scene, many fans might assume that Ortega also got dance lessons, but that wasn’t the case.

In “Woe What a Night,” Wednesday begrudgingly attends the Rave’N dance at her school, Nevermore Academy. Whilst there, Wednesday gave a truly captivating dance performance that was equal parts weird and fascinating. Fans of the show have championed Ortega’s performance in the dance scene. So they might be surprised to learn that the actor was actually very sick when she filmed that scene. She had come down with an unfortunate case of COVID-19.

While speaking with NME, Ortega got candid about what it was really like to film the dance scene. “It’s crazy because, on the day, it was my first day with COVID,” the Wednesday star revealed. “So it was awful to film, and I asked to redo it, but we didn’t have time.” Ortega explained that she didn’t feel she was at her best when she performed the scene before going into detail about how she was feeling at the time.

“I had woken up with body aches,” Ortega continued. “I felt like I had just been hit by a car the day before. I felt like a little goblin had been let loose in my throat and was just scratching the walls of my esophagus, so I definitely felt it. They were giving me medicine in between takes because we were waiting on the positive result.”

It’s pretty impressive that Ortega was able to give such a standout performance while having COVID. What’s even more impressive is that she choreographed the dance herself. Two nights before the dance scene, the You alum realized that she had to “throw something together.” So in her spare time, she watched lots of Bob Fosse, videos of ’80s goth clubs, Siouxsie and the Banshees, and more. Then, when it came time to film, she just improvised. Clearly, Ortega was the right choice for Wednesday. Only time will tell if she’s able to explore her character more in a sophomore season.