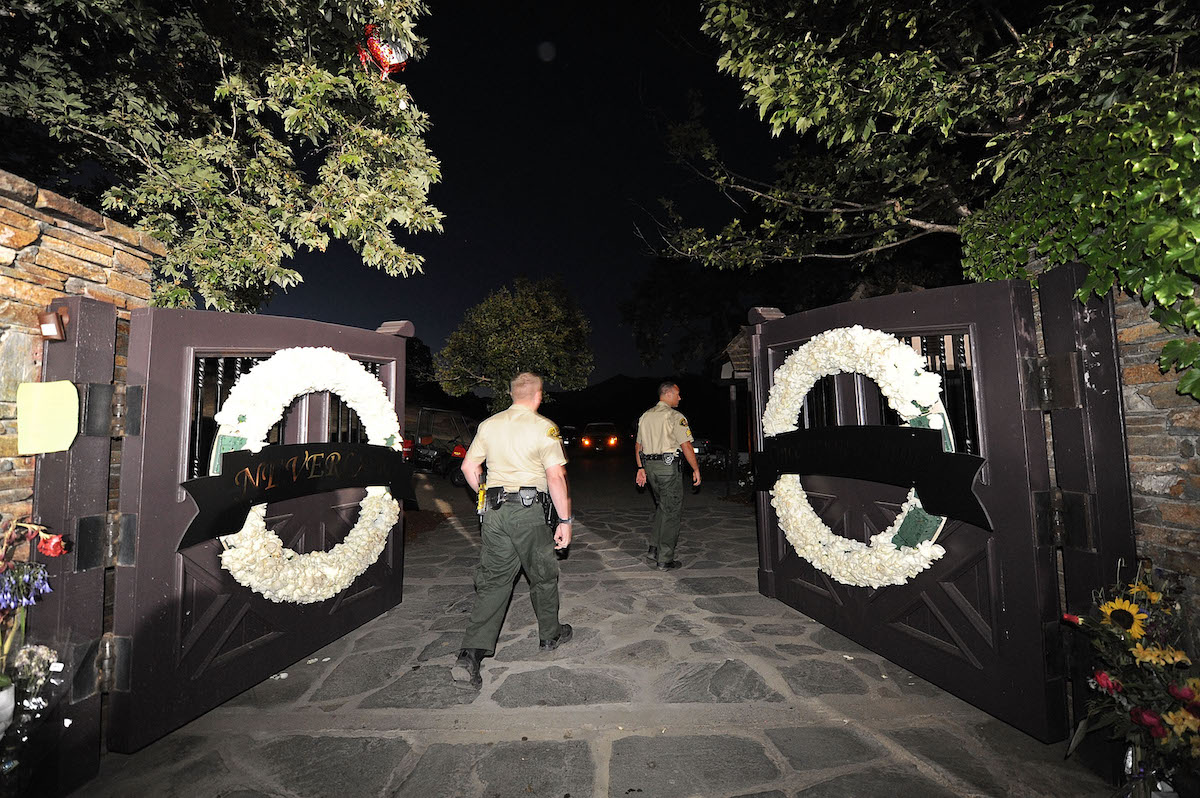 Few celebrities had fame like the King of Pop. Credited with changing music forever, Michael Jackson had 13 No. 1 singles and won 13 Grammy awards — collecting eight in one single night (a feat only matched one other time). The Gary, Indiana native was inducted into the Music Hall of Fame twice, once for his work with Jackson 5 and once as a solo artist.

Jackson’s impact on music is inestimable. However, the end of his life involved controversy that left his beloved home, Neverland Ranch, abandoned and Jackson’s legacy deeply marred.

Acquired at the height of his incredible career, Jackson’s Neverland Ranch was, in large part, the performing artist’s attempt to capture a childhood he never had. Jackson and his siblings were ruled with a heavy hand by their father, Joe, who had designs on their fame.

Joe detailed his rigorous training with his children to Time in 1984. He claimed to have trained the children for several hours every day for three years before they began to perform publicly.

Once they did, it did not take long for fame to take hold. Jackson and his siblings skyrocketed to celebrity status with the Jackson 5. They became the youngest group ever to top the Billboard Hot 100. Jackson was the youngest artist in a group to achieve this at age 11.

Because of this, Jackson’s Neverland Ranch was a place for him to experience the childhood he never had, reminiscent of the Lost Boys from J.M. Barrie’s famous novel Peter Pan. “I never had the chance to do the fun things kids do…” Jackson said, according to Biography. “I totally identify with Peter Pan, the lost boy from Never Neverland.”

Jackson was also eager to share his estate with others. He often invited young children to Neverland Ranch, a habit that would eventually end Jackson’s residence there and tarnish his career and reputation forever.

The accusations against Jackson began in 1993 when the LAPD first began investigating him on allegations of child abuse. According to NPR, Jackson was first accused of molesting four children, specifically, of having the young boys who visited him at Neverland sleep in his bed with him.

One family filed a suit against Jackson that year, but after the main witness declined to testify, the charges were dropped. Ten years later, police raided Neverland, and Jackson was arrested for child abuse.

In February of 2005, Jackson’s case went to trial. Four months later, he was acquitted of all criminal charges. Following the trial, Jackson swore he would never return to Neverland — a promise he kept. The sprawling estate remained abandoned for 15 years until its purchase, finally, in 2020.

A Reuters article from December 24, 2020 reports that Jackson’s Neverland Ranch was finally sold to billionaire Ron Burkle. Burkle is the controlling shareholder of the prestigious members-only club, Soho House, and is “a former family friend of Jackson.”

In a separate interview with the Wall Street Journal via mjvibe.com, Burkle says he was once invited to Neverland Ranch by Jackson, and the two struck up a professional relationship. Burkle then “served as an adviser to the singer on business matters.”

The sprawling 2,700-acre property was put on the market in 2016 and listed at $100 million, according to Yahoo Finance. It was taken off the market, rebranded as “Sycamore Valley Ranch,” and relisted in 2017 at $67 million. Jackson’s name was notably absent from the relisting. Finally, in 2020, Burkle bought the property for $22 million.

The property is located approximately 120 miles north of LA in Los Olivos and includes a 12,000-square-foot mansion, lagoon-style pool, tennis courts, basketball courts, dance studio, theater, and a train track complete with a station. The property also once housed amusement-park rides and a zoo. While the rides were long removed when Burkle purchased the estate, he’s since replaced them.

While many rumors have buzzed about Burkle turning the property into one of his members-only clubs, Burkle says he has no plans for the property except to restore it to “the beautiful place it was before.”