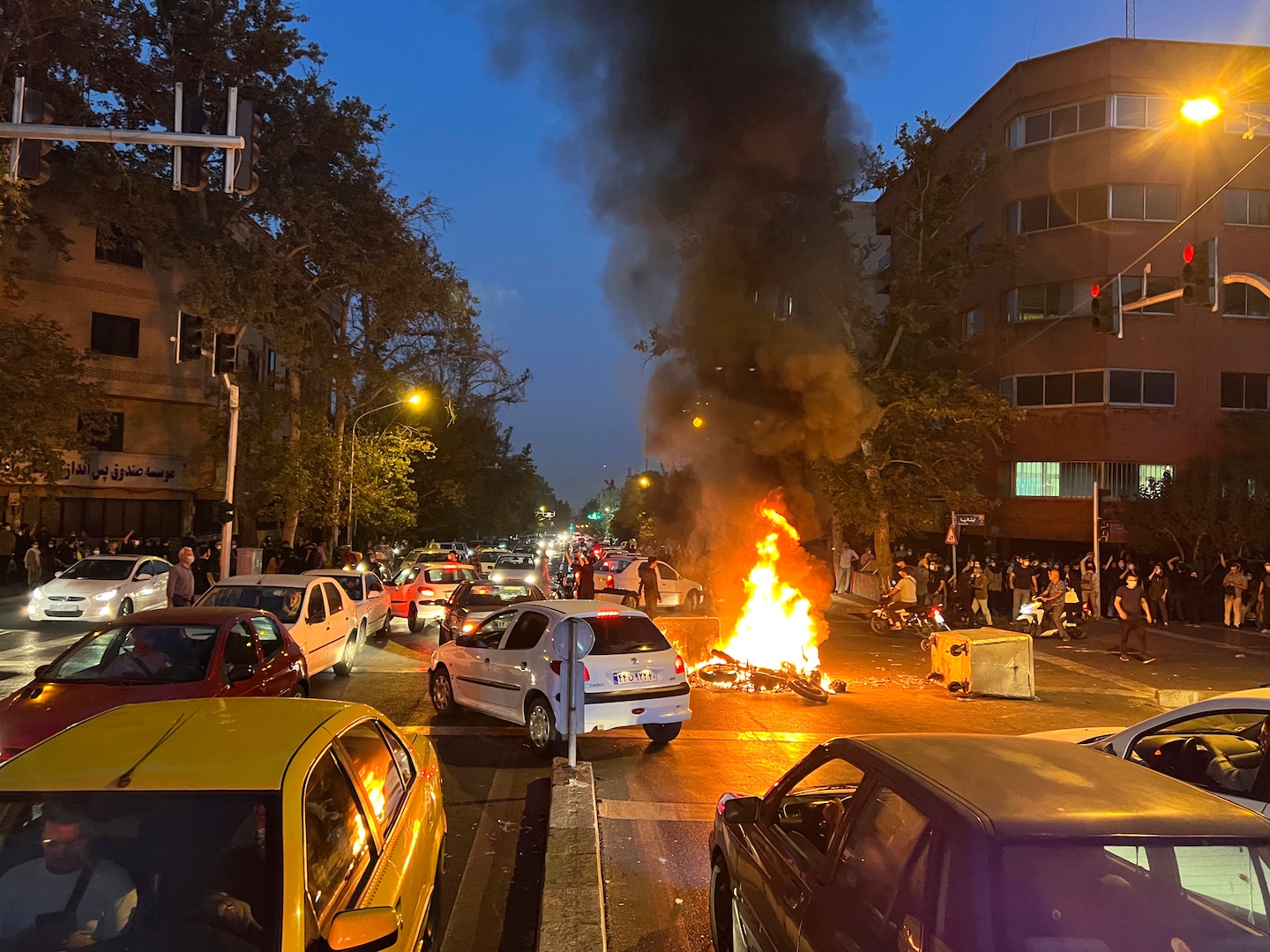 Iran has been gripped by anti-government protests since the death of a young woman, 22-year-old Mahsa Amini, in police custody in Tehran on Sept. 16.

Members of Iran’s Guidance Patrol, or “morality police,” detained Amini for allegedly violating the Islamic Republic’s conservative dress code. She later died from what authorities said was a heart attack — a claim her family denies.

Her death ignited nationwide demonstrations, mobilizing Iranians fed up with years of repression and economic neglect. Residents of Tehran, Tabriz, Mashhad, Isfahan, Shiraz and even the holy city of Qom, have marched in the streets and faced off against security forces. Dozens of people have been killed, and hundreds more injured and arrested, according to rights groups. Authorities have blocked Instagram and WhatsApp, as well as cut or slowed access to the internet and cellular service in much of the country.

Iranian President Ebrahim Raisi, in an interview aired on state television in late September, portrayed the protests as largely violent and instigated by the West. “They want to create chaos and jeopardize security in this country,” he said, referring to the United States.

Here’s what to know about what’s happening in Iran.