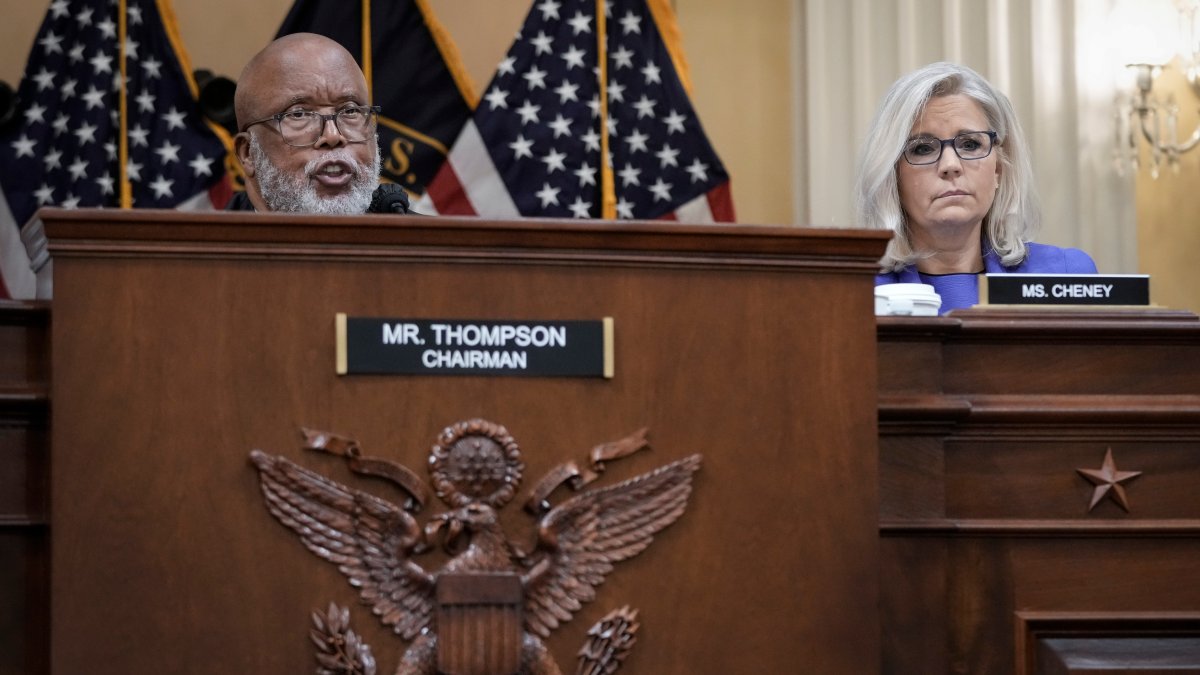 The House committee investigating the Jan. 6, 2021, attack on the Capitol has laid out a roadmap for the hearings this month as it examines President Donald Trump’s responsibility for the melee and the damage that resulted for law enforcement officers, members of Congress and others in attendance that day.

The next round of hearings won’t take place in prime time like the debut on Thursday, but lawmakers will go into greater detail about specific aspects of the insurrection.

Here’s a snapshot of what the committee says is ahead:

Rep. Liz Cheney of Wyoming, the Republican vice chair of the committee, said lawmakers will present evidence Monday at the second hearing showing that Trump “engaged in a massive effort to spread false and fraudulent information” that the election had been stolen — even though advisers and allies told him repeatedly he had lost.

The panel touched on that theme in its first hearing with a clip from former Attorney General Bill Barr, testifying that he repeatedly told the president “in no uncertain terms that I did not see evidence of fraud” that would have affected the election.

“I remember sharing with him that we weren’t finding anything that would be sufficient to change the results in any of the key states,” Cannon said.

When asked how Meadows responded, Cannon said: “I believe the words he used were, ‘so there’s no there there.’”

President Joe Biden on Friday stressed the importance of a House committee’s hearings on the U.S. Capitol riot. “I know together… we can unite and defend this nation, Democrat and Republican. Allow no one to place a dagger at the throat of our democracy.”‘

PRESSURE ON THE JUSTICE DEPARTMENT

Cheney says the third hearing Wednesday will focus on how Trump pushed for the Justice Department to “spread his false stolen election claims in the days before January 6.” Senior Justice Department officials refused, telling him his claims were not true.

She noted how Trump sought to elevate Jeffrey Clark, an environmental lawyer at the department, to the job of acting attorney general. Clark had drafted a letter to send to Georgia and five other states saying the Justice Department had “identified significant concerns that may have impacted the outcome of the election.”

Trump nearly gave the top job to Clark but backed down when senior Justice Department leadership and White House lawyers threatened to resign, testimony has shown.

“The men involved, including Acting Attorney General Jeff Rosen and Acting Deputy Attorney General Richard Donoghue, were appointed by President Trump,” Cheney said. “These men honored their oaths of office. They did their duty, and you will hear from them in our hearings.”

Clark has invoked his Fifth Amendment privilege against self-incrimination and refused to testify to the committee.

Cheney said the fourth hearing will focus on Trump’s efforts to pressure Vice President Mike Pence to stop Congress from certifying some electoral votes for Biden on Jan. 6 — something he had no power to do in his ceremonial role.

There was a gasp in the hearing room when Cheney read an account Thursday from inside the White House. When Trump was told the Capitol mob was chanting for Pence to be hanged for refusing to block the election results. Trump responded that maybe the mob was right, that he “deserves it,” Cheney said.

The day promises plenty of political intrigue as both Trump and Pence seek to shape the Republican Party for years to come, and perhaps make a run for the presidency in 2024.

Cheney said the fifth hearing, expected the following week, will focus on the president’s efforts to pressure state legislators and state election officials to change the election results, including additional details about Trump’s call to Georgia officials urging them to “find” 11,780 votes.

She also is promising new details about efforts to instruct Republican officials in multiple states to create false electoral slates and transmit those slates to Congress, Pence and the National Archives, falsely certifying that Trump won states he had actually lost.

Cheney said the final two hearings will focus on how Trump summoned supporters to march on the Capitol, and when the violence was underway, failed to take immediate action to stop them.

The last hearing will have a moment-by-moment account of Trump’s response to the attack from former White House staff, both through live testimony in the hearing room and via videotape.

“There is no doubt the President Trump was well aware of the violence as it developed,” Cheney said. “White House staff urged President Trump to intervene and call off the mob.”