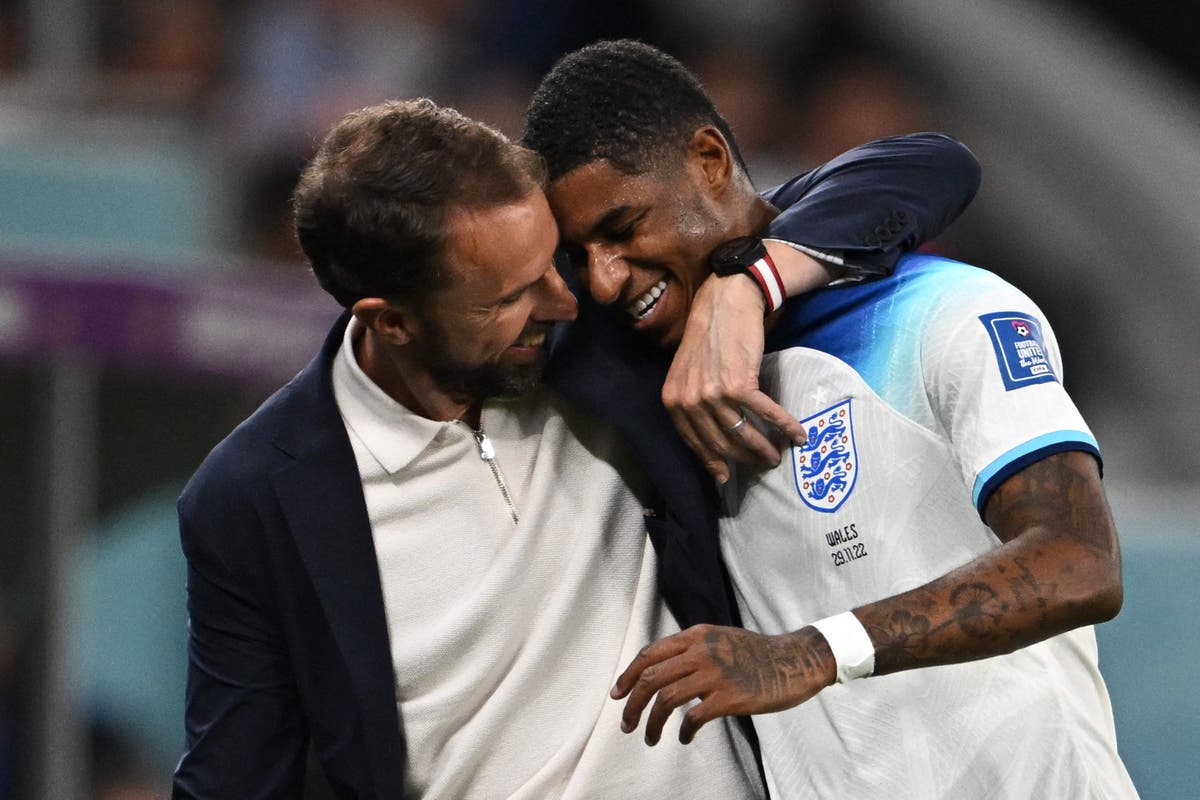 Gareth Southgate’s Three Lions squad will be hoping to make it back-to-back finals in major international competitions later this year – and this time go one step better and lift the trophy.

Four years ago England reached the semi-finals of the 2018 World Cup as the upturn in international fortunes began under Southgate, before they went the distance to the final at Euro 2020. Now in Qatar the objective will remain the same, to end the long wait since 1966 for success on the biggest stage.

Three matches in the group phase and then three further knock-out fixtures must be navigated at the finals before the trophy is up for grabs on 18 December at the 80,000-seater Lusail Stadium.

England navigated the qualifiers with ease to reach Qatar, winning eight and drawing two to finish ahead of Poland, Albania, Hungary, Andorra and San Marino. But many of those matches were merely opportunities for Southgate and his coaches to put early plans in place and get an idea of how the team can continue to be built in the pursuit of success this winter.

Here is the route England must now take to reach the World Cup final for the first time in over 50 years, and the sides they’ll face along the way.

As England won Group B:

The runner-up from Group A are the Three Lions’ opponents since they topped Group B themselves.

While Ecuador were in pole position for that spot heading into the last game, they lost to Senegal and so the African champions will be England’s last-16 opponents. Netherlands finished top, with Qatar bottom.

England’s round of 16 game will take place on Sunday 4 December at 7pm GMT.

The winner of the tie between the winner of Group D and the runner-up of Group C: France topped their group as expected – ahead of Australia, Tunisia and Denmark in that order – so it’s the winners of the reigning world champions and Poland, who finished runner-up in Group C.

If England reach this stage, the match will be on Saturday 10 December at 7pm GMT.

The winners of Group F and Group H could find their way to the semi-finals to meet England should they get this far. Morocco sprung a surprise by beating Croatia and Belgium to top spot in Group F, and they will face Spain in the last-16 after Luis Enrique’s side could only manage second place in Group E.

After seeing off the best of Europe to reach the final, England may have to play the kings of South America in order to win the World Cup. Brazil and Argentina are in line to meet in the semi-finals in what would be an epic clash in Lusail on Tuesday 13 December, though we’ve already had plenty of shocks and more could yet follow. The final is on Sunday 18 December at 3pm GMT.