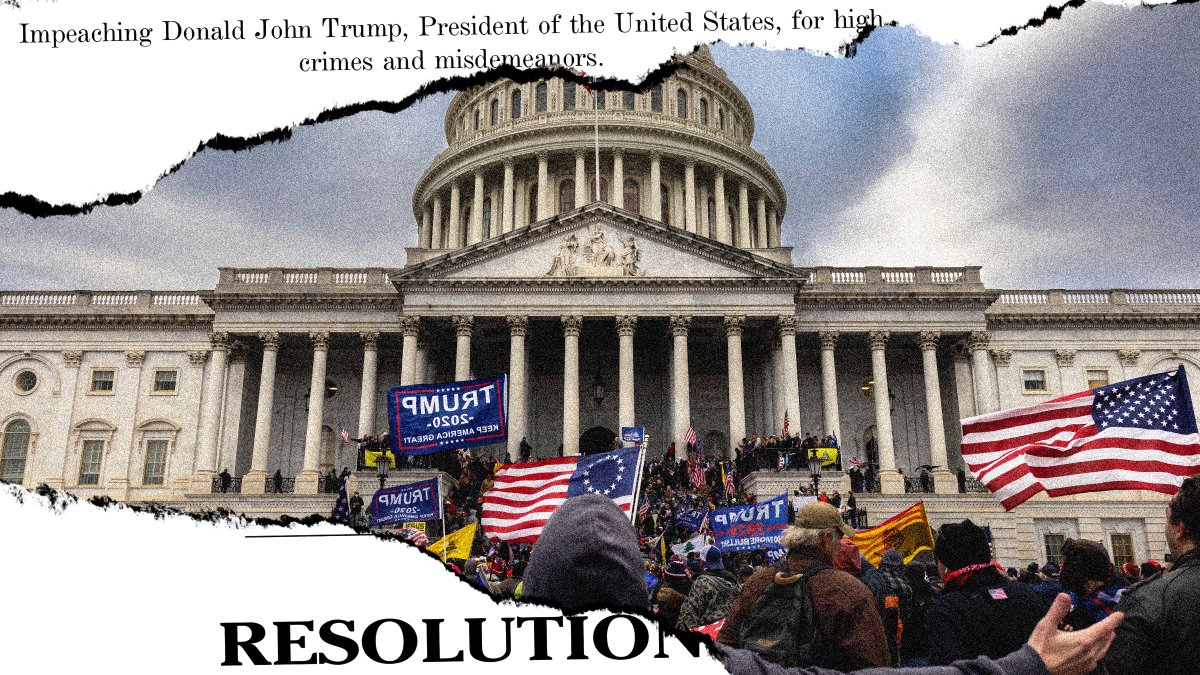 A year after rioters took over the U.S. Capitol, spurred on by Donald Trump’s false claim that the 2020 presidential election was stolen from him, lawmakers and others continue to worry about the strength of American democracy.

The bloody attack on Jan. 6, 2021, which President Joe Biden’s described as an “unprecedented assault,” came after outgoing President Trump gave a speech repeating his false assertions about a rigged election and landslide victory, and insisting his supporters would “stop the steal.”

He urged those listening to him to “fight like hell” and to march over to the Capitol building to “peacefully and patriotically make your voices heard.”

A crowd did march to the Capitol and a mob broke in, leading to several deaths that day and in the days that followed. Capitol Police officer Brian Sicknick suffered two strokes after being sprayed with a chemical irritant. Four officers later died by suicide. Trump supporter Ashli Babbitt was shot to death by a Capitol Police officer as she tried to climb into the Speaker’s Lobby. Two others had heart attacks, while one died from an accidental overdose of a prescription drug that can be used to treat attention-deficit disorder and narcolepsy.

More than 725 arrests have been made in connection with the riot, and 31 people have been sentenced to jail time so far. The cases continue.

A House committee continues to investigate and is in a U.S. Supreme Court battle with the former president over documents over which he is trying to assert executive privilege. It is seeking testimony from several Trump associates.

Meanwhile former top aide Steve Bannon has been indicted on charges of contempt of Congress.

Here is a look at what happened in the last year.

Storming of the Capitol

A joint session of Congress meets to certify Joe Biden’s presidential election victory, while outside, after a speech by President Donald Trump, his supporters march to the U.S. Capitol. A mob battles with Capitol Police, breaks into the building, chanting “Hang Mike Pence,” and threatening House Speaker Nancy Pelosi and other legislators. Pence and lawmakers are rushed to safety. Later that night, after the building is secured, Biden’s win is certified.

President Donald Trump is impeached by the House of Representatives on a single article related to the Jan. 6 assault on the Capitol: “inciting violence against the Government of the United States.” A month later he is acquitted in the Senate by a 57-43 vote, short of the 67 votes that would have barred him from running for office again. Democrats had tried to make the case that he intentionally incited the mob to attack the Capitol.

Capitol Police officer Eugene Goodman receives the Congressional Gold Medal, the highest civilian honor, for diverting the mob inside the Capitol from the Senate chamber and leading Utah Sen. Mitt Romney away from approaching rioters.

The first guilty plea comes in connection with the riot. Jon Schaffer, a member of the Oath Keepers militia from Indiana, pleads guilty to illegally entering the U.S. Capitol. Schaffer, who turned himself in after a photo was published of him inside the Capitol, was wearing a tactical vest and carrying bear spray.

The House creates a select committee to investigate the attack on the Capitol. Two GOP representatives, Liz Cheney of Wyoming and Adam Kinzinger of Illinois, agree to sit on the committee, angering fellow Republicans. It expects to release an interim report in the summer of 2022.

Former presidential adviser Steve Bannon is indicted on two counts of contempt of Congress after refusing to answer questions or provide documents to the Jan. 6 committee. Trump has told his former aides not to turn over documents that could be protected under executive privilege. The indictment is a first of its kind. Bannon left his job at the White House in 2017.

The House committee investigating the Jan. 6 riot uncovers texts from the president’s son and several Fox News hosts imploring Mark Meadows, then chief of staff, to convince Trump to halt the violence. Two of the hosts, Sean Hannity and Laura Ingraham, now accuse the Jan. 6 committee of partisanship.

The Jan. 6 committee refers former Chief of Staff Mark Meadows to the Justice Department for a possible criminal charge for refusing to answer questions about the attack. Meadows, a former U.S. representative from North Carolina, provided documents to the congressional committee before claiming executive privilege and halting his cooperation. He allegedly sent an email saying National Guard troops would protect Trump’s supporters on Jan. 6. Republican Jim Jordan of Ohio accuses Democrats of destroying executive privilege.

The House committee seeks details from close Donald Trump advisor Republican Rep. Jim Jordan of Ohio about communications with the president on Jan. 6. Committee chair Bennie Thompson (D) of Mississippi says in a letter to Jordan that the committee believes Jordan “had at least one and possibly multiple communications with President Trump on January 6th.” Jordan says on Fox News: “We’re going to review the letter.” The committee also wants information from Republican Rep. Scott Perry of Pennsylvania, who says he will not comply.

Former President Trump asks the U.S. Supreme Court to block the National Archives from turning over documents from his time in office to the Jan. 6 committee. The committee is seeking documents related to the riot, including records of communications between the White House and the Justice Department. Trump asserted executive privilege but President Joe Biden directed the National Archives to release the information. The Jan. 6 Committee asks the Supreme Court to deny Trump’s attempt to shield his records.

The Justice Department releases a tally of more than 725 arrests in connection with the riot. More than 150 people have pleaded guilty to federal charges, 70 have had their cases adjudicated and 31 were sentenced to time in jail. Robert Palmer of Florida received the most serious punishment, more than five years in prison for assaulting police officers with a fire extinguisher and other weapons. More than 225 are charged with assault or resisting arrest, more than 75 with using a deadly or dangerous weapon against police officers.

Watching the Riot on TV

Rep. Liz Cheney of Wyoming says the Jan.6 committee has testimony that Ivanka Trump asked her father at least twice to intervene to stop the riot. It also has testimony that Trump watched the attack on television while sitting in the dining room next to the Oval Office, Cheney says on ABC News’ “This Week.”