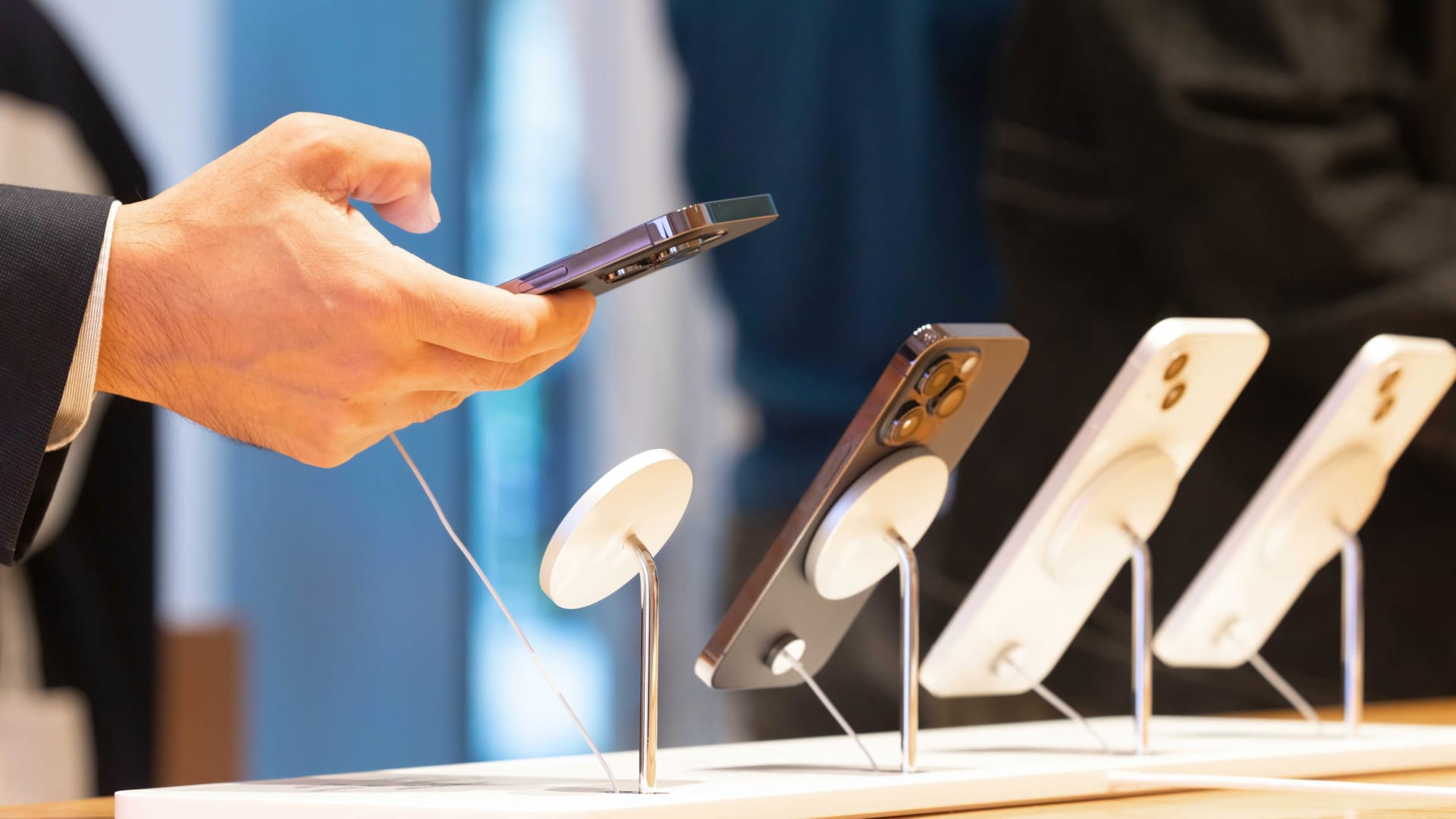 Apple‘s newest iPhones, the series 14 models, come with better displays, cameras, and satellite messaging, among other features and updates. But depending on where you live, they also may come with a higher price tag.

While some analysts projected that Apple might increase the price of its latest iPhones across the board due to continued supply chain challenges and inflation, potential buyers in the U.S. and China saw no increases compared to the series 13 models.

But for consumers in markets like the U.K., Japan, Germany, and Australia, the newest models also came with significant price increases.

For example, the base iPhone 14 model starts at $799 in the U.S., the same price that the company charged for the iPhone 13 at its release last year.

That price difference only increases with the more enhanced models. For example, the iPhone 14 Pro Max in the U.K. is £150 more expensive than the equivalent last year’s model.

The reason Apple took the step to increase the price of phones in those markets has to do with currency fluctuations.

“Essentially every currency around the world has weakened against the dollar,” Apple CFO Luca Maestri said on the company’s fourth-quarter earnings call with analysts last week. “The strong dollar makes it difficult in a number of areas. Obviously, our pricing in emerging markets makes it difficult, and the translation of that revenue back into dollars is affected.”

While Apple reported that its revenue increased 8% in the quarter to $90.15 billion, Apple CEO Tim Cook told CNBC last week that the company would have grown “double-digits” if not for the strong dollar.

Foreign currency exchange is “a very significant factor that is affecting our results, both revenue and gross margin,” Maestri said. Apple does hedge against its currency exposures “in as many places as possible around the world,” he said, but those sorts of protections do start to reduce as the company needs to continue to buy new contracts.

But Apple also examines the foreign exchange landscape when it launches new products, Maestri said, which led to these most recent price increases.

“In some cases, for example, customers in international markets had to … they saw some price increases when we launched the new products, which is not something that, for example, U.S. customers have seen,” he said. “And that’s unfortunately the situation that we’re in right now with the strong dollar.”

While recent currency fluctuations versus the U.S. dollar are causing some international buyers to pay more for an iPhone, there have been instances where Apple instead absorbed those costs.

In 2019, when the U.S. dollar also saw a rise in value compared to other currencies, Apple adjusted foreign prices in some markets and reset them to near or the same as they had been in local currencies a year prior.

However, the reason Apple did that was due to a decline in sales as a result of the price increase. For example, in Turkey, where the local lira had fallen 33% against the dollar in 2019, Apple’s sales were down $700 million.

“We’ve decided to go back to [iPhone prices] more commensurate with what our local prices were a year ago, in hopes of helping the sales in those areas,” Cook told Reuters in an interview at the time.

But in 2022, Apple says it has not seen any drop off in demand in those markets. Maestri noted that it saw double-digit growth in India, Indonesia, Mexico, Vietnam, and other countries even in their respective reported currencies.

“It’s important for us to look at how these markets perform in local currency because it really gives us a good sense for the customer response to our products, the engagement with our ecosystem, and in general, the strength of the brand,” Maestri said on the earnings call. “And I have to say, in that respect, we feel very, very good about the progress that we’re making in a lot of markets around the world.”

The U.S dollar has also risen steadily against the Chinese yuan over the six months, but there have been some signs that demand for the new Apple iPhones in the country might be weakening. While Maestri said Apple saw new September quarter records in Greater China, a recent report from Jeffries said that China sales of the four new iPhone 14 models over their first 38 days of being sold are down by 28% compared to the iPhone 13 models over the same period of time.

Here are some other comparisons of the prices of the base iPhone model between the 14 and 13 series:

Apple isn’t the only company acknowledging the impact that currency headwinds are having on its business and pricing decisions.

McDonald’s reported that currency dragged down its revenue by 7 percentage points, accounting for its 5% year-over-year decline in sales – which would have increased by 2% without the currency impact. With 60% of its sales coming from outside of the U.S., “Obviously, we’re translating those sales back into less U.S. dollars,” CFO Ian Borden said on the company’s earnings call last week.

At P&G, the currency hit keeps getting bigger. The consumer products company reported a 6% decline in net sales due to “unfavorable foreign exchange,” which followed 3% and 4% negative currency impacts in each of its previous two quarters. The company had to raise its forecast for the exchange rate impact this year to $1.3 billion, with CFO Andre Schulten saying on the company’s earnings call last week, “Foreign exchange has continued its strong move against us.”

James Quincey, CEO of Coca-Cola, which makes approximately 80% of its earnings outside the U.S., said the dollar has been a high single-digit headwind this year. “It’s likely to be a big headwind like that next year,” Quincey said on CNBC’s “Squawk on the Street” last week.

Coca-Cola, like Apple, has looked to offset some of the currency headwinds by raising prices, something it said it expects to continue to do as the U.S. dollar shows little signs of waning. “We are expecting pricing to be ahead of normal next year on top of what’s happened this year,” Quincey said.

So far, Coca-Cola has not reported demand dropping as a result of the higher prices, but Quincey did say there are some potential consumer concerns on the horizon.

“We do see our consumers are beginning to respond in a traditional way they would in a recession; delaying discretionary and high-ticket discretionary items and perhaps going to more private label or discount dollar channels,” Quincey said, noting “some effects of reduction of purchasing power out there in the marketplace.”