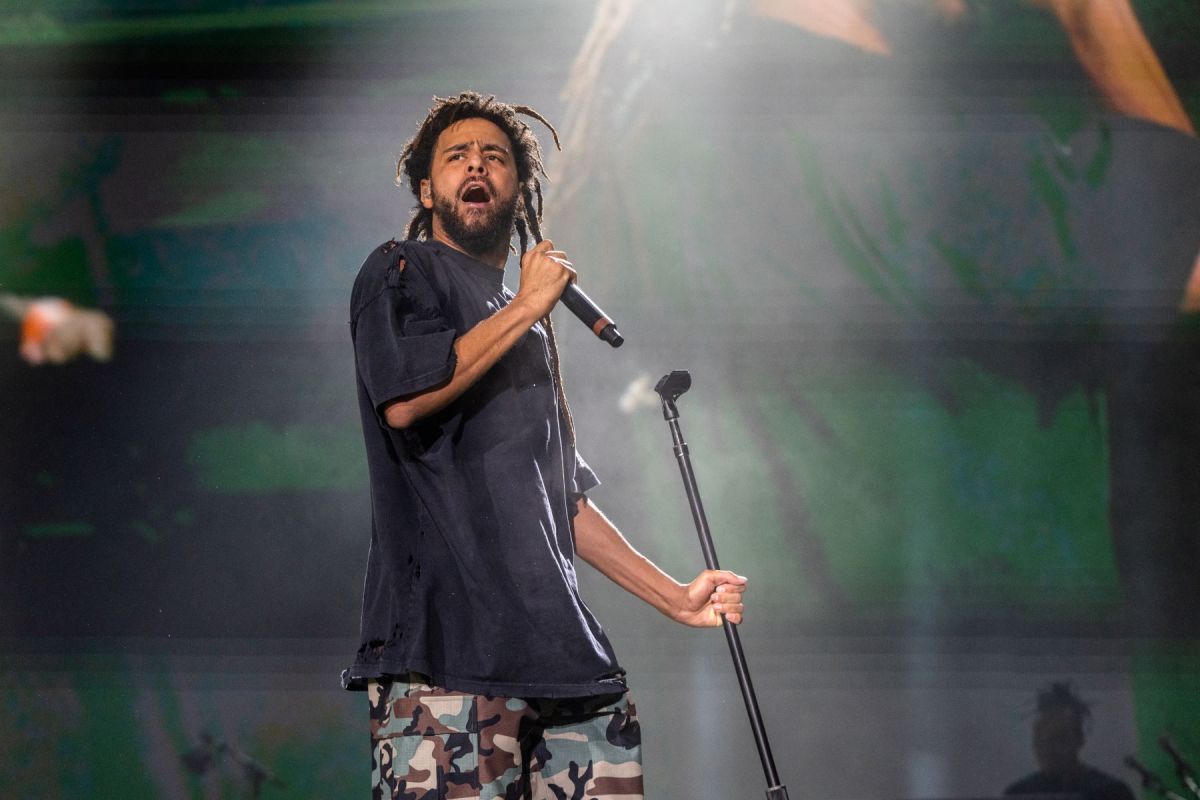 What comes first, the signature moniker or the hit song? Musicians should always be judged on their music first and foremost, but a good name undeniably plays a role in marketing a person’s art and convincing people to listen to it. Sometimes it takes trial and error to find the right persona. J. Cole planned on pursuing a rap career from an early age, but his first stage name was a little more theatrical than what he goes by now.

A friend told J. Cole to go by the name Therapist

J. Cole talked to MTV back when the channel still pretended to care about music for a short-lived show called When I Was 17 in 2011 to discuss his life before the fame.

Cole grew up in Fayetteville, North Carolina, and according to Complex, he started rapping at the age of 12 after hearing his cousin do it. He began to take it more seriously a couple of years later when he linked up with Bomm Sheltuh, the biggest hip-hop act in the city at the time.

Cole’s first songs were made under the alias Blaza, but the unique names of the Bomm Sheltuh duo inspired him to find something better. “One [group member] was Nervous Reck and the other was Filthy Ritch,” Cole remembered. “I was like man, ‘Those are the most creative rap names I ever heard. I need a rap name like that!’.”

The artist couldn’t come up with another nickname from his life, so he and his friends hit the books in search of a word that would stick. “We used to look through the dictionary for rap names. I could never find nothing. One day [Bomm Sheltuh] were like, ‘Yo, we got a name for you, it’s Therapist.’”

He quickly realized the nickname didn’t suit his style

J. Cole wasn’t especially enthused by the name but decided to go with it out of respect for his mentors. Nervous Reck suggested that he play up the doctor angle to make it work. “I was like maybe it could work, you just gotta play on the whole doctor image and being therapeutic and your music is therapeutic,” Reck said on the episode.

Cole rapped as Therapist for a few years, but by the time his first mixtape, The Come Up, came out in 2007, he was using a moniker much more in line with who he really was.

“A few years later, I realized Therapist sounded like a wrestler’s name. It didn’t feel real,” he said with a laugh. “J. Cole felt like my real name. That was a real natural fit. It didn’t feel like I was trying to be anything.”

J. Cole’s brand has undergone many changes since his career started.

He signed to Roc Nation in 2009 and his first two studio albums, Cole World: The Sideline Story and Born Sinner, had a lot in common with the mainstream rap releases of the early 2010s for better and worse. The records weren’t terrible, but they lacked a real sense of Cole’s personality.

His third album 2014 Forest Hills Drive, was a turning point for the rapper. The more introspective and relatable lyrics endeared him to fans and remains his best-selling album, eventually becoming certified triple platinum in 2019. This and the following album, 4 Your Eyez Only, put Cole in a special lane where only he and Kendrick Lamar reside as hugely successful hip-hop artists who prefer to talk about conscious topics over materialistic boasts.

By every metric, Cole is a superstar. Still, he is beloved by his fan base because of his ability to strip away all pretensions of celebrity and explore topics in his songs that are grounded in everyday reality.

In addition to his music, Cole is helping other artists get on through his label Dreamville Records, releasing albums from the likes of JID, Earthgang, and Ari Lennox, as well as four compilation albums featuring the entire roster of talent.

RELATED: Who Is J. Cole Dating?