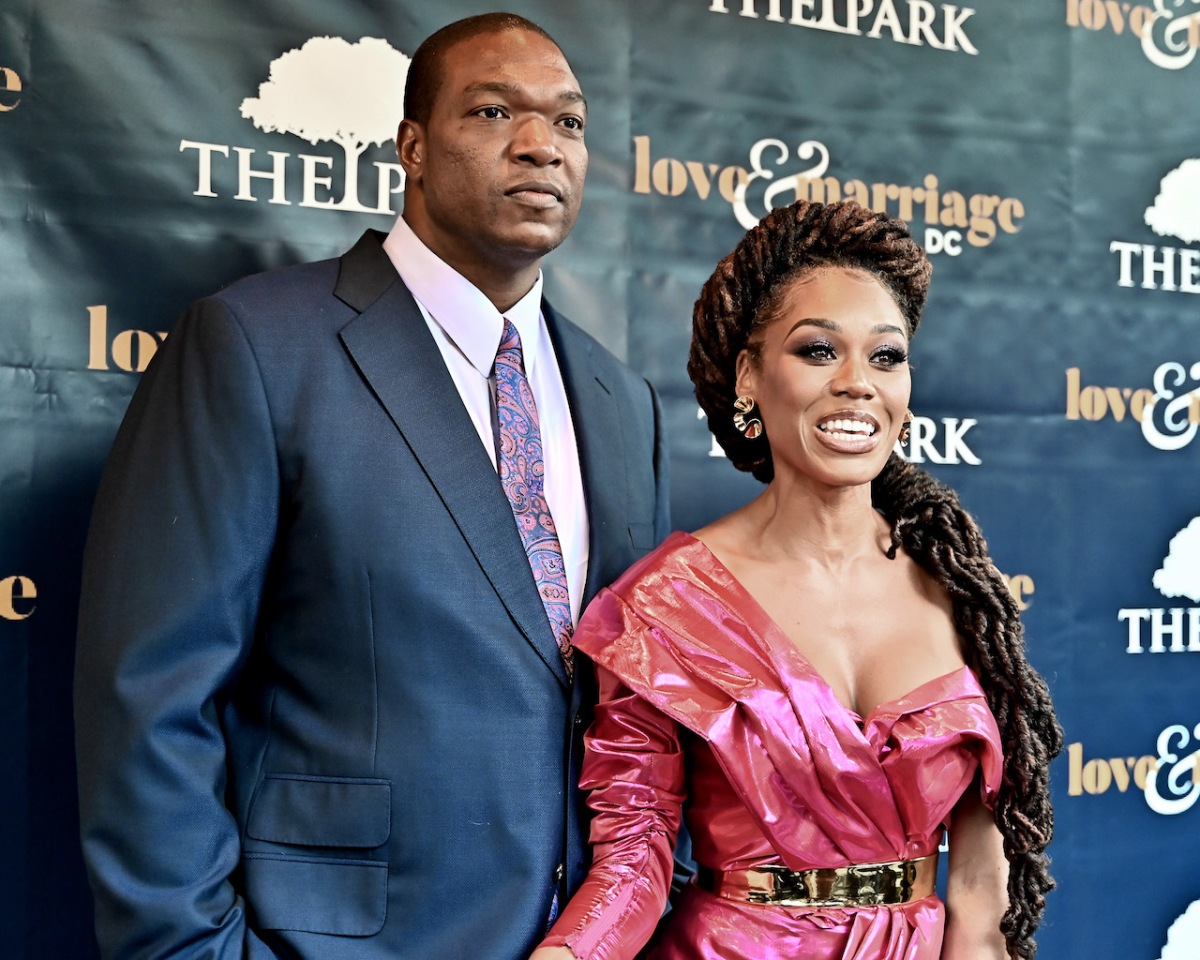 The Real Housewives of Potomac fans were excited to see Monique Samuels back on the small-screen in Love & Marriage: D.C. The reality series followed the Samuels’ and two other couples in the D.C., Maryland, and Virginia area as they navigated their marriages and personal woes. Fans accused Monique of being nagging and dissatisfied with her husband, Chris, for minute reasons. Now, she’s explaining why she left the show and has no plans on ever doing reality TV again.

Season 2 of the OWN reality series is scheduled to premiere in Jan. 2023. The first season followed the Samuels, DJ Quick Silva and his wife Ashley, and Jamie and Erana Taylor. A promo for the second season only shows the Silvas and Taylors. The Jasmine Brand reports the reason for the Samuels’ absence is due to them not participating in the forthcoming season.

“We’re told that they didn’t film anything for season 2,” the source notes. The decision is said to be solely up to Chris and Monique. They aren’t the only couple not returning to the show.

Neil and Tasha Lyons were featured as friends of the show in Season 1 and became fan favorites. Tasha confirmed in a Twitter comment that they are not returning. “I’m a firm believer that everything happens for a reason. That’s not where God wanted me and my family,” JaysRealityBlog captured in a screenshot.

Samuels hosts a morning radio show for WPGC in D.C. and confirmed on air that she’s not returning. While she says they were set to continue sharing their story, the business side of things were not handled the way she would have liked it to have been.

“We actually wanted to show how we were navigating our marriage issues…we did our initial production meeting…but the main reason we didn’t start filming was because of contract issues. So, God works in mysterious ways because how convenient was it that this who divorce narrative was put out there – but the fact that Chris and I – even to this day, we never even started filming,” she explained, regarding the PEOPLE Magazine report that alleged she and Chris were separated and headed to divorce after 10 years of marriage.

While the Samuels did confirm they were living in separate homes for a trial separation, they shot down divorce allegations.

Why she says she’s done with reality television

Monique previously vowed to be done with reality TV, even joking that she had “reality TV PTSD” after RHOP. But Carlos King, executive producer of the OWN series made her reconsider. Now, she says she’s done for good.

“At this point, I think we’re done with reality TV, honestly, and I’m just at a place in my life where I will never again in my life allow myself to be devalued,” she said. “The contract has to make sense for me. When I’m filming, I’m giving my all. So, if you want all of me, you gotta make sure that paperwork is straight.”