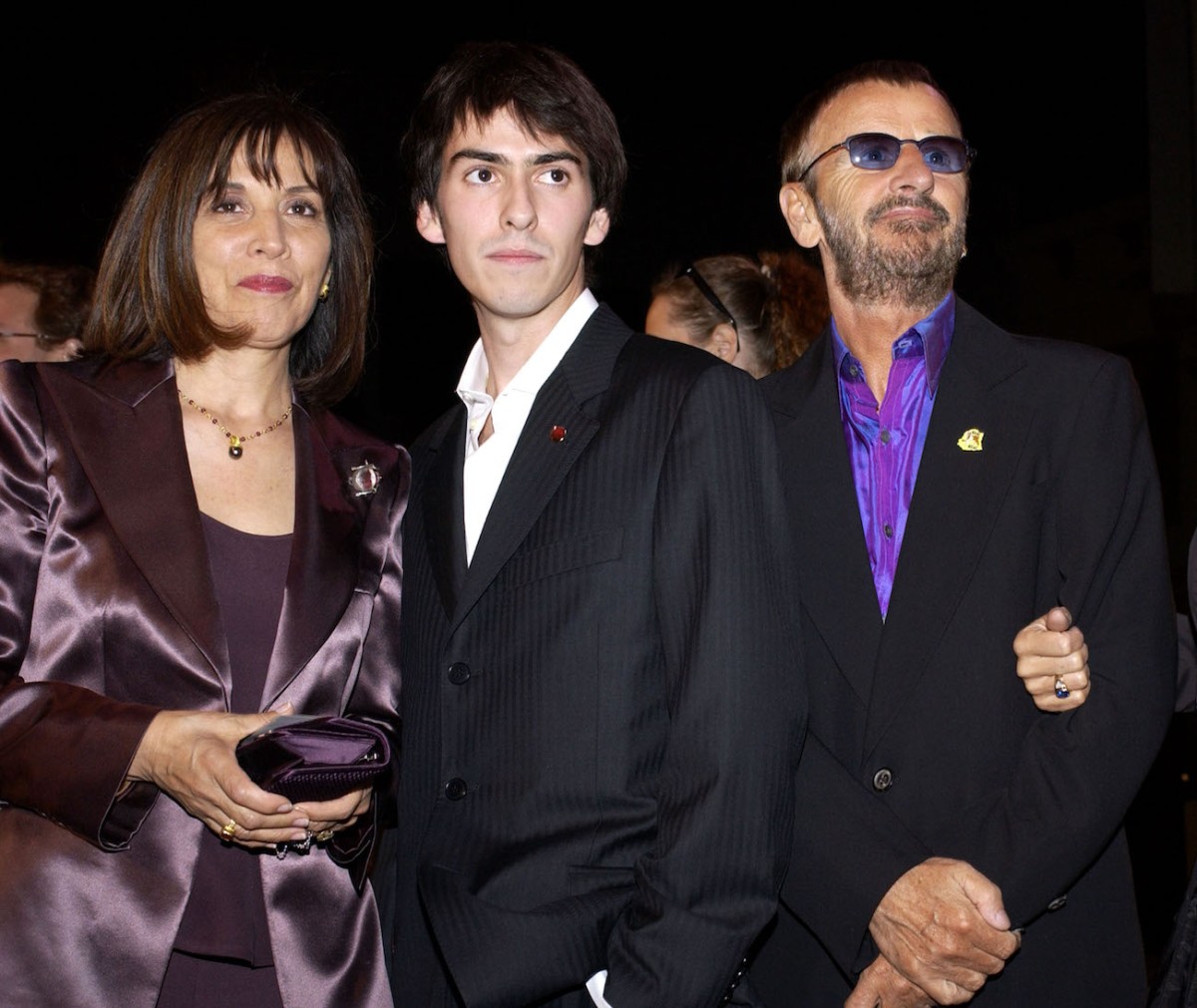 George Harrison‘s son, Dhani, could’ve had his father’s fellow Beatle, Ringo Starr, teach him the drums. If you want to learn, you have to learn from the best. However, it didn’t exactly go to plan.

Dhani grew up in the recording studio

When Dhani was little, George never pushed music or his famous band on him. However, he didn’t exactly hide what he did for a living, either. All Dhani knew was that his father “pushed buttons” for a living, which was what George and his wife, Olivia, wanted. They tried raising him out of the spotlight.

When his father’s famous friends came to call, it was nothing out of the ordinary. Dhani would sit with them for hours in the recording studio as they made songs.

“I hung out with my parents. I was always trying to be with the big kids, and the big kids at my house were like (ELO frontman) Jeff Lynne,” Dhani told Daily Mail. “You’d come home and it was like, ‘Bob Dylan’s here.’ It’s hard to get a bit of perspective on, like, ‘How did your school test go today?’”

George always treated Dhani like an adult and tentatively showed him how those buttons worked. “My dad treated me like an adult – I got involved, he taught me how to make records from an early age. I grew up in a recording studio,” he said.

Soon, Dhani started learning the piano and guitar and his Uncle Ringo was more than willing to teach him the drums too.

RELATED: Why George Harrison Said ‘The Rutles’ ‘Liberated’ Him From The Beatles’ Legacy

You’d think having one of the best rock ‘n’ roll drummers as a pseudo-uncle would be beneficial. Not so much in Dhani’s case. Ringo tried teaching his fellow Beatle’s son the drums and failed.

“Dhani doesn’t play drums because of me,” Ringo said in a video about Concert for George, George’s tribute concert, “because I was here once and he was a baby. I always used to give lessons to kids, you know, because kids love to make that noise.

“Anyway, Dhani comes in and I said, ‘Dhani, come on, play the drums.’ [Imitates drum noise] And he just ran out of the room screaming. [Laughs].”

Dhani eventually made it to the drums, albeit without Ringo’s help. He added, “And I probably did run out screaming. But I had this little mini pearl kit and used to have it set up in the hall and so they’d all sit around playing their acoustics and, I don’t know if you remember, but I’d sit there and drum.

“Apparently, I could keep time. I can’t remember any of this and, apparently, I was a good drummer. Until Ringo came over and frightened it out of me.”

RELATED: George Harrison Didn’t Love Guitars Because They Were Sexual

Apparently, Ringo had trouble showing the drums to his son, Zak, as well. When Zak was born, Ringo declared that he didn’t want his son to become a drummer like him.

For a while, when Zak was a child, he played the guitar after seeing the rock band T. Rex live in concert.

“When I was about 7, I went with my dad to see T. Rex, and I said to my dad, ‘I want to be like that guy. I want a guitar,’” Zak told the Pittsburgh Post-Gazette in 2019. “I got a guitar and started to learn, and I was playing guitar for two or three years.”

After years of playing the guitar, Zak wanted to learn the drums, but not because of his dad. Hearing Keith Moon play with The Who inspired him.

“I found a Who record in my parents’ record collection, and I made this connection between the guy on the cover and a guy that was always ’round at our house,” Zak explained. “This guy used to come and hang out with me and my brother and play Monopoly and feed the hamsters and stuff like that.”

Zak, who was 10 at the time, played The Who’s Meaty Beaty Big and Bouncy, and the energy “just blew me away, and that day I switched to drums. I started learning to play drums by listening to The Who and playing along with it.”

Ringo didn’t let Moon get all the credit for bringing Zak over to the drums. Soon he was showing Zak the ropes. “One day we were together in the studio, and he said, ‘Do you want me to show you how to do this?’ And I said, ‘Yeah.’ And he gave me one lesson and the next day came back and said, ‘Try doing this,’ and I said, ‘I can do that,’ and he said, ‘You’re on your own, mate.’”

Ringo might not have been able to teach Dhani the drums, but at least he got to show his son some tricks.

RELATED: George Harrison Said Eric Clapton Did Things on the Guitar That’d Take Him All Night to Figure out, but He Amazed Clapton Too