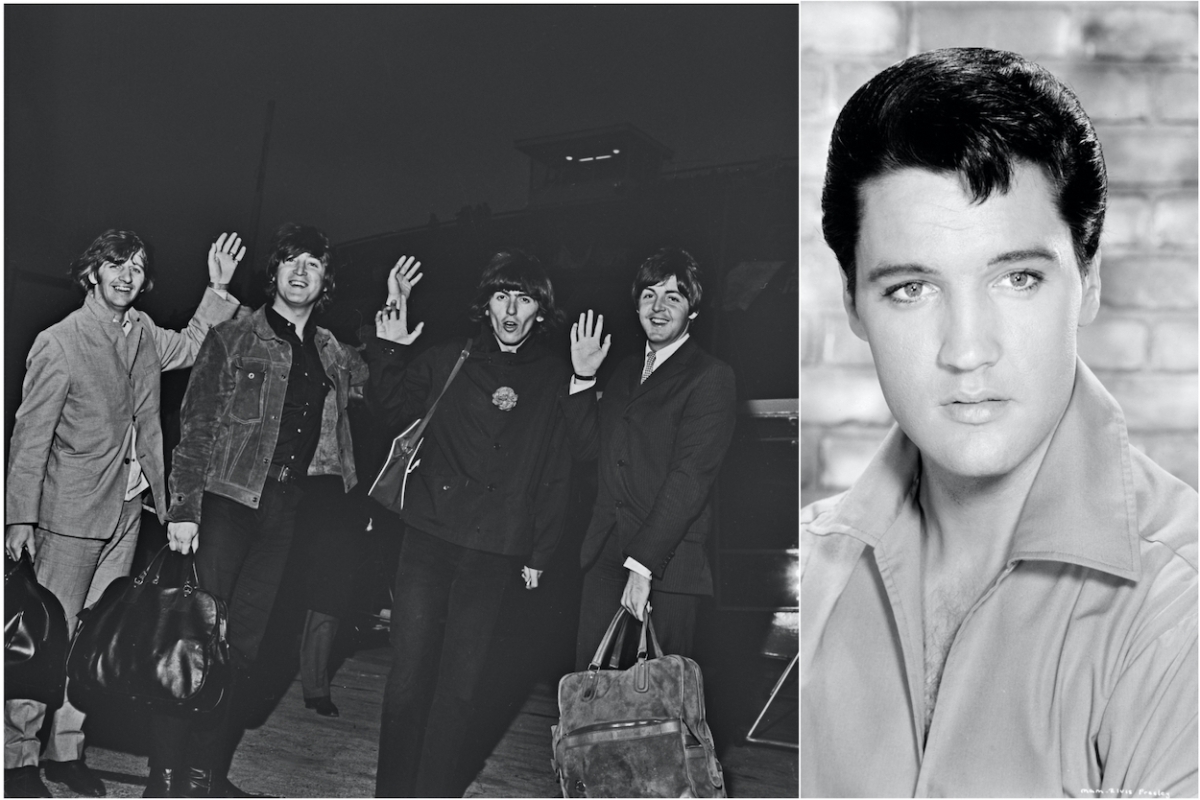 Ringo Starr is one of the biggest music stars of all time. The Beatles’ drummer has crossed paths with hundreds if not thousands of other superstars in his career. Getting high with Bob Dylan was a case where the encounter was a memorable one for good reasons. But Ringo once said he was angry the time he and The Beatles met Elvis Presley.

Elvis Presley won over millions of teenagers well before The Beatles ever became a band with his blend of country, rockabilly, gospel, and early rock ‘n’ roll music.

Ed Sullivan never wanted Elvis on his show, but The King performed anyway in late 1956, nearly eight years before the Fab Four wowed the crowd. It was a boon for Sullivan’s ratings as millions of people watched, and it was a big break for Elvis with his second album hitting shelves.

Ringo once said The Beatles were lucky to perform on The Ed Sullivan Show in 1964, an appearance that helped them conquer the United States. The Fab Four met Elvis in person a year later, and Ringo was left feeling angry instead of impressed.

Ringo Starr got angry when The Beatles met Elvis

RELATED: George Harrison Said It Was ‘Embarrassing’ to Talk Music With Elvis Presley

The Fab Four were the most popular band in the world when they met Elvis in 1965. Having been inspired by Elvis and other early rock ‘n’ roll artists from America (Chuck Berry, Little Richard, and Buddy Holly among them), The Beatles should have been thrilled to meet a hero.

However, the awkward meeting left Ringo angry about the whole encounter because he saw how far his hero had fallen.

“He was just surrounded by these sycophants,” Ringo said, per Far Out. “You know, it was just so strange, and I was just so angry because he wasn’t making any music. He wasn’t doing what he should have been doing.”

By the time The Beatles met The King in 1965, he was more focused on his movie career and making music for the soundtracks to his films. Music didn’t seem to be his primary passion. However, Paul McCartney and John Lennon believed Elvis was ruined by his time in the army well before The Beatles met him.

The King wasn’t keen on meeting the Fab Four

RELATED: Why George Harrison Stayed Outside During The Beatles’ Meeting With Elvis Presley

The yes-men and hangers-on leeching off The King made Ringo Starr angry when he met Elvis. John insulted Presley to his face when they met. George Harrison excused himself from the gathering and went outside. The meeting between two generations of music superstars turned into an awkward affair.

For his part, Elvis didn’t want to meet The Beatles in the first place. Presley wasn’t overly fond of hob-knobbing with other celebrities just for the heck of it. Not only that, but he was coming face-to-face with the competition, the new generation of rock ‘n’ roll idols.

Elvis’ opinion of The Beatles appeared to soften when he covered “Hey Jude” for his Elvis Now album in 1972. However, The King also told President Richard Nixon that The Beatles were un-American, so it’s hard to know his precise feelings about the Fab Four. Yet we know one thing is true — Ringo Starr got angry when he met Elvis and his entourage in 1965.

RELATED: The Elvis Song The Beatles Hated: ‘The Song’s a Load of Rubbish’