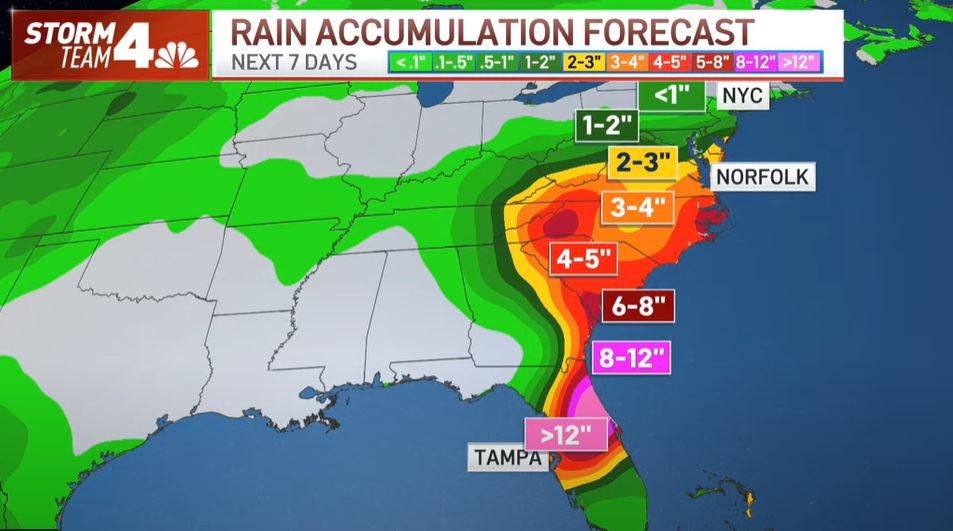 As Florida deals with the worst of Hurricane Ian, which made landfall Wednesday afternoon and is leading to flood conditions from both rainfall and dangerous storm surge as well as 150 mph winds, it’s only natural to wonder what the catastrophic storm could mean for the tri-state down the road.

In short: Not much, fortunately.

After the storm sweeps northeast across Florida, it will head into the Atlantic Ocean for a bit before turning back to make landfall again near the Georgia-South Carolina border as a tropical storm sometime Friday afternoon. The remnants of the storm (likely a tropical depression by then) will then head into North Carolina, Tennessee and into the mid-Atlantic states.

By Saturday afternoon, the outer bands of the storm will reach just south of the tri-state. Parts of New Jersey could see up to 2 inches of rain, particularly in southern parts of the state.

However, much of the region will likely see less than that. That’s because a cold front moves in from the north, blocking much of the moisture from ever reaching our area.

The remnants of Ian will bring an inch or less to the area around NYC, northern New Jersey, Long Island and coastal Connecticut, meaning that impacts will feel more like an average rainy day rather than anything resembling the dangerous hurricane that is bashing Florida.

Depending on the timing of that cold front moving in, the rain totals for the tri-state could be even less than that, and could make just for a grey, cloudy Saturday instead of a rainy one. As of now, it’s too early to tell which scenario is more likely, giving 50/50 odds for a wet Saturday.

But even if the tri-state does get some rain, it will not be a high-impact event for the area.