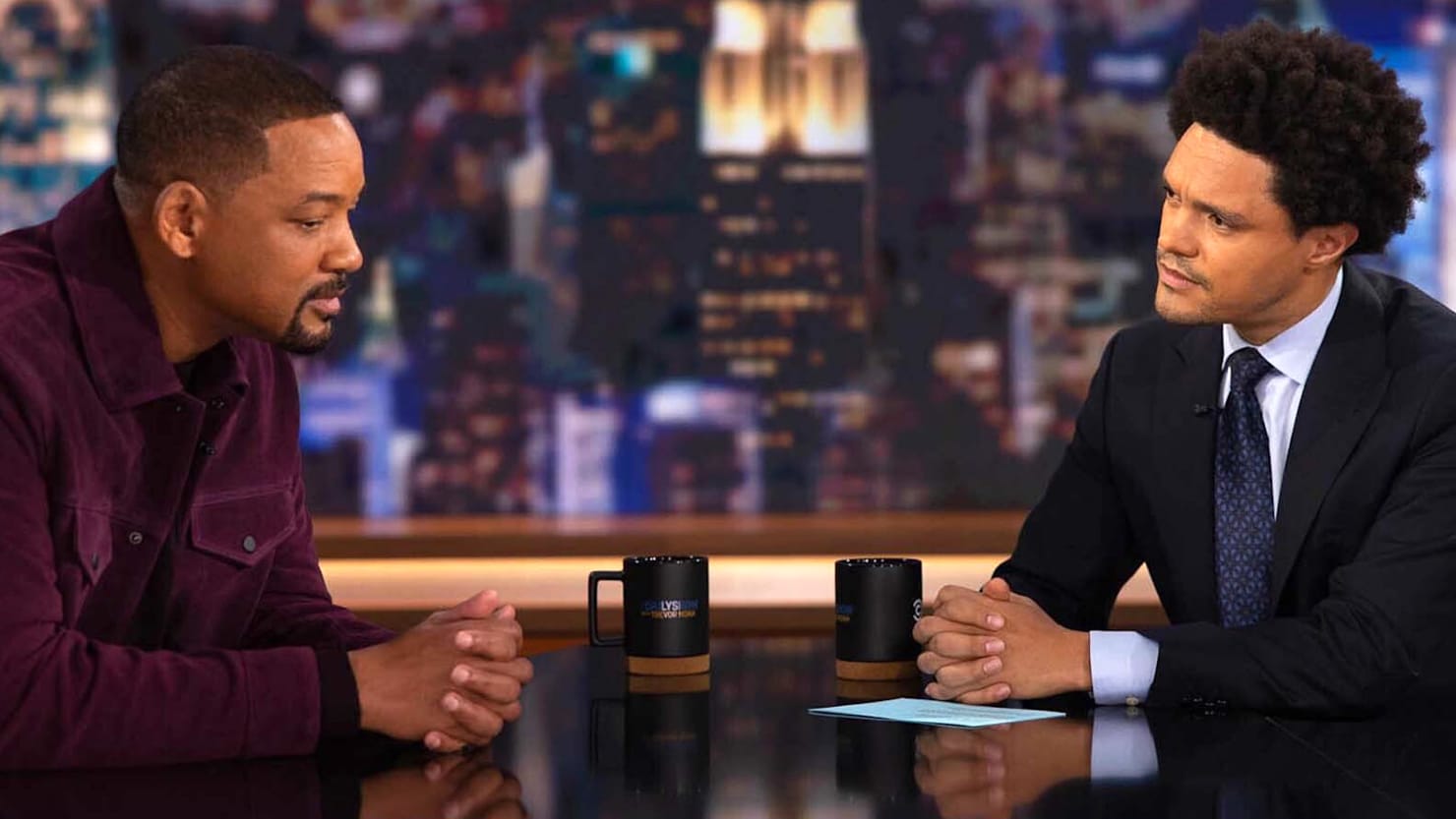 Eight months after he shocked the world by slapping comedian Chris Rock during the Academy Awards’ live broadcast—and then winning an Oscar moments later—Will Smith finally sat down for his first substantial TV interview with The Daily Show’s Trevor Noah.

Aside from a brief semi-apology video posted to his own YouTube channel over the summer, Smith has stayed mostly silent about the incident that upended his superstar career. But now that he has a new Civil War epic Emancipation premiering on Apple TV+, which could land him another Oscar nomination despite being barred from attending the ceremony for 10 years, he is back out on the press trail. And he found a sympathetic interviewer in Noah, who is in his final run of episodes before departing the host chair at the end of next week.

The two men began with some small talk about Smith’s recent world travels before pivoting to the new film, which he described as a “freedom movie” as opposed to a “slave movie.” But eventually, they had to get to the questions that, until now, had still yet to be answered about what really happened on Oscar night 2022.

When Noah pointed out that it’s “been a while” since most people have seen Smith on the public stage, the actor joked, “I’ve been away. What y’all been doing?” And as the host tried to get serious, Smith kept cracking jokes and laughing to diffuse to tension.

“That was a horrific night, as you could imagine.” Smith admitted eventually. “There’s many nuances and complexities to it, but at the end of the day, I just—I lost it. And I guess what I would say is, you just never know what somebody’s going through.” Without getting too specific, he said, “I was going through something that night, not that that justifies my behavior at all.”

In terms of what he’s learned from the experience, Smith said, “We’ve just got to be nice to each other” and the man who responded with violence that night is “not who I want to be.”

Noah, meanwhile, gave Smith a pass for his “mistake,” saying, “That’s not who you are.” And while he also said that, especially as Chris Rock’s friend, what he did was “fucked up,” it wasn’t the type of irredeemable act that should get him blacklisted in Hollywood.

“I understand how shocking that was for people,” Smith replied. And by the end of the interview, there were what seemed to be real tears forming in his eyes as he described his nine-year-old nephew asking him, “Why’d you hit that man, Uncle Will?”

When Noah ended the interview by saying that the incident “shouldn’t define” Smith’s legacy, the audience applauded with approval. “I don’t think any one of us in life deserves to be defined by our one fuck-up,” he added.

Smith concluded by saying that he had to “forgive myself for being human,” which is something he was never really seen as until that night. Now, whenever Chris Rock finally decides to get a similar interview, we will have to see if he offers up forgiveness as well.