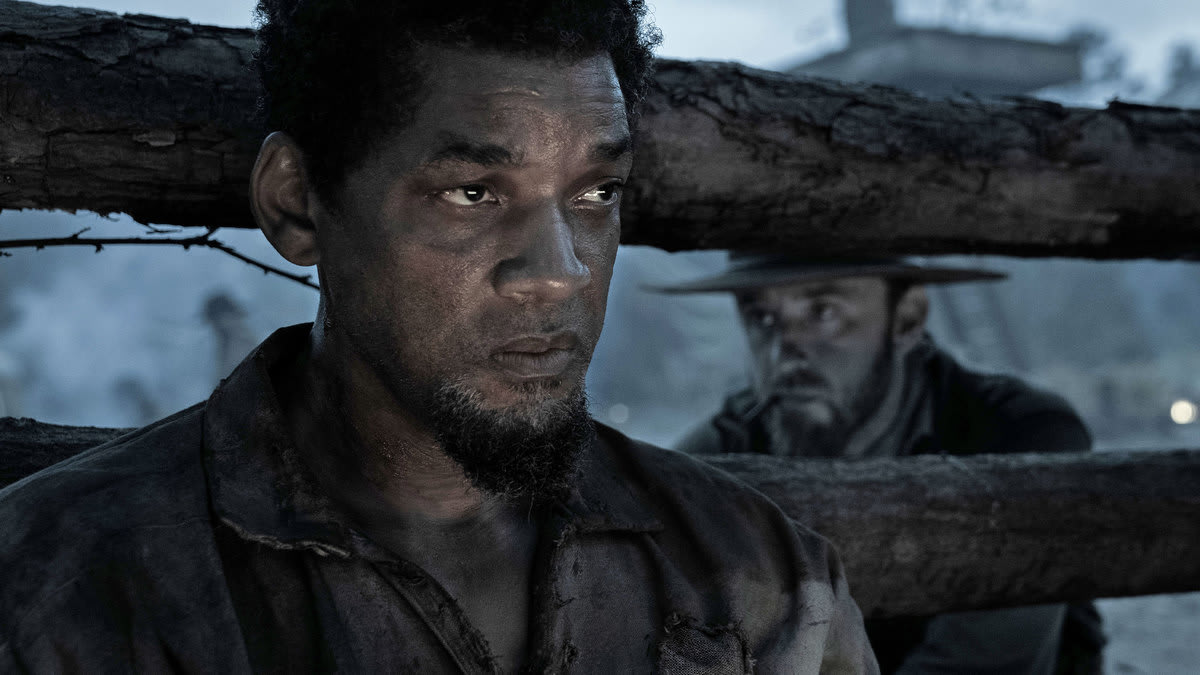 Hovering over Emancipation are inescapable questions: Are audiences ready to forgive and forget Will Smith’s Oscar night slap-seen-round-the-world? Or will his national-television outburst hamper interest in, and turnout for, his first post-Academy Award-win drama?

A definitive answer will become clear when Antoine Fuqua’s period piece debuts in theaters on December 2 (and then on Apple TV+ on December 9), although, as it turns out, such news-y concerns are more interesting than the film itself—a two-dimensional slavery epic that fits the description “awards bait” to a tee.

Emancipation is based on the real-life story of Gordon, a Louisiana slave who became famous when a photographer snapped a portrait that displayed the horrific thicket of scars strewn across his back, the byproduct of myriad whippings at the hands of his various masters.

Gordon’s “scourged back” picture was used by Civil War abolitionists as proof of slavery’s evil and a rallying cry for its dissolution. His tale forms the basis of William N. Collage’s script, which renames its protagonist Peter (Smith), but otherwise hews reasonably closely to his odyssey. That journey begins in early 1863 on a plantation, where Peter tells his wife and children to have faith in the Lord (“Give thanks to God, for he is good”) mere moments before he’s ripped away from them by white men, his hands literally tearing his home’s door frame apart in a vain effort to resist this abduction.

Peter is as defiant and resilient as he is devout, yet he can’t change his fate—namely, to be unceremoniously shipped off to a Confederate army camp that doesn’t care that President Abraham Lincoln has recently freed the country’s slaves. There, he’s put to work constructing a railroad for vicious overseers who don’t take kindly to him standing up for the weak and injured, nor to the insolent stares he shoots their way when they treat their captives as so much cattle.

At the head of this ruthless pack is Fassel (Ben Foster), a baddie whose calm and deliberate demeanor—juxtaposed against his spittle-spewing bigoted brethren—is meant to make him even more frightening. Try as he might, however, Foster can’t enliven what amounts to a stock villainous type, who wastes no time before informing pious Peter, “I’m your god now” and labeling him his dog—an act of dehumanization that’s complemented by multiple white scoundrels referring to Black people as “It.”

Emancipation spends its early going wallowing in this rancid muck, but takes flight once Peter, sensing mortal danger, escapes alongside a few other comrades into the surrounding swamp. His objective is Baton Rouge, where Lincoln’s army is reportedly stationed. It’s at this point that Fuqua’s film shifts from a grim study of oppression to a wilderness chase movie cast in a The Revenant mold, replete with Peter eventually having his own man-versus-beast showdown against a deadly alligator. Unfortunately, this doesn’t provide the jolt the material requires.

While Fuqua’s characters are archetypal and, therefore, a suitable fit for a rousing action-adventure, if not an outright exploitation affair, the director plays things too self-seriously and stately to generate any momentum or excitement. The opposite of Quentin Tarantino’s wild and wooly slavery-revenge saga Django Unchained, a project that Smith famously turned down, Emancipation is intent on depicting the very, very bad and then being feel-good and, more importantly, good-for-you.

Smith affects a perpetual scowl that exudes equal parts pain, sorrow and fury. His Peter soon emerges as the embodiment of American slavery and slaves—both its unbearable cruelty and their inspiring strength and resiliency. If that weren’t enough, he’s dubbed “the Blackest man in America” and portrayed in Christ-like terms, from his unwavering godliness, to a side wound that he suffers during his ordeal, to a late, figurative resurrection on the battlefield.

Peter is thus closer to an emblem than a fully realized human being, which prevents Smith from getting beneath the character’s traumatized and ferocious exterior. He’s both iconic hero and victim, a man who (per his wife) fears nothing and endures everything. Accordingly, he’s mostly a wooden, preachy yawn.

Though Fuqua refuses to transform Peter into a righteous mythic-badass avenger, he has no qualms about going overboard with his storytelling. Virtually every one of Emancipation’s important incidents is drenched in affected slow-motion, and the number of shots of white birds taking flight—symbols of freedom!—are too plentiful to count.

Fuqua and cinematographer Robert Richardson employ an ashen, borderline-black-and-white palette that highlights the grimness of this bygone era, and results in a few stark panoramas of the dense bayou. Yet like Marcelo Zarvos’ score, the director’s aesthetic approach incessantly calls attention to itself, and that goes double for the myriad drone shots that zoom along this ragged Louisiana landscape.

Emancipation is well-intentioned but painfully overwrought. Worse, despite a middle passage in which Peter frantically strives to evade capture (and death) at the hands of Fassel, it’s largely inert, trudging along at a gait that allows for constant consideration of Fuqua’s showy techniques and no actual tension.

The film is better in the details, the best of which involves Peter’s wife being told that she’s to be sold—and, consequently, separated from her children and remarried—and responding by grievously injuring herself to thwart her owner’s plan. Those are relatively few and far between, however, as the primary focus remains on Peter’s unimpeachable nobility, whether he’s staunchly defending God, valiantly resisting subjugation, or joining forces with the Union in a third act that spends far too long arriving at its predictable destination.

There’s something to be said for confronting the ugliness of slavery with potent, rousing bluntness; after all, those who perpetuated its crimes against humanity weren’t necessarily complex individuals deserving of nuanced fictional treatment. Alas, Emancipation is doggedly one-note and formulaic, and it’s immediately apparent how one is meant to respond to every element of its story, as well as what that tale will eventually impart about intolerance, injustice and resistance. Such obviousness, in turn, leaves the film feeling both too leaden and easily digestible.

Nonetheless, those qualities, when coupled with a few long-winded speeches that put hammer to nail, also render it the sort of undemanding endeavor that attracts eager attention on Oscar night—even if its banned-from-the-ceremony leading man won’t be in attendance.