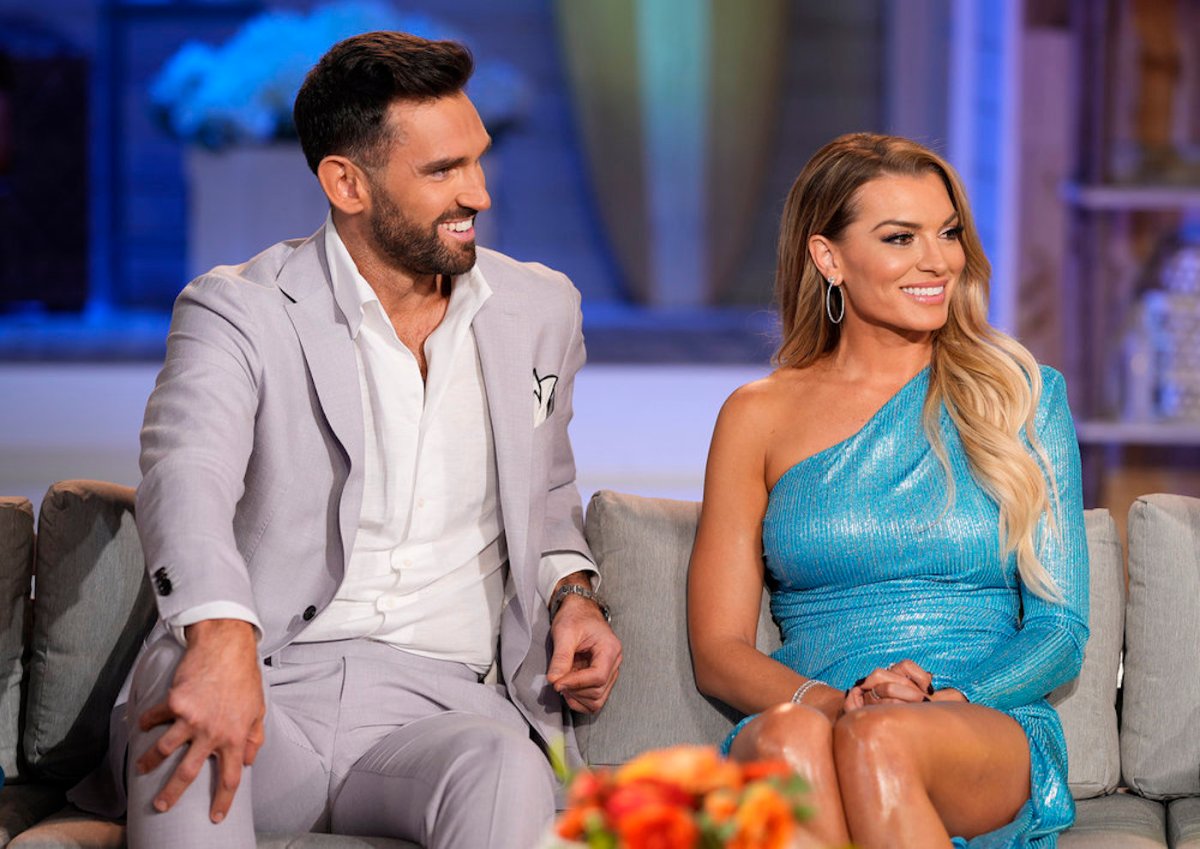 In a shocking admission, Kyle Cooke from Summer House revealed on Bravo‘s Winter House that Carl Radke planned to end his relationship with Lindsay Hubbard if she kept drinking.

Radke has openly discussed how he struggles with his sobriety. And while Hubbard stopped drinking in solidarity, Cooke revealed in a confessional that Radke was on the verge of ending his relationship with Hubbard because she continued to party – and it negatively impacted his sobriety.

During an ice fishing excursion, Radke told Cooke and Luke Gulbranson he’s never been happier with Hubbard. In fact, he envisioned a future with her. Winter House was filmed last winter and during the latest filming of Summer House, Radke proposed to Hubbard.

But Cooke was worried about Radke. “Honestly, knowing how serious they are, it’s kind of a headf*** for me,” Cooke said in a confessional. The reason their relationship was a “headf***” isn’t because he’s close friends with both Radke and Hubbard. It’s because he saw Radke on the verge of a breakup not long before Winter House was filmed.

“Carl and I were on a work trip around Halloween, she was still boozing heavily,” Cooke recalled in his confessional. “Carl was like, ‘When she drinks, she’s irrational. I don’t know if I can do this.’ I think it was just like, yo if she didn’t stop drinking, he was actually gonna cut it off.”

“My concern, is what happens when Lindsay starts drinking again?” Cooke wondered. Cooke didn’t express this concern to the rest of the group. And Hubbard drank nonalcoholic cocktails alongside Radke during her time at Winter House.

During a February 2022 appearance on Watch What Happens Live with Andy Cohen, Hubbard admitted that booze had a negative impact on her relationship with Radke. “I think in the past it might have. I haven’t had alcohol in the last two months,” she said. Adding that sobriety has been helpful.

Sobriety has been a journey for Carl Radke

But being sober in a house designed for partying hasn’t been easy, especially early in his sobriety. “Early on, I think, you’ll see me struggle a little bit,” he told ET.

“I won’t give away the theme, but we had a theme party that I was just like, ‘I don’t know about that one…’ for various reasons, but I used to get really drunk for our theme, so I didn’t give a s**t what it was. So now it’s like, ‘Do I really want to wear that?’ But I grew some self-esteem. I grew confident as I had more experience because this was all new ground in the Hamptons for me. My relationship with South Hampton and Montauk has been, like, Thursday night, Friday night, Saturday night, ’til four in the morning, go, go, go, where this time, at the parties, I was able to enjoy it more for what it was.”

Winter House is on Thursday at 8 pm ET on Bravo.