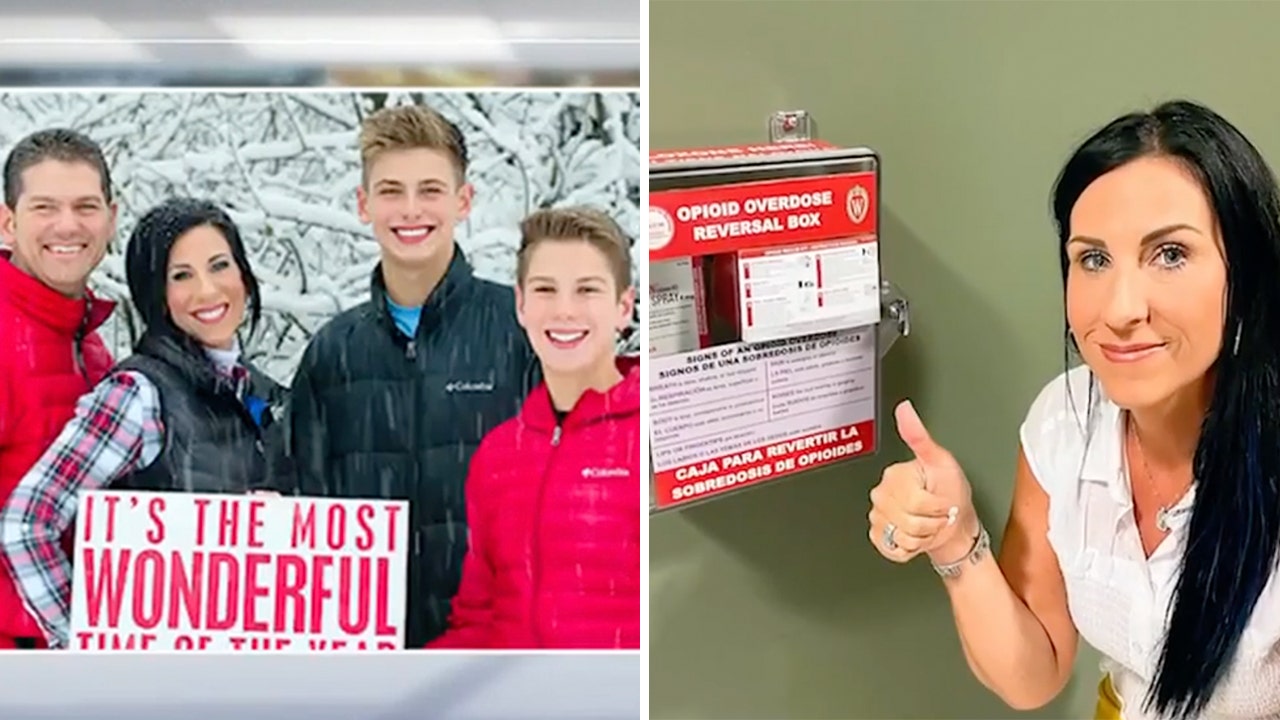 With the fentanyl crisis striking young American teens and others right and left, two Wisconsin parents who are still grieving the loss of their college-age son are trying to spread greater awareness of the issue so that the tragedy doesn’t happen to other families.

The University of Wisconsin, Milwaukee, student took a pill in his dorm room — where he later died.

AS FENTANYL CLAIMS YET ANOTHER YOUNG AMERICAN LIFE, KENTUCKY FATHER SHARES HIS STORY

The Rachwals joined “America’s Newsroom” on Tuesday morning, Oct. 4, 2022, to discuss the fentanyl crisis and what they’re doing to spread information about it.

“The reason why we’re spreading this awareness is because Logan is a great representation of so many other kids,” said mom Eric Rachwal.

Erin and Rick Rachwal joined “America’s Newsroom” on Tuesday, Oct. 4, 2022, to discuss the devastating experience of losing their son to fentanyl.
(Fox News)

She is the co-founder of Love, Logan — a charity with a mission to save lives through education while working to end the stigma associated with mental health and drug addiction.

She said the discussion with kids around drugs used to be — quite simply — about being careful.

Now, she said, this is literally a life-or-death decision a person can make — and she compared it to Russian roulette.

While the parents were discussing the minute amount of fentanyl that can actually kill someone, the segment showed the stunningly clear penny-to-pencil comparison.

This image shows the tiny amount of fentanyl that can harm an adult.
(Fox News)

“It’s just a few grains, the size of salt, that can kill the average adult,” he said.

With the numbers climbing at such a high rate, Erin Rachwal said education is the key to fighting this issue.

“Our country needs a plan to educate kids at a very young age,” she said.

“We need to teach kids at a young age that pills aren’t OK [for them] to take.”

Logan Rachwal was just 19 years old when he took a pill in his dorm room in college — which killed him. He’s shown at left with his parents and brother. His parents appeared on Fox News Channel’s “America’s Newsroom,” at right, to share the loss of their son and how to combat the crisis.
(Fox News)

Just nine months after Logan’s death, another student in the same dorm took the same drug and also died.

“We need to do something,” said Erin Rachwal urgently.

“This campus and every campus does not have the education for these incoming freshmen and these kids.”

The Love, Logan Foundation is working to install Narcan kits in resident halls across all University of Wisconsin campuses.

Eventually, they hope to have them across all college campuses in the country.

Love, Logan is working with The University of Wisconsin, Milwaukee, to help install Narcan kits in locations across all college campuses.
(Fox News)

The family hopes to see continued media coverage of the topic as part of the effort to educate other people about just how deadly this drug can be.

WHAT IS FENTANYL? HERE’S MORE TO KNOW ABOUT THE DANGEROUS DRUG

Although the Rachwals know they cannot personally prevent the drug from being brought across America’s southern border, they hope that pushing education and awareness will keep even just one more person alive another day.

Love, Logan currently has a billboard posted in Times Square.

It shows the faces of those who have lost their lives, tragically, to fentanyl in this country.