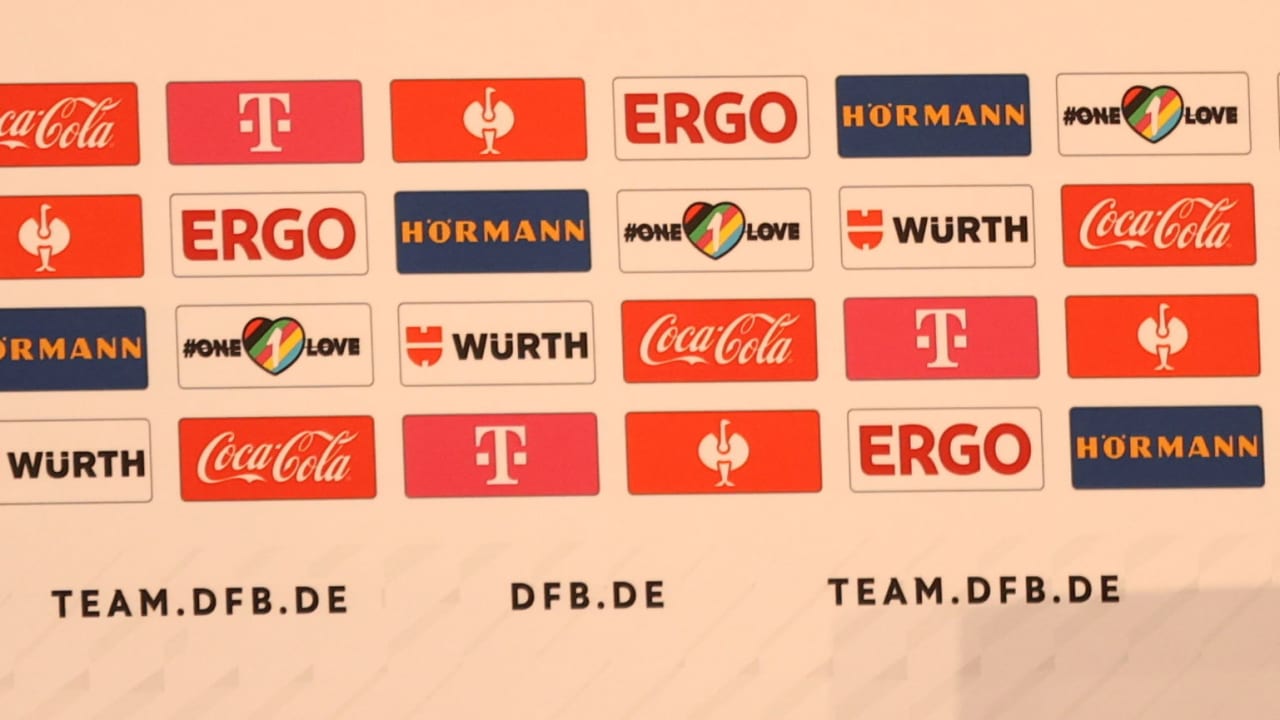 Rewe out, OneLove on it!

BILD learned: The DFB has removed its dropped sponsor Rewe from the advertising boards in the “Al Shamal” training center in Qatar. Instead, the OneLove logo is now emblazoned behind players and coaches in interviews and press conferences. At 10 a.m. today, Julian Brandt (26) and Kai Havertz (23) will first speak at the press conference in front of the new gang.

When asked by BILD, the DFB said: “Due to a partner’s decision to forego advertising six weeks before the actual end of the contract, the DFB was given the opportunity, also at the almost daily press conferences in Qatar, with the “One Love “-message to express his attitude.”

Background: After the DFB decision against the OneLove captain’s armband before the 1-2 World Cup opener against Japan, the food chain ended its cooperation with the DFB with immediate effect. From today, at the beginning of the second preliminary round matchday, the FIFA regulations should now also allow the LGBTQ+ colors.

The DFB now used this for themselves!

HERE is the WhatsApp news from the BILD reporters from Qatar!

Some Meta employees claim they’re not getting promised severance

Green power struggle for the Chancellery: Why Habeck is mad at Baerbock