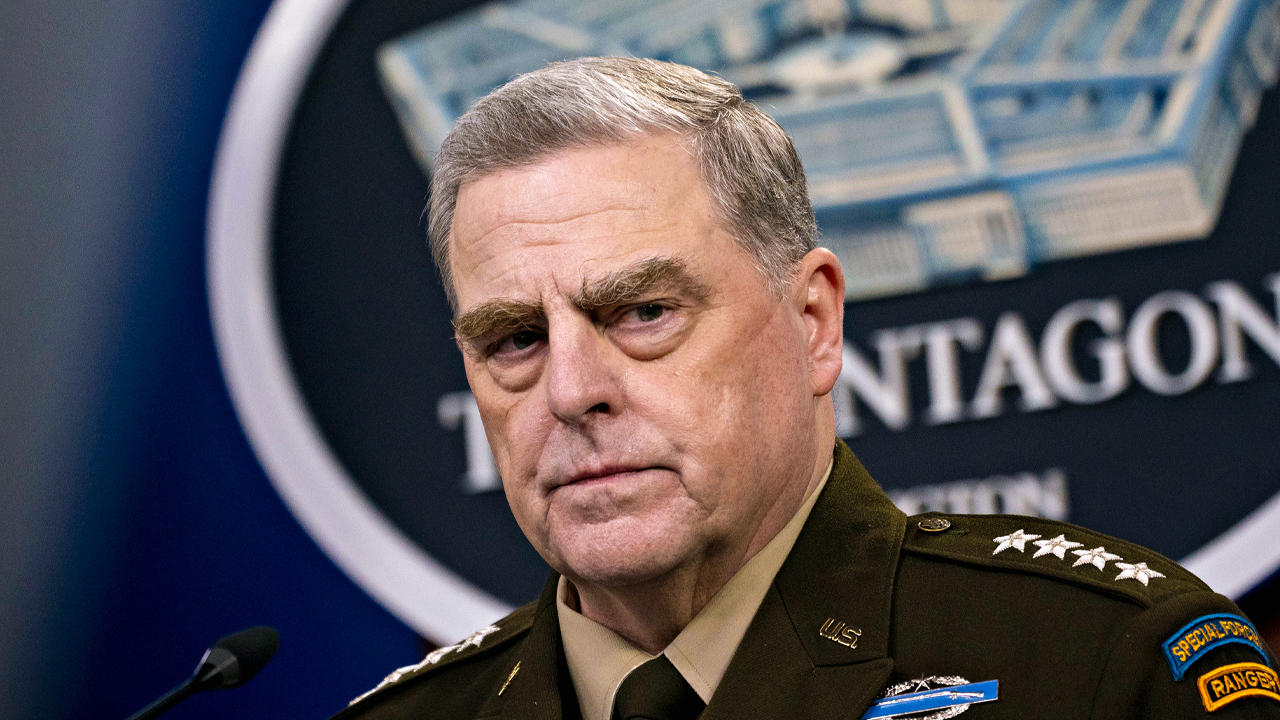 One former senior official, who spoke on condition of anonymity, said that under President Biden, top officials held meetings on “culture war” issues every week, and sometimes more. The roster of those attending included Secretary of Defense Lloyd Austin and the secretaries of all the military departments, that official said.

“They never met once on readiness. But they met every week on transgender issues, extremism, racism, sexual assault, sexual harassment, et cetera,” a former official said, adding that that the focus likely distracted from Afghanistan planning.

BIDEN BREAKS PROMISE TO ‘STAY’ IN AFGHANISTAN UNTIL EVERY AMERICAN EVACUATED

“There’s only 168 hours in a week. They were spending all their time on these things, particularly early on. Yes, they were distracted,” an official said.

The U.S. military was slow to adjust its withdrawal plans even as the Taliban began taking the country piece by piece throughout the summer, culminating in the fall of Kabul and the seizure of billions of dollars of U.S.-supplied military equipment.

“The political leadership are unfocused on mission. They’re focused on just waging a culture war against our service members,” an official said.

Joint Chiefs of Staff Chairman Gen. Mark Milley, right, answers a question during a briefing with Secretary of Defense Lloyd Austin, left, at the Pentagon in Washington, Wednesday, Sept. 1, 2021, about the end of the war in Afghanistan. (AP Photo/Susan Walsh)
(AP Photo/Susan Walsh)

Military leaders maintain that they lead an “apolitical” military and say the focus on cultural issues is necessary to ensure fair treatment of everyone in the military.

“I want America to know that the United States military is an apolitical institution,” Gen. Mark Milley, chairman of the Joint Chiefs of Staff, said in July.

But the information provided to Fox from insiders comes on the heels of a host of political controversies for the military, such as the White House’s appointment of Bishop Garrison to senior adviser and head of the Pentagon’s “Countering Extremism Working Group”.

Garrison tweeted in 2019 that Trump backers were supporters of racism, misogyny and extremism. “Support for [Trump], a racist, is support for ALL his beliefs,” Garrison argued.

The Navy also faced criticism in March after leaked slides from the military’s “extremism” training said sailors could not discuss “politically partisan” subjects on duty but that advocating for Black Lives Matter while on duty was acceptable.

Another controversy came when the Navy placed “How to be an Anti-Racist” by Ibram Kendi on its recommended reading list. Despite its title, critics consider the book itself to be racist, citing words from the book such as “the only remedy to racist discrimination is antiracist discrimination” and the book’s opposition to a color-blind society.

WOMAN STRANDED IN FLOOD WATERS SAVED BY BUS FULL OF MARINES: ‘MOST AMERICAN THING EVER’

The so-called “woke” ideology exemplified by that book has led to trainings that many also call racist. Sen. Tom Cotton and Rep. Dan Crenshaw have created a tip line for soldiers to report “woke” mismanagement and have received hundreds of tips.

“An airman told us their unit was forced into a racist exercise called a privilege walk, where members of the wing were ordered to separate themselves by race and gender, in order to stratify people based on their perceived privilege,” Cotton said in hearings this year.

“One Marine told us that a military history training session was replaced with mandatory training on police brutality, White privilege and systemic racism,” Cotton noted.

Cotton’s report also cited servicemembers who were angry, citing a Navy lieutenant who said, “sometimes I think we care more about whether we have enough diversity officers than if we’ll survive a fight with the Chinese navy.”

“It’s criminal. They think my only value is as a Black woman. But you cut our ship open with a missile and we’ll all bleed the same color,” the lieutenant continued.

A senior official who spoke to Fox noted that the trust squandered by “woke” political actions had devastating consequences, especially in light of Afghanistan.

“Disasters happen all the time, to all kinds of administrations,” the official said. “So that’s when you need bipartisan support, right? It’s right now that military leaders need the support of the force — they need our service members to think that they’re credible leaders. They don’t have that. Our service members don’t trust them. They need the support of the American people, too. And a large fraction of the American people just watched the last eight months and said, ‘These people don’t have our country’s interest at heart.’”

Military leaders have often cited the need for a more inclusive military as the reason for their focus on rooting out extremism, racism and sexual harassment. But a senior official who spoke to Fox said these problems had been exaggerated beyond what the data support.

“There’s 2 million service members. They were seeing only a few dozen individuals who were hanging out on these real wack-job websites saying, ‘We’re going to tear down the government.’”

“A few dozen out of 2 million — that is peanuts. Still they made the entire military take a day off of training to talk about extremism,” a senior official said.

A senior official also discussed who exactly was behind the “woke” push, suggesting that Austin may be the least ideological of the top brass.

“The Department of Defense is a multi-tiered organization with the ability to focus on various missions – from combat to humanitarian – while ensuring the preparedness and readiness of our forces as well as holding our members to the highest standards of conduct,” Pentagon press secretary John Kirby told Fox News in an emailed statement.

“Secretary Austin is committed to maintaining and enhancing the combat readiness needed to defend our nation from enemies foreign and domestic, which means the Department places high importance on treating all personnel with dignity and respect.”

Asked how different things were between the Trump and Biden administrations, a former senior official laughed.

“Oh my goodness. The last administration was so different … Leaders were going though war plans. Planning an audit, trying to improve efficiency,” the former senior official said.

My Printer Is Extorting Me