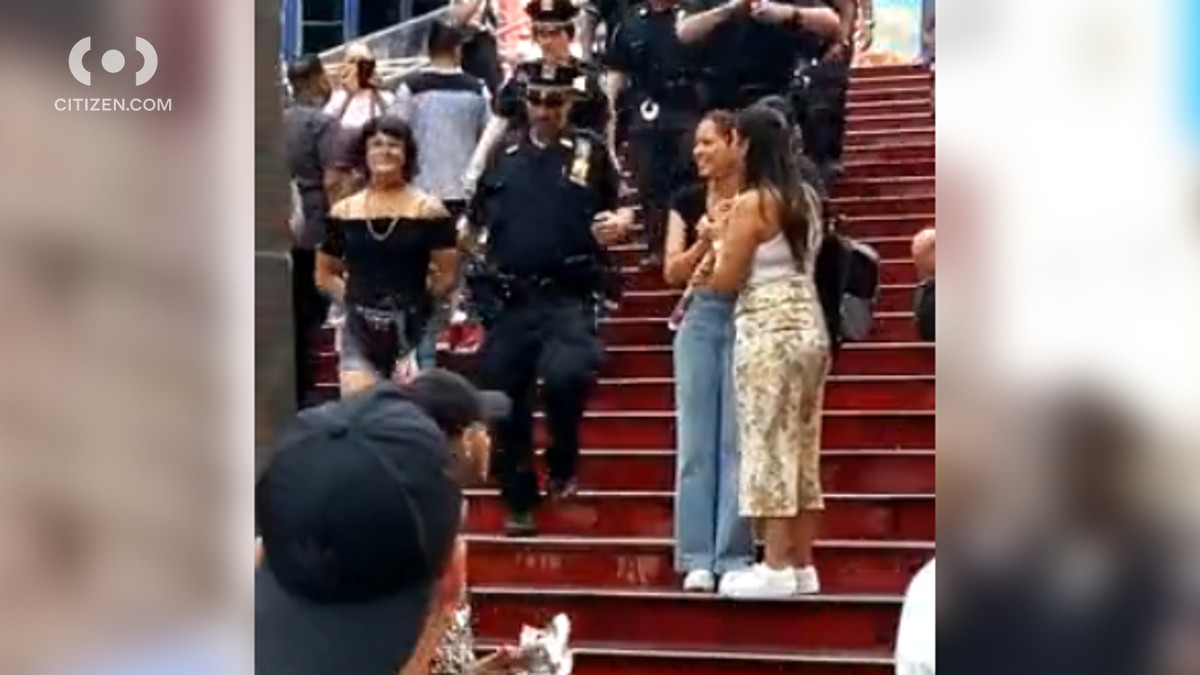 A woman with a transgender rights sign was arrested after holding a gun — one that turned out to be fake — to her head while sitting on the iconic TKTS steps in Times Square Thursday afternoon, according to a senior police official with direct knowledge of the investigation.

Multiple witnesses were said to have seen the 28-year-old woman sitting on top of the TKTS steps in Father Duffy Square, the northern point of the Times Square triangle, while holding what appeared to be a firearm to her head, the official said.

It happened shortly before 4 p.m. on a gorgeous Thursday that would have seen the even still-tempered Crossroads of the World packed with people.

Officers assigned to the area immediately responded and, after speaking with the woman, took her into custody without incident. That’s when they discovered the firearm was an imitation pistol. It was recovered at the scene, the official said.

Video posted to the Citizen app shows footage of a person being escorted by officers from the location. The senior police official says she faces charges of criminal possession of a weapon and reckless endangerment.

Hurricane Categories: Breaking Down the ‘Very Dangerous’ to the Catastrophic