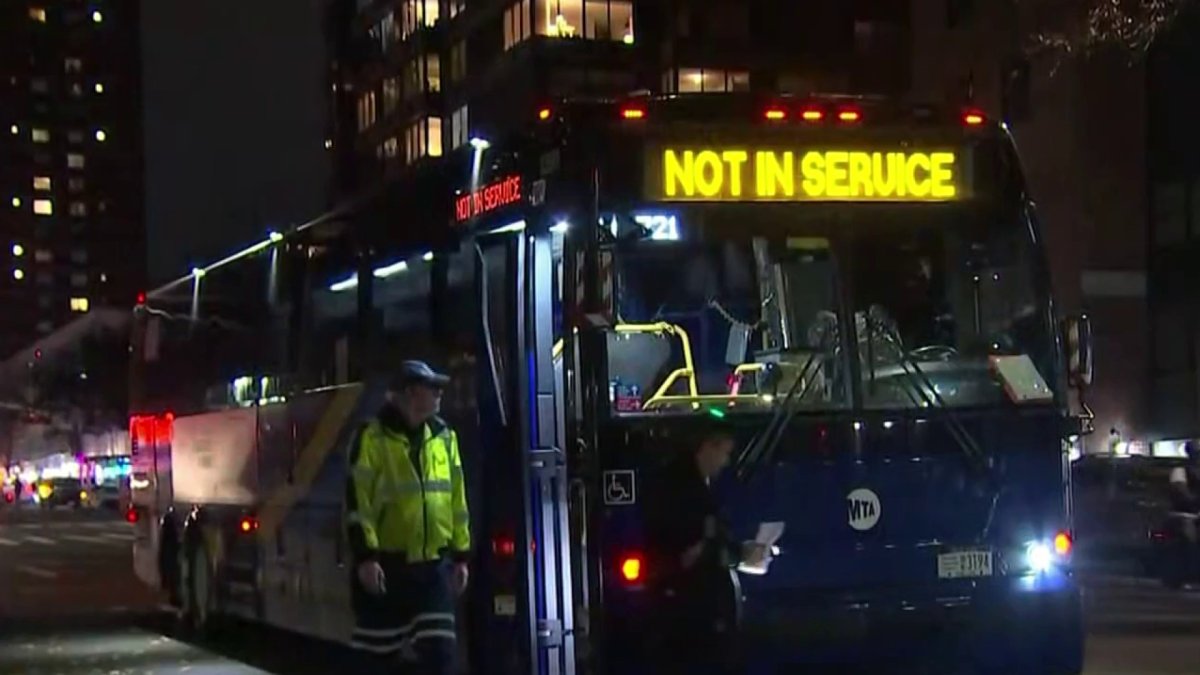 A woman died from being struck by not one, but two vehicles in Manhattan, after a hit-and-run driver plowed into her in a collision that sent her right into an MTA bus, according to police.

A woman in her 20s or 30s was crossing the street at the intersection of 96th Street and Third Avenue on the Upper East Side around 6 p.m., a senior police official said. She was in the crosswalk but did not have the walk signal, the police official said, when a dark-colored sedan hit her.

The impact of the crash sent the pedestrian flying into the path of an oncoming express MTA bus, and sources said she was dragged about 25 feet down the road.

The driver of the dark sedan took off from the scene immediately afterward. The woman was taken to the hospital where she died, police said. The victim has not been identified by police, because they said she was not carrying ID on her at the time of the crash.

An investigation is ongoing into the crash, as police look to identify the vehicle and the driver involved. No arrests have yet been made.