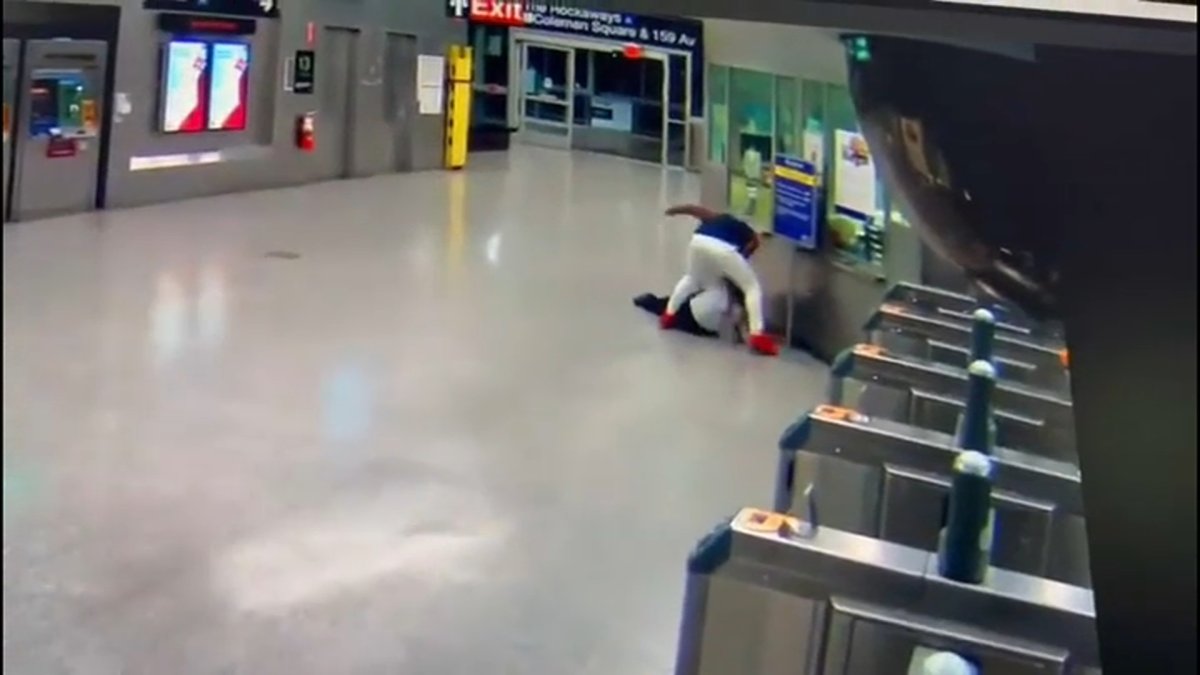 A merciless pre-dawn attack at a Queens train station that caused a woman to lose vision in one of her eyes has resulted in an attempted murder charge for the man arrested in the assault, prosecutors announced Friday.

The brutal beatdown — caught on camera — showed the moment airport employee Elizabeth Gomes was slammed against the wall and thrown to the ground at the Howard Beach/JFK Airport train and subway station the morning of Sept. 20. The attack happened between 5:15 a.m. and 5:45 a.m.

Waheed Foster, 41, allegedly tried talking to the woman before his violent assault, where he repeatedly punched and kicked her in the face and throughout her body as she lay on the ground.

As the attack is going on, video shows, a man tried to step in and help. He gets chased off by the attacker, but he did just enough to get the attacker to stop beating Gomes. He walked away “leaving her laying on the floor in a pool of blood,” prosecutors said.

In Gomes’ retelling of the attack, she said that a homeless man had come up to her out of nowhere while she was on her way to work at the airport. She said that the attacker stated he “works for the devil, he wasn’t really fully talking to me.”

Gomes was rushed to a hospital in Queens where she underwent emergency surgery for her injuries. The attack, District Attorney Melinda Katz said, caused the woman to lose vision in one eye.

“As alleged, the defendant brutally attacked this victim, was interrupted by a good Samaritan trying to intervene, and then continued the attack relentlessly. In addition to assault in the first degree, my Office has indicted this defendant on attempted murder charges,” Katz said.

An indictment by a grand jury in Queens charges Foster with attempted murder and other assault charges. If convicted, he faces up to 25 years in prison. Attorney information for the man was not immediately known.