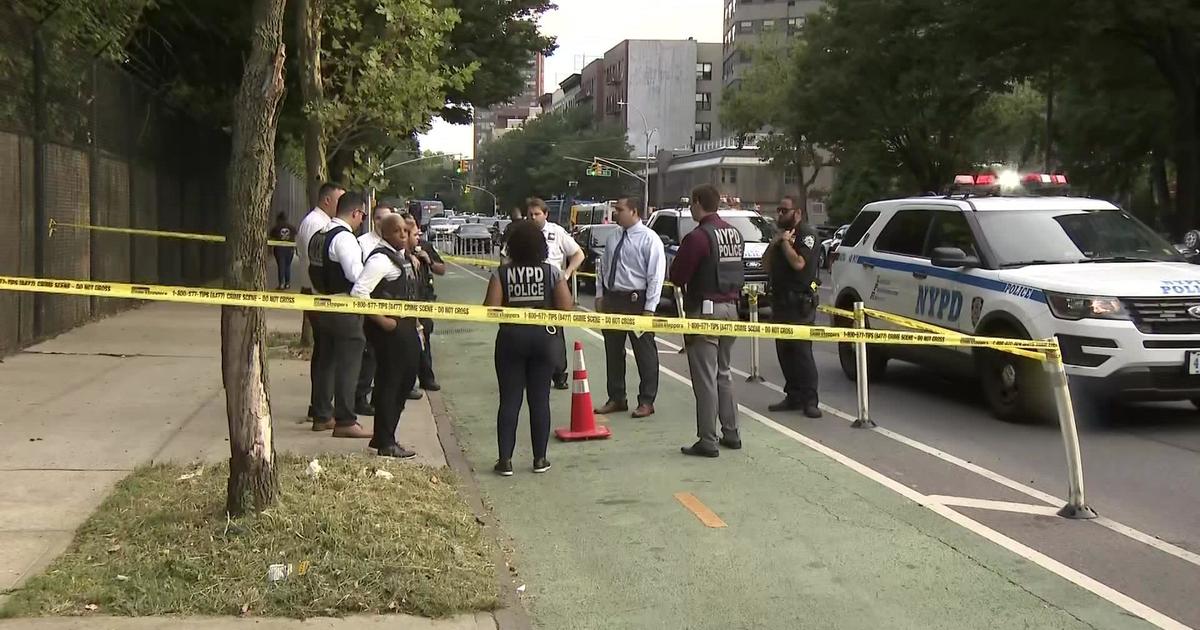 NEW YORK — A woman was injured in a shooting near the Bronx Zoo on Friday.

It happened just before 6 p.m. on East 185th Street and Southern Boulevard.

The 55-year-old victim told police she heard shots then felt pain. Police say she was struck in the back and is expected to be OK.

According to police, two suspects took off on a red-and-black motorcycle.

Thanks for reading CBS NEWS.