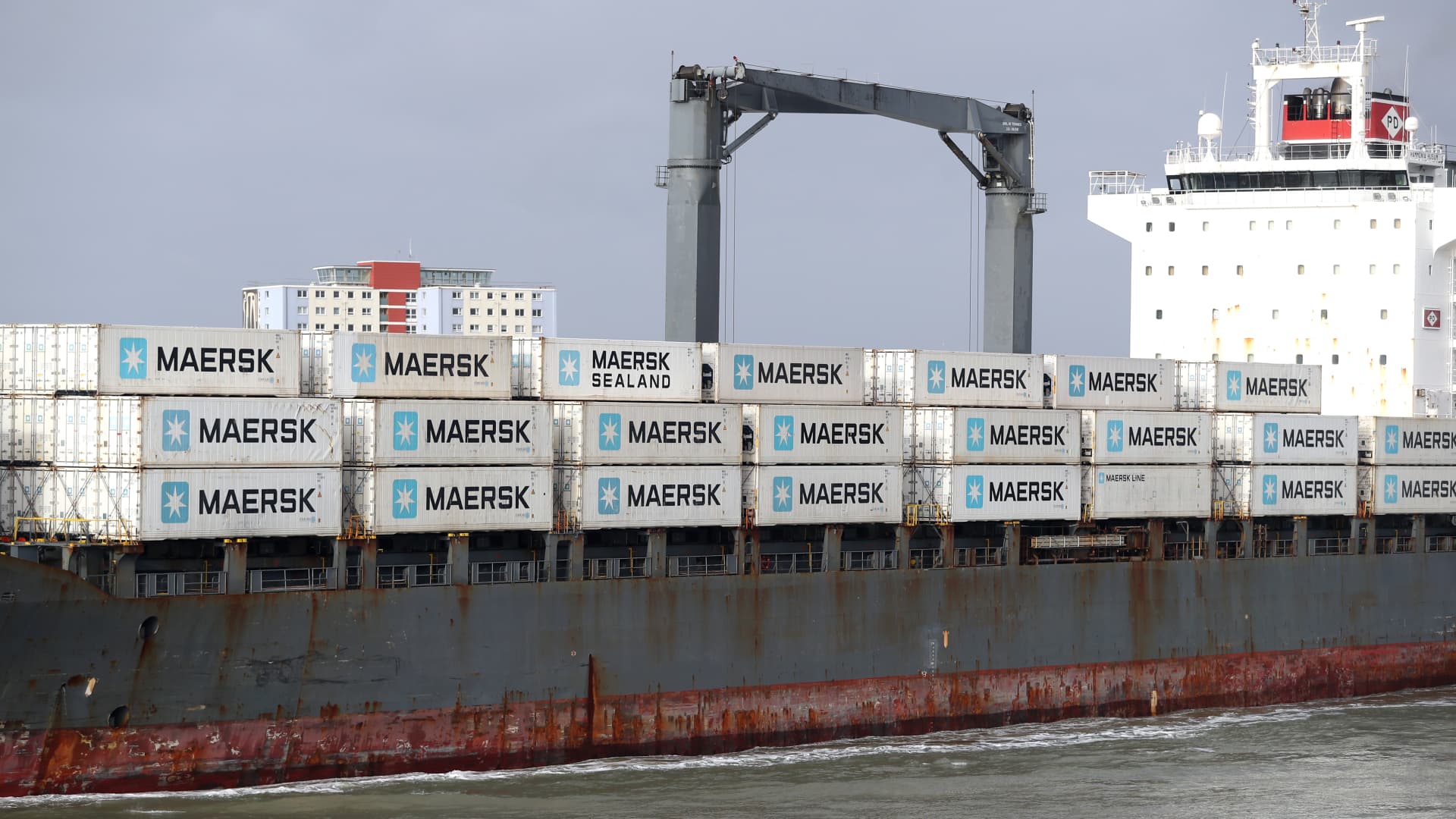 Maersk on Wednesday posted a record third-quarter profit but warned of ‘dark clouds on the horizon’ as shipping container demand weakens.

Maersk, the world’s largest container shipping firm, on Wednesday posted record profits for the third quarter on the back of high ocean freight rates, but noted a slowdown in demand.

The Danish giant, widely seen as a barometer for global trade, reported earnings before interest, tax, depreciation and amortization (EBITDA) of $10.9 billion for the quarter, above consensus analyst projections of $9.8 billion and up around 60% from the same period a year ago.

The company confirmed its full-year guidance for underlying EBITDA of $37 billion and a free cash flow above $24 billion.

CEO Søren Skou said the “exceptional results” this year were driven by a continued rise in ocean freight rates, but said it was clear that these have peaked and will begin to normalize in the fourth quarter amid falling demand and an easing of supply chain congestion. Skou flagged that earnings in the firm’s ocean operations will come down in the coming months.

“With the war in Ukraine, an energy crisis in Europe, high inflation, and a looming global recession there are plenty of dark clouds on the horizon,” Skou said in a statement Wednesday.

“This weighs on consumer purchasing power which in turn impacts global transportation and logistics demand. While we expect a slow-down of the global economy to lead to a softer market in Ocean, we will continue to pursue the growth opportunities within our Logistics business.”

The company said Wednesday that global container demand is expected to contract between 2% and 4% in 2022, down from a previous projection of +1% to -1%, noting that freight and charter rates declined in the third quarter as demand moderated and Chinese Covid-19 restrictions diminished.

Maersk shares were down 4.4% during early trade in Europe.