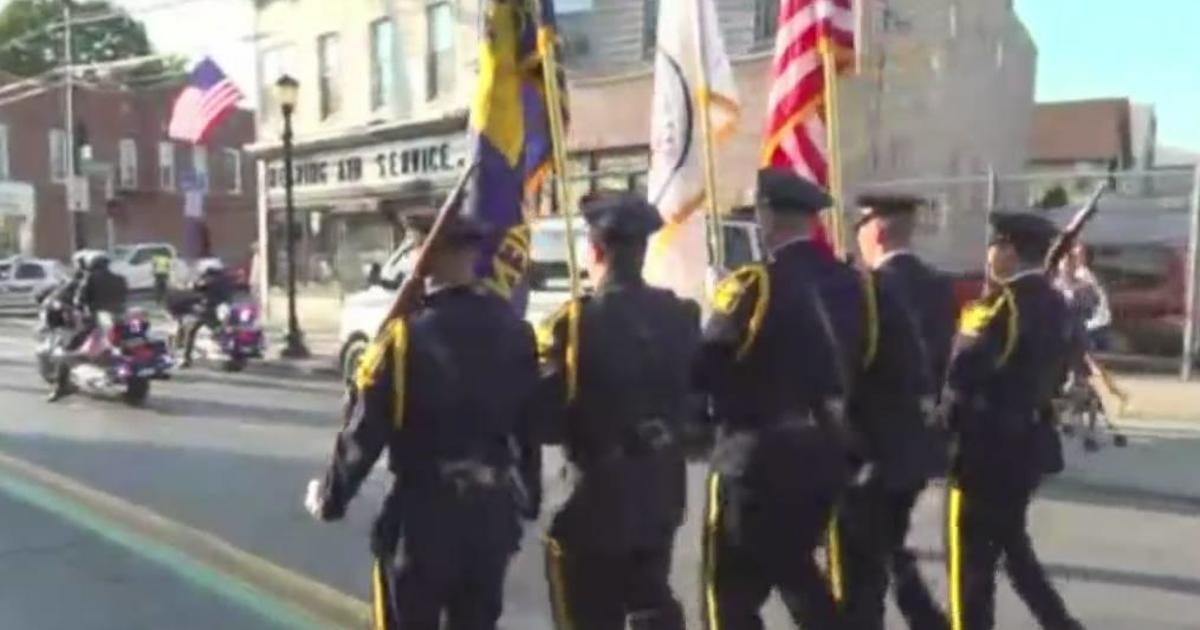 They continued a long-standing tradition of honoring our fallen heroes at a remembrance ceremony and parade, CBS2’s Jenna DeAngelis reported.

“That goes back to 1868 when General Logan, from the Union obviously, designated May 30th as Decoration Day,” said Marine Corps veteran Bill Regan.

“As long as there’s one person here, then we’re continuing the tradition of making sure that we don’t forget those who made the ultimate sacrifice,” Mayor Mike Spano said.

“This is a day for reflection and honoring the fallen heroes of this country and not to focus on barbeques and going to the beach and stuff like that,” U.S. Army veteran Bob Palladino said.

It was one of many events across the Tri-State Area.

From Farmingdale to Freeport on Long Island, parades honored those who earned our freedoms.

A new tradition was started in Massapequa Park. At noon, sirens blared to signal a county-wide moment of silence.

“For 50 seconds, we’re asking everybody, stop what you’re doing,” Blakeman said. “It’s a solemn day. It’s a day to remember that there are a lot of young people who never came back from war.”

The solemn sound of taps filled the air around the Intrepid and the hearts of hundreds of veterans who gathered in New York City.

“Foundation of our country will always be that worthy fight,” Gov. Kathy Hochul said.

From the unfurling of an American flag, to laying down wreaths in the Hudson River, to an aerial salute, each offered a moment of reflection on what Memorial Day is about.

“Freedom is not free,” said Richard Adams, a veteran.

Jenna DeAngelis is an Emmy award winning journalist. She joined CBS2 News as a general assignment reporter in March 2018.

Why don’t we care about the awfulness of adultery any more?