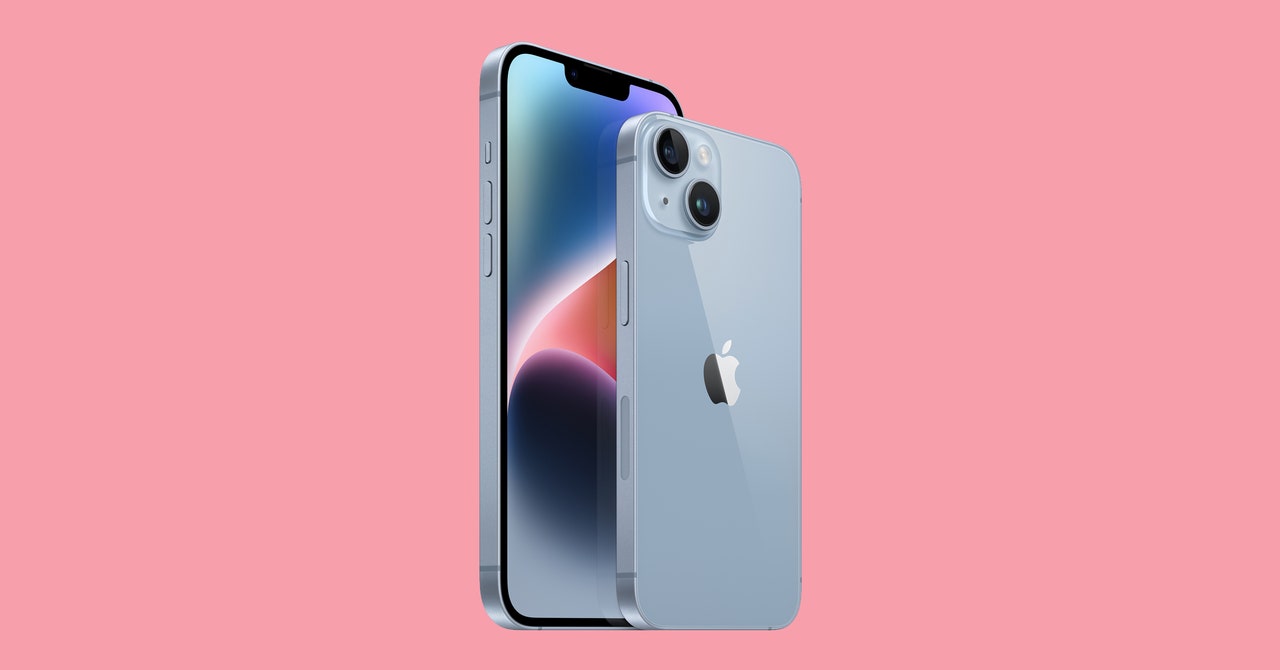 As I was getting a haircut last week, someone working at the salon asked if I’d seen the new iPhone. They didn’t know my occupation, but they saw my Apple Watch, and, as is obligatory in their line of work, were making small talk. “Does it look any different?” was the main query. I reached into my back pocket and, with a flourish, handed them the iPhone 14. A surprised smile quickly gave way to disappointment. “It’s exactly the same as my iPhone 11,” she said.

This is the problem for Apple. The few elements that Joe Public might recognize as “new” have gone to the iPhone 14 Pro models, such as the Always-On display and Dynamic Island. The Pros also have new 48-megapixel sensors for the primary rear camera, something Apple hasn’t fiddled with since 2015. This means the phones capture more detail so you can print your pics large, for example, and it also allows for more options in editing. But, be honest—how many people do you know print their phone photos poster size or delve into RAW settings on this handset?

The vanilla iPhone is arguably the most important handset for Apple. After all, it sells the most by some margin. If Apple wants you to upgrade, there needs to be an obvious reason, or reasons, to do so. Ones that the average person can recognize and get excited about. So let’s take a look at what Apple wants us to consider when looking at the new iPhone 14.

Yes, it looks exactly the same as the iPhone 13. Well, I’ll give you a prize if you can detect the 0.31-inch thickness compared to the predecessor’s 0.30 inches, or the nearly 2 grams shaved off in weight. You get the same 6.1-inch Super Retina XDR display, still—yes, still—running at 60 Hz. Unlike most other phones in this price, you won’t get a slick 120-Hz screen refresh rate. You’ll have to upgrade to a Pro model if you really want it.

Apple has ditched the iPhone Mini design (it bombed, sadly) and returned to “bigger is better,” adding in a 6.7-inch Plus model. This iPhone 14 Plus is virtually the same as the iPhone 14, except it will have a slightly longer battery life, and arrives on October 7 (you can preorder it now).

These iPhones remain IP68 water- and dust-resistant. You get the same toughened ceramic glass and aluminum as the 13. The same brightness levels. Even the processor powering it is the same—the A15 Bionic chip instead of the A16 in the Pro, but here at least Apple has given you the iPhone 13 Pro version with an extra graphics core. Apple has fiddled with the battery to give you an almost unnoticeable one extra hour of video playback, from 19 to 20. But the larger design of the iPhone 14 Plus bumps this up to 26 hours.

Load up the iPhone 13 and iPhone 14 on Apple’s own comparison tool and you can see for yourself just how few differences there are between the two.

Two of the most significant upgrades for the new iPhones are features hopefully you will never use and are hard to test. I love my job, but I’m not about to get into a car accident or fall off a mountain on purpose for anyone. Sorry.

Assuming it works as stated though, Crash Detection is indeed a clever addition. A new dual-core accelerometer and high-dynamic-range gyroscope, along with sound monitoring, can detect severe crashes up to 256 gs. Once a prang is registered, the iPhone 14 can automatically dial emergency services and play a voice loop notifying responders of the crash and providing your location. The iPhone can also let emergency contacts in the Health app know of your misfortune.

If you come to harm in remote areas where there’s no phone service, SOS Emergency via Satellite via custom antennas can connect to Globalstar satellites in orbit, allowing you to text chat with emergency responders or Apple’s own Relay Center. The trick here will be to still have enough battery left to find those satellites (it also doesn’t work indoors).

With the iPhone 14, you don’t need a physical SIM card to connect to cellular networks. Instead, you can use an eSIM (electronic SIM). This is not new tech—it’s been available since the iPhone XS. However, Apple has completely nixed the physical SIM card slot for iPhones in the US. In the UK (and the rest of the world), we still get the option to use one.