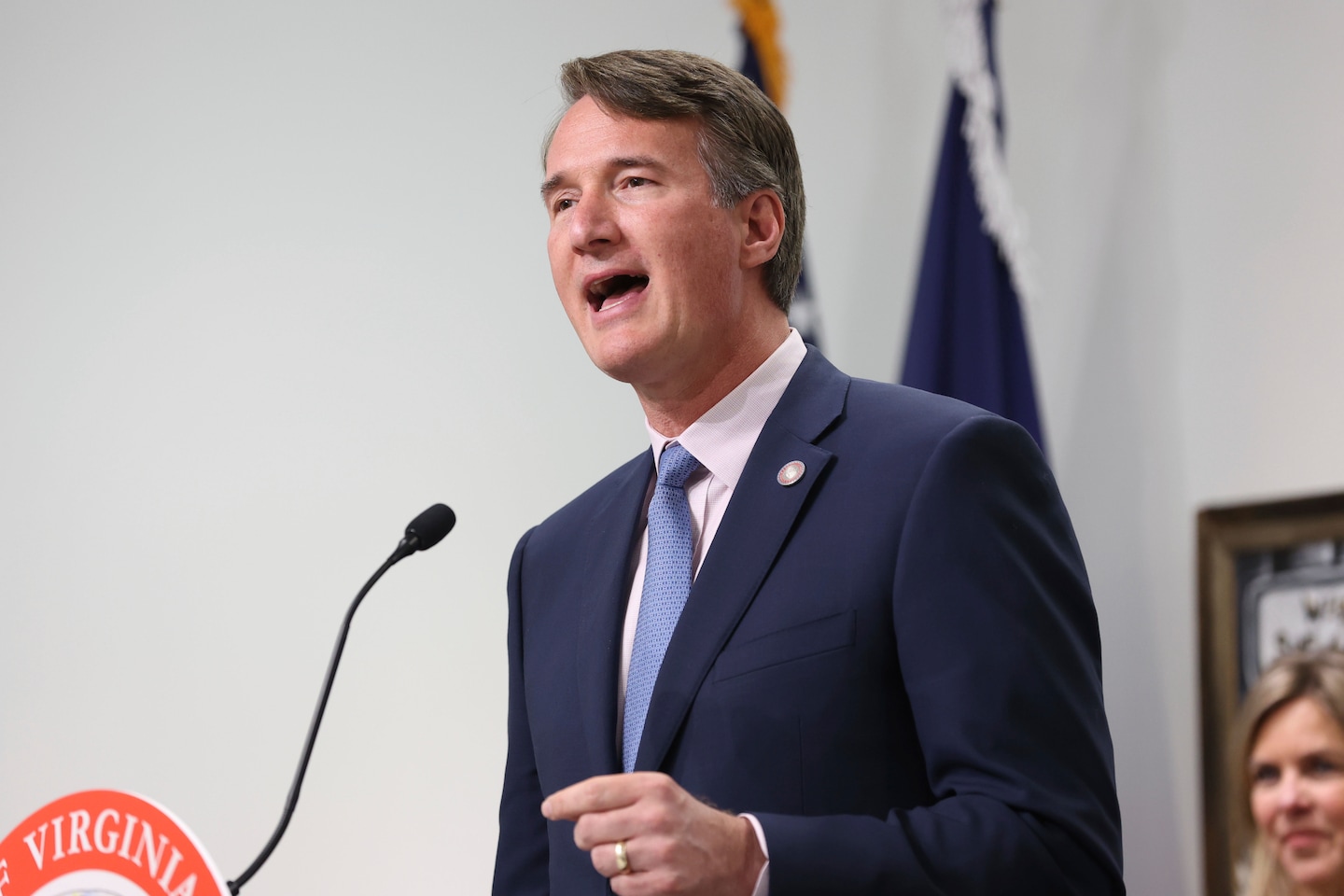 RICHMOND — A commission appointed by Gov. Glenn Youngkin (R) has called for a series of actions to combat antisemitism in Virginia, including increasing education in schools about the Holocaust and stepping up law enforcement against hate crimes.

The 15-member commission — headed by Jeffrey A. Rosen, who was an acting U.S. attorney general in the Trump administration — released a report Monday cataloguing a rise in antisemitic rhetoric and violence against Jews across the country.

“Even a former president recently met with two notorious antisemites,” the report notes in a nameless reference to Donald Trump’s recent dinner with Ye, the rapper formerly known as Kanye West who has professed love for Adolf Hitler, and far-right extremist Nick Fuentes.

“These public statements from some of the most influential people in the U.S. come as acts of violence ranging from shootings at synagogues and kosher markets to physical street attacks on Orthodox Jews have been reported with a disturbing frequency,” the commission wrote. “Lamentably, antisemitic acts and statements are today more common, have entered into the mainstream of political and social discourse, and therefore risk becoming normalized.”

Youngkin created the Commission to Combat Antisemitism as part of a flurry of executive orders on his first day in office in January. “Hatred, intolerance, and antisemitism have no place in Virginia and I appreciate the committee’s hard work to highlight and grapple with these matters,” Youngkin said Monday in a statement accompanying the release of the report. “We have challenges in Virginia and we must work together to address them.”

Ron Halber, executive director of the Jewish Community Relations Council of Greater Washington, said he was generally encouraged by a quick reading of the report.

“I’m thrilled that such a comprehensive document on antisemitism has been published by the state,” Halber said, but he cautioned that Jewish community leaders need more time to review the recommendations. “I would hope that the governor and legislative leaders would not take steps on any of these things until they’ve consulted with the people who it’s going to have the most impact on.”

In recent years, Democratic lawmakers have also called for legislation to fight hate crimes, including former state attorney general Mark Herring. Some on Monday praised Youngkin for calling for the report.

“I always welcome any efforts to shine a light on any aspect of antisemitism, which is far too prevalent today,” Del. Eileen Filler-Corn (D-Fairfax), who was the first Jewish person and first woman to serve as Virginia’s speaker of the House, said via text message. “I also believe strongly that our leaders must clearly denounce any suggestion of antisemitism and must recognize its harmful effects on our society.”

Other Democrats faulted Youngkin for politicizing the issue. House Minority Leader Don L. Scott Jr. (D-Portsmouth) complained that the report blames “indoctrination” in public schools for some aspects of antisemitism.

“You can count on him to go to the lowest common denominator and then try to politicize our children’s classrooms,” Scott said, noting that Youngkin had not condemned a recent statement by the Republican Party of Virginia that criticized Scott for getting donations from liberal financier George Soros, who is often the target of antisemites.

Youngkin also drew criticism last year for not distancing himself from Harold Pyon, a Republican candidate in a Virginia House district who in a mailer depicted the Jewish Democrat he was trying to unseat gazing over stacks of gold coins, his nose shaded or digitally altered to seem larger. Youngkin, whose PAC gave $13,000 to Pyon, declined to comment on the mailing at the time.

“The governor continues to play political Twister with all the factions of the Republican Party and sooner or later you’ve got to take a side or it doesn’t work,” said Sen. Scott A. Surovell (D-Fairfax), noting that Youngkin had not personally condemned Trump for his “recent meetings with antisemitic celebrities.” Youngkin’s office did not respond to a request for comment.

Despite his calls for unity, some of Youngkin’s actions have picked at social divisions, including another executive order on his first day in office that banned the teaching of critical race theory, a university-level framework for studying racism that is not on Virginia’s K-12 curriculum but has become a catchphrase for what conservatives regard as liberal lessons about race.

Youngkin has also faced criticism for hobnobbing with right-wing figures who have been accused of making antisemitic statements, such as former Maine governor Paul LePage, who once said that most of Democrats’ money comes from Jewish people. During last year’s campaign, Youngkin appeared on the radio show of Sebastian Gorka, a former Trump administration official with ties to antisemitic groups in his native Hungary.

The commission’s report calls for 21 actions to combat antisemitism, some of which would require legislation from the General Assembly. That includes passing a law to adopt the International Holocaust Remembrance Alliance’s working definition of antisemitism, a step that many communities have taken in the face of rising hate speech and hate crimes.

The IHRA language has faced some criticism, though, including recently in Maryland when community groups delayed the Montgomery County Council in passing a resolution against antisemitism in part over concerns that the definition could limit free speech or academic freedom. The IHRA definition includes an example that antisemitism “might include the targeting of the state of Israel,” which some have said equates political disagreement with bigotry.

Del. Marcus B. Simon (D-Fairfax), who is Jewish, said the report contained “some positive suggestions, [an] appropriate emphasis on right-wing extremism and accurate accounting of antisemitic incidents.”

But he said some of the policy prescriptions are easier said than done. “It’s easy in a report to say, ‘We should respect academic freedom and also have an anti-indoctrination policy,’” he said. “It’s when you get down to where to draw the lines and who gets to decide what constitutes indoctrination that things start to get sticky.”