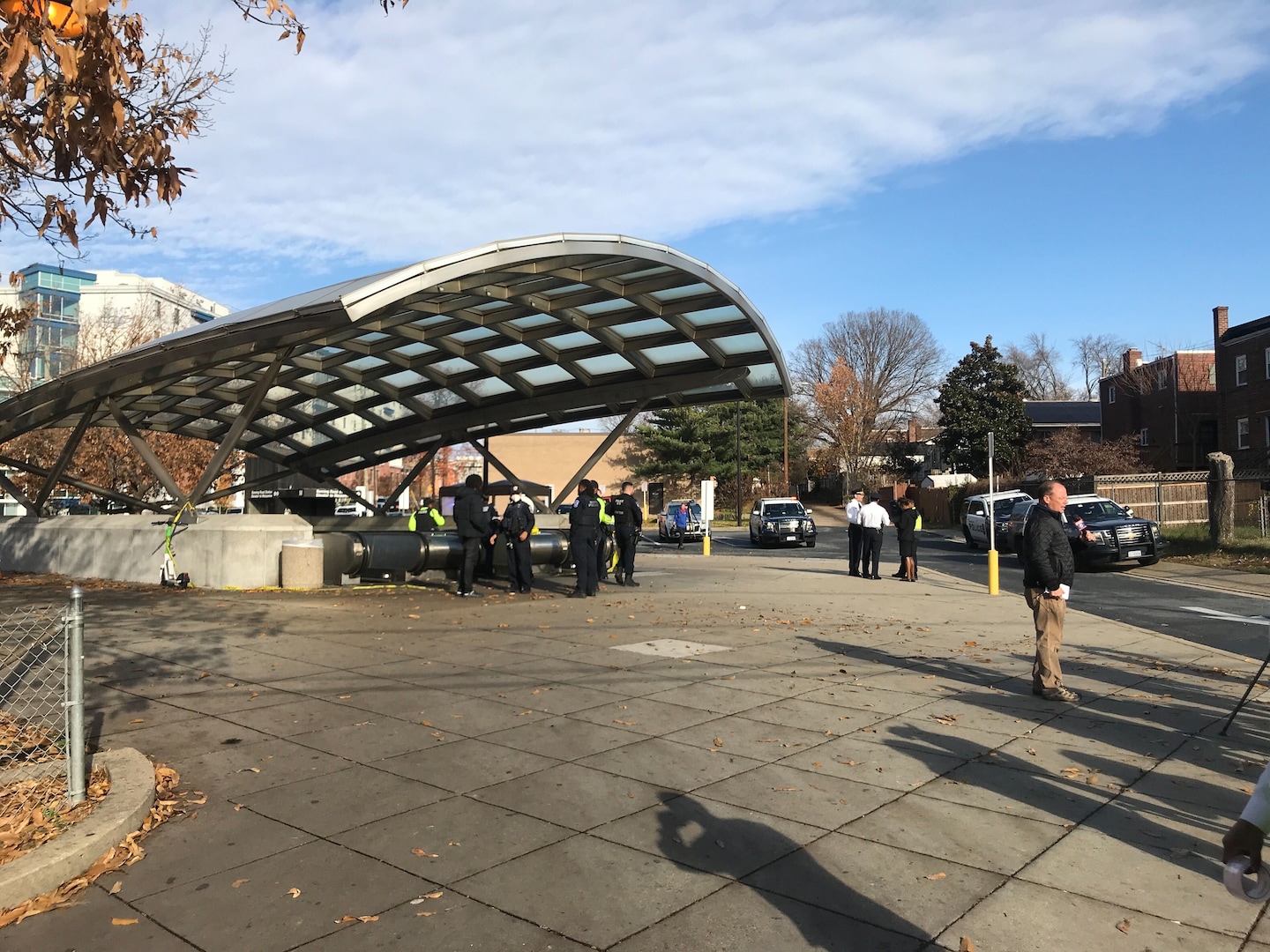 A teenager has been arrested in the shooting Thursday at the Benning Road Metro station that wounded three people, the transit agency said Friday.

The 16-year-old male suspect was arrested around noon Friday in Northwest, Metro said. He is being charged with attempted second degree murder and carrying a pistol without a license, the transit agency said.

In a statement reporting the arrest, Metro said the teenager was wearing an ankle monitor when taken into custody.

The wearing of electronic ankle monitors is often ordered by judges as a condition of release before completion of legal proceedings. The reason for the monitor worn by the teenager could not be immediately learned.

There were no other suspects, Metro said. All three shooting victims were expected to recover, Metro said.

The gunfire was the second shooting at a Metro facility in hours, and helped arouse concerns about safety in the transit system.

In Friday’s statement, Randy Clarke, the transit system’s general manager, called attention to Metro’s “extensive network of surveillance cameras that allow us to quickly identify perpetrators of violence and bring them to justice.”

He also said the Metro Transit Police have increased their presence on trains and buses in the past several months, to keep riders safe. The transit police are separate from the D.C. police and other law enforcement agencies in the region.

Transit police have said the gunfire Thursday followed a “physical altercation.” According to Metro, the most seriously wounded was a 15-year-old male who appeared to be the intended target. The two other victims were said to be bystanders.