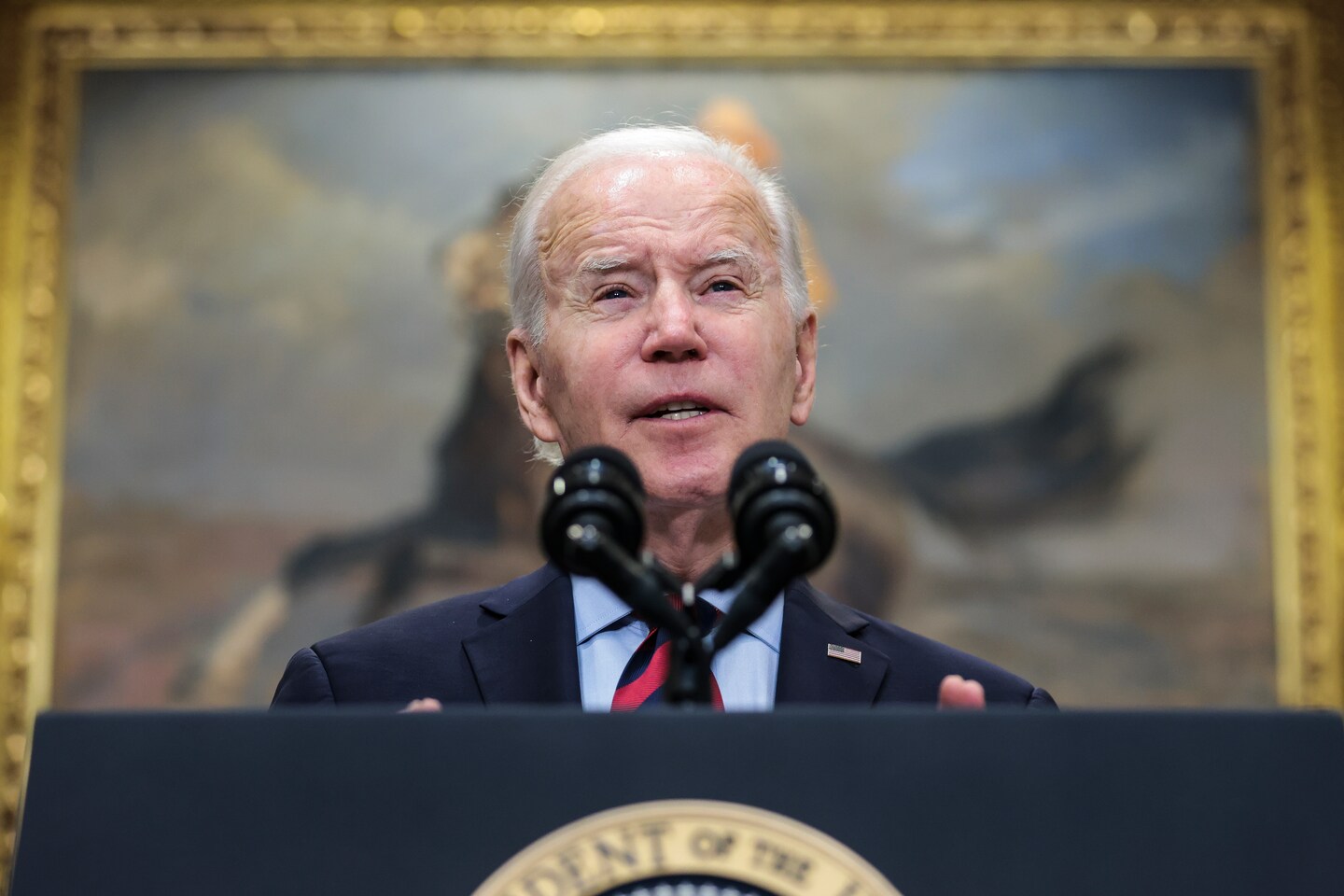 The office of Georgia’s secretary of state has all but closed the door on a plan by President Biden and the Democratic Party to make the southern swing state an early nominating contest in the 2024 presidential election.

Deputy secretary of state Jordan Fuchs told The Washington Post on Monday that Georgia would not change its historic primary schedule if it cost either party delegates and would not hold different primary dates for Democrats and Republicans in 2024.

Officials at the Republican National Committee — which already has set a calendar that would punish Georgia if its primary is held before Super Tuesday, when a raft of contests are held — have said there are no plans to revisit the rules.

“This needs to be equitable so that neither side loses a single delegate,” Fuchs said. “Without a push from the Republican side, the path to moving up Georgia’s presidential preference primary appears very slim.”

New Hampshire’s Republican governor and two Democratic Senators also have said they will defy Biden’s proposal to shuffle the primary calendar. Rather than vote second — on the same day as Nevada — New Hampshire plans to hold its 2024 presidential primary at least seven days before any other state, as required by state law, Gov. Chris Sununu (R) has said.

If Georgia and New Hampshire leaders stick to their statements, Biden’s plan to have four 2024 primary dates for Democrats before Super Tuesday on March 7, which was approved by a key Democratic Party committee on Friday, will not come to pass.

“We always said this would be a process. All five states have until January 5 to meet the requirements to obtain a waiver, and there will be many conversations and steps before then, and after then,” Minyon Moore and Jim Roosevelt Jr., co-chairs of the Democratic Party’s Rules and Bylaws Committee, said in a statement Monday. “Democrats believe strongly that Georgia voters should have their voices heard in this window as Georgia voters have shown up time and again. Georgia officials should recognize the significant boost to the economy this brings to their state while playing a bigger role in picking the president of the United States and we will continue to make that case.”

The new Democratic Party schedule begins with the first primary date in South Carolina, the second in Nevada and New Hampshire, the third in Georgia and the fourth in Michigan. But Democrats in only three of those states — South Carolina, Nevada and Michigan — have the ability to set their primary dates without Republican support.

The Rules and Bylaws Committee has given the Democratic parties in all five states until Jan. 5 to prove that they have the ability to meet the rules, or forfeit their early position. The final schedule is likely to be approved by the full Democratic National Committee at a meeting in February.

Raymond Buckley, the chair of the New Hampshire Democratic Party, said Monday that there is still time for Democrats to back away from their new 2024 plans.

“Two months is a lifetime in politics, and we will continue spreading the message of New Hampshire,” Buckley said. “I think there are other solutions that would have fulfilled all of those needs, and we look forward to having those discussions over the next two months.”

White House press secretary Karine Jean-Pierre told reporters Monday that Biden has been very clear that “respecting our diversity as a nation and breaking down barriers for our people is a fundamental principle.”

The most likely outcome, given the statements of the national parties and the affected states, is a complicated nominating calendar in 2024, with Republicans and Democrats no longer moving in parallel.

Republicans plan to once again start with the Iowa caucuses, probably at some point in January. The Iowa GOP has invited Democrats to join them, though the state’s Democratic Party has not yet said whether it will hold an early caucus that awards no nominating delegates or a caucus after the first Tuesday in March that awards delegates.

Republicans would then hold their South Carolina primary, since primary dates in that state can be different for each party, which has the power to set the date. Democrats have said they would then schedule an early primary in Michigan later in February. Michigan leaders have not yet said whether that state would require Republicans to vote on the same day, thereby forfeiting some nominating delegates, or whether Democratic leaders would schedule a separate Republican primary later in the year.

Under rules adopted by the Democratic Party, candidates who put their name on the ballot in unsanctioned primary or caucus contests cannot win nominating delegates from those states and could face additional sanctions, like being denied access to party debates. As a result, it is possible that unsanctioned New Hampshire and Iowa nominating contests do not reflect the full field of competitors.

All of this would be moot, of course, if Biden ends up running for his party’s nomination unchallenged.

In the meantime, South Carolina Democrats began moving over the weekend to solidify their new first-in-the-nation status for Democrats. The executive committee of the state Democratic Party voted Saturday to give state chair Trav Robertson the ability to set the state’s Democratic primary on Feb. 3, 2024, as the Democratic Rules and Bylaws Committee instructed on Friday, Robertson said.

Mariana Alfaro contributed to this report.