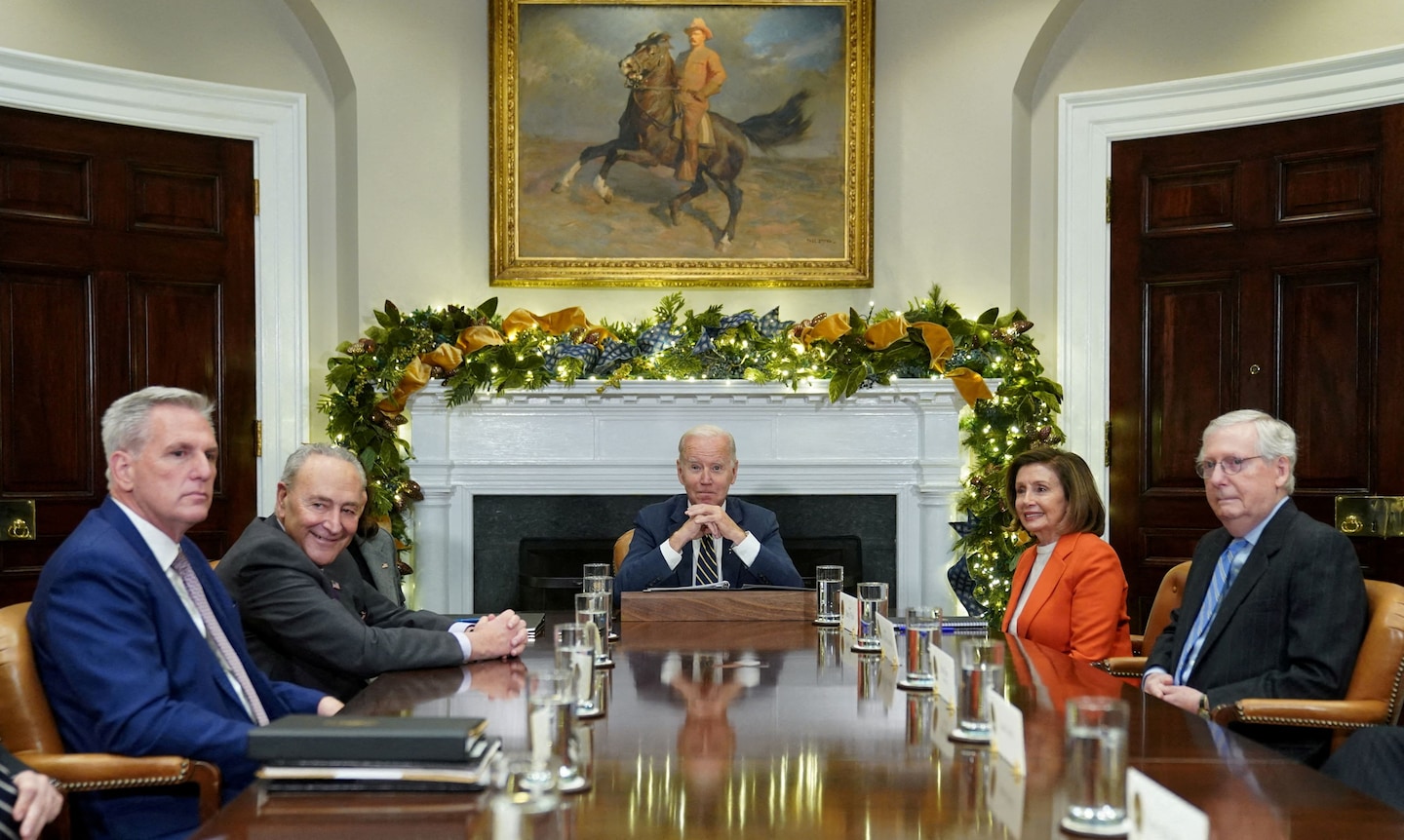 Congress is exploring whether to jettison a coronavirus vaccine mandate on military service members as part of a roughly $800 billion bill to reauthorize the Pentagon, a concession meant to win Republican votes on the vital end-of-year package.

House Minority Leader Kevin McCarthy (R-Calif.) claimed Sunday that he had worked out the arrangement directly with President Biden. Although White House officials later disputed that characterization, McCarthy described the compromise as his party’s “first victory” since the GOP won control of the House in the midterm elections.

“We will secure lifting that vaccine mandate on our military,” McCarthy said on Fox News’s “Sunday Morning Futures.” “What we’re finding out is they’re kicking out men and women who are serving.”

Asked if it would be definitively removed from the bill, known as the National Defense Authorization Act, McCarthy replied: “Yes it will, otherwise the bill will not move.”

“I’ve been very clear with the president,” he continued. “The president worked with me on this.”

Top aides at the White House confirmed the two men had discussed the matter. But they stressed that nothing had been resolved between the president and McCarthy, who is vying to be speaker once the GOP assumes control of the House next year.

“Leader McCarthy raised this with the President, and the President told him he would consider it,” spokeswoman Olivia Dalton said in a statement Sunday. “The Secretary of Defense has recommended retaining the mandate, and the President supports his position. Discussions about the NDAA are ongoing.”

On the Hill, meanwhile, congressional aides similarly described the situation as fluid. One Democratic aide, who spoke on the condition of anonymity to discuss the private talks, said the vaccine policy is being negotiated as part of a final set of lingering disagreements. Any attempt to remove the mandate would not be final until Democrats and Republicans could broker a deal on the fuller defense-policy bill, the aide said.

The political dynamic nevertheless foreshadowed the difficult policymaking on the horizon next year, when the House is set to fall into Republican hands.

The negotiations could be intense as Biden looks to win over must-have GOP votes around a litany of looming deadlines. That includes efforts to fund the government, which is set to run out of money later this month, and to raise the debt ceiling, which Congress must tackle at some point in the new year.

With vaccines, in particular, Republicans over the past year have laid repeated siege against the president’s policies. Last year, they even went as far as to threaten a government shutdown just to force a vote overturning some of the rules, which ultimately faltered.

GOP leaders have argued that the mandates governing troops, health-care workers and others amount to federal overreach. With the military, in particular, Republicans assert that the policies have harmed recruitment and forced the discharge of thousands of service members.

“The United States simply cannot afford to discharge our brave men and women in uniform and lose the investments we have made into each and every one of them due to an inept bureaucratic policy,” Sens. Rand Paul (R-Ky.), Lindsey O. Graham (R-S.C.) and 11 other GOP lawmakers wrote last week in a letter to congressional leaders.

Biden and his top advisers have pointed to the overwhelming body of scientific research showing the vaccines are safe and effective at stopping the transmission of the coronavirus. Otherwise, though, the Pentagon has declined to comment on the NDAA negotiations.

“Vaccination for covid is still a requirement,” Brig. Gen. Pat Ryder, the press secretary for the Defense Department, said Thursday.

Karoun Demirjian contributed to this report.