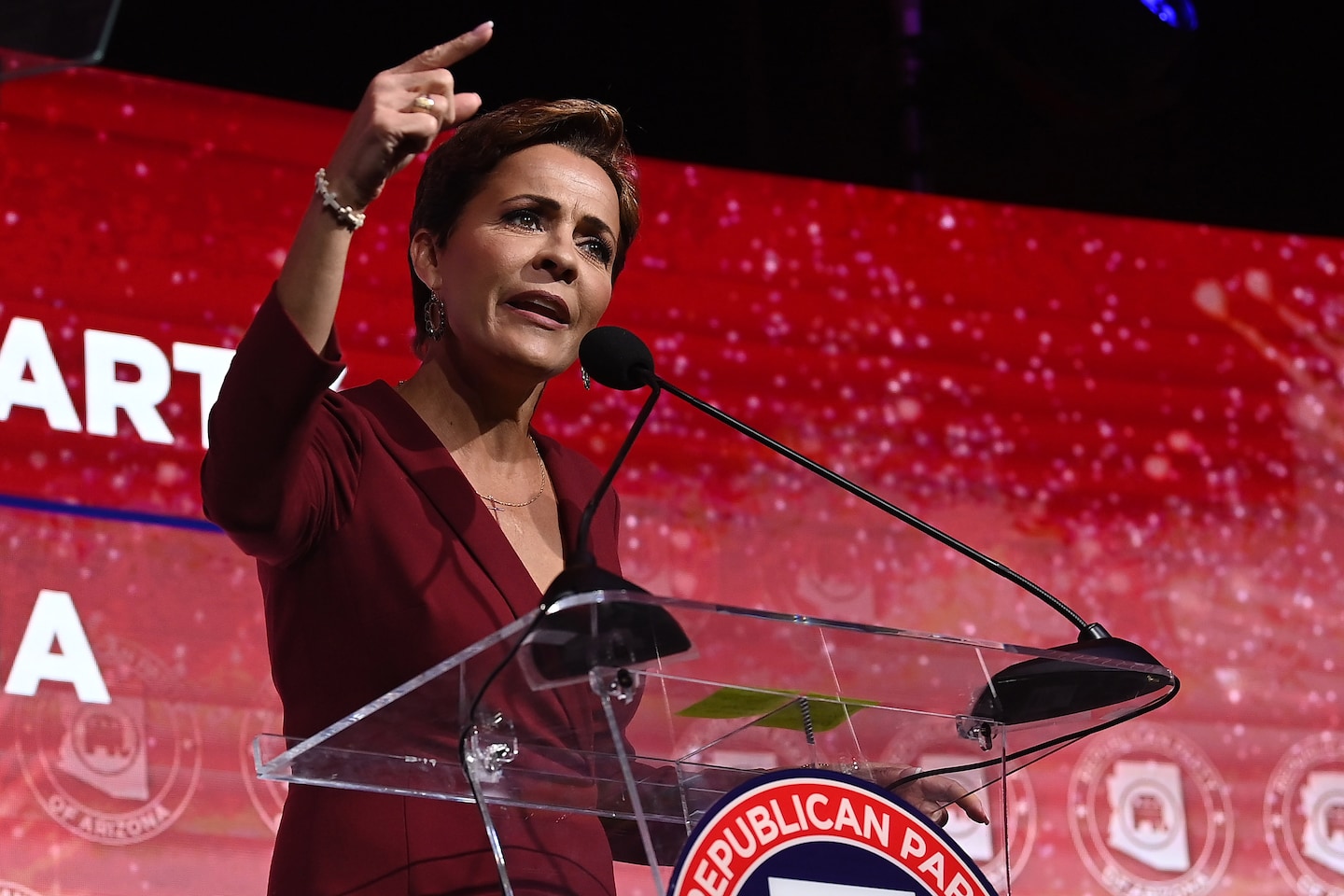 Republican Kari Lake, who lost the race for Arizona governor, sued state elections officials Friday, challenging the vote counting and certification of the midterm election and asking a court to declare her the winner.

In the 70-page lawsuit, Lake asks the Maricopa County Superior Court for an order “declaring that Kari Lake is the winner of the 2022 Arizona gubernatorial election,” or alternatively throwing out the results of the election and requiring the county to conduct a new election.

Lake is the highest-profile election denier to contest her own loss in the midterm elections. Most others who lost have conceded defeat.

Even before midterm voting began, Lake refused to say she would accept the results of the gubernatorial election unless she won. She described the race as “botched” before it was called.

The lawsuit repeats unsupported claims that Lake has previously made about Maricopa County’s election and alleges that Hobbs and the county officials have “shattered” public trust in the election process.

Hobbs’s campaign called the lawsuit baseless, saying it was a “desperate attempt to undermine our democracy and throw out the will of the voters.”

“Arizonans made their voices heard and elected Katie Hobbs as governor. No nuisance lawsuit will change that,” Hobbs’s campaign said in a statement on Twitter.

Like Trump, Lake has sought to sow doubt in the election results via social media, asking users to share their accounts of voting issues in Maricopa County. She has shared stories of some voters who had to wait in lines to cast their ballots due to a printing error.

“The Election Day debacle … preclude[s] the Defendants in this action from certifying Hobbs as the winner of the election,” the lawsuit reads.

The suit partly hinges on those claims, alleging “illegal” votes and saying Republican voters were “disenfranchised.” There is no evidence voters could not cast their ballots because of the mechanical glitch, according to a report by election officials.

A leaked call last month showed that attorneys for her campaign and the Republican National Committee questioned a lawyer for Maricopa County, which includes Phoenix, about perceived voting problems. After her loss, advisers urged Lake not to claim the election was stolen, as Trump did in 2020, The Washington Post reported.

Lake also asks the judges to order a “forensic examination” into what the lawsuits lists as problems on Election Day, to throw out any invalid ballots, and to allow her to inspect Maricopa County’s ballots.

Lake’s attorney and campaign did not immediately respond to requests from The Post on Friday.

Meryl Kornfield contributed to this report.