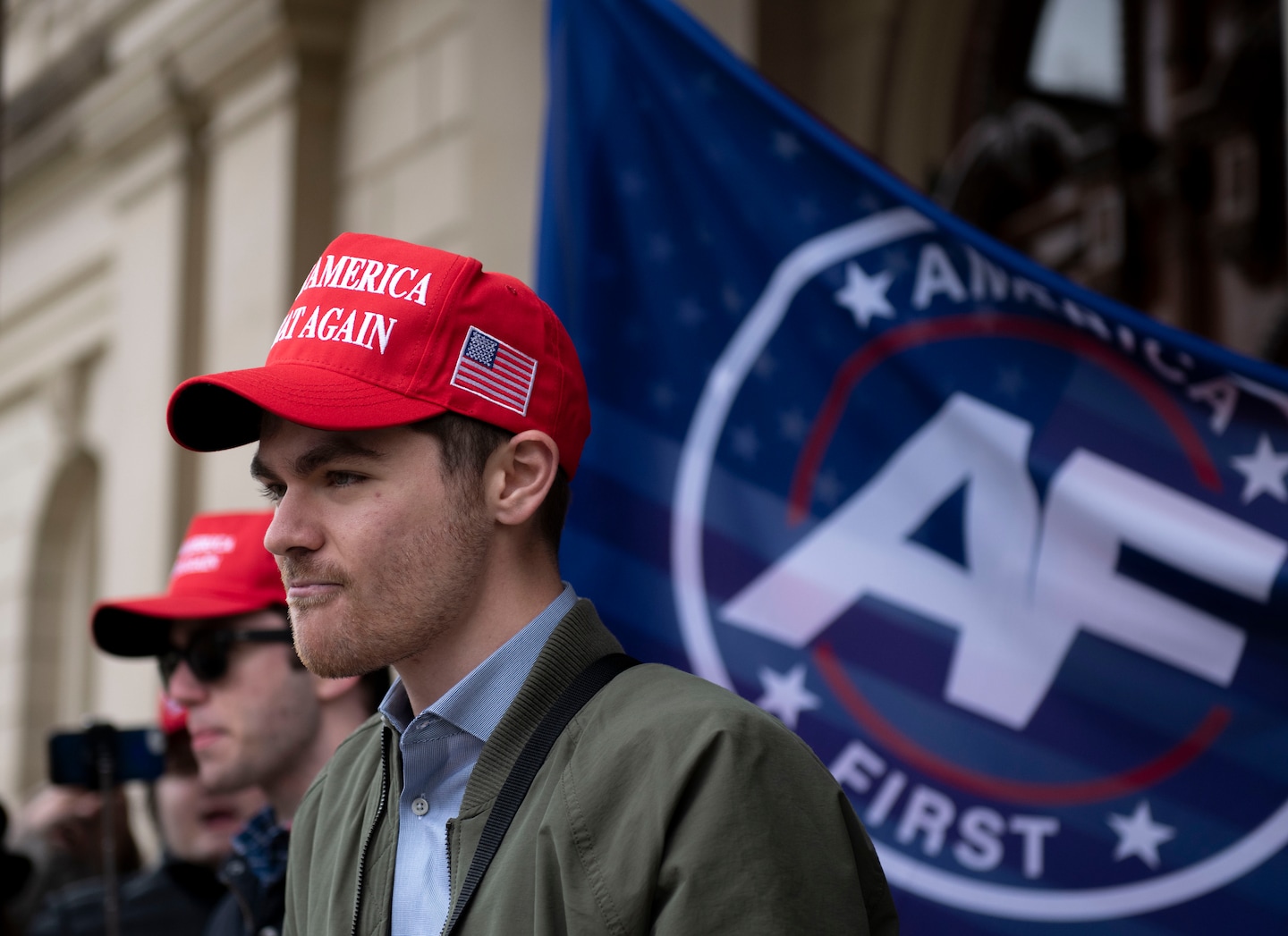 Former vice president Mike Pence and numerous Republican lawmakers on Monday criticized Donald Trump for dining with the white nationalist Nick Fuentes and the rapper Ye, both of whom have a history of antisemitic remarks, marking a rare break with Trump in the upper echelons of the GOP.

Pence was most clear in his condemnation, saying in an interview with NewsNation, “President Trump was wrong to give a white nationalist, an antisemite and a Holocaust denier a seat at the table. I think he should apologize for it, and he should denounce those individuals and their hateful rhetoric without qualification.”

He joined several Republican senators who also directly criticized the former president in statements disavowing the dinner with Fuentes and Ye. Pence’s comments were also one of the clearest instances of the former vice president trying to set himself apart from Trump, whom he served for four years, amid the expectation that Pence will challenge Trump for the GOP presidential nomination in 2024.

Christie tweeted on Saturday: “This is just awful, unacceptable conduct from anyone, but most particularly from a former President and current candidate.”

“Well, I hope, someday, we won’t have to be responding to what former President Trump has said or done,” Hutchinson said in an interview Sunday on CNN. “In this instance, it’s important to respond. … I don’t think it’s a good idea for a leader that is setting an example for the country or the party to meet with an avowed racist or antisemite.”

Some Senate Republicans kept their comments focused on Fuentes specifically, or antisemitism broadly, avoiding speaking directly about Trump, in a sign of the continuing influence the former president holds over the party.

Mike Pompeo, who served as Trump’s secretary of state and who is also said to be considering a run for the White House, tweeted on Sunday, “Anti-Semitism is a cancer. As Secretary, I fought to ban funding for anti-Semitic groups that pushed BDS. We stand with the Jewish people in the fight against the world’s oldest bigotry.”

Monday’s unusual deluge of criticism from Senate Republicans came five days after Trump’s dinner at Mar-a-Lago and nearly three weeks after Republicans earned a modest House majority but failed to take back the Senate in the midterm elections, sparking a widespread debate about whether and how the party should move away from Trump’s influence.

“President Trump hosting racist antisemites for dinner encourages other racist antisemites,” Sen. Bill Cassidy (R-La.) tweeted. “These attitudes are immoral and should not be entertained. This is not the Republican Party.”

Sen. Shelley Moore Capito (R-W.Va.) said Trump should have “certainly” known who he is dining with, telling reporters Monday, “I totally think it’s ridiculous to be sitting down with somebody who espouses such views.”

Trump has acknowledged he had a private dinner with Fuentes and Ye at his resort in Palm Beach, Fla., on Tuesday night. According to a post on TruthSocial, the former president said that Ye had called him “to have dinner at Mar-a-Lago” and that the rapper then “unexpectedly showed up with three of his friends, whom I knew nothing about.”

Ye and Fuentes joined an online show Monday night to discuss the dinner — which Ye said had been scheduled in October but got pushed back until after Trump announced his candidacy — and its aftermath, where Ye seemed to confirm Trump’s version of the events.

Ye, the rapper formerly known as Kanye West, recently lost billions of dollars of net worth after businesses cut ties with him for repeatedly making antisemitic remarks. Fuentes has espoused racist and antisemitic views, endorsed segregation, attacked immigrants and made light of the Holocaust. He has been labeled a white supremacist leader by the Anti-Defamation League, which he denies. Trump has claimed that he did not know Fuentes but has not condemned his dinner guests or their views since reports of the meal emerged.

Sen. Susan Collins (R-Maine) said in a statement that she condemns “antisemitism and white supremacy” and that “the president should never have had a meal or even a meeting with Nick Fuentes.”

The public critiques of Trump were notable after years in which many Republicans remained silent as he courted extremists. Still, many stopped short of a full denouncement.

In his interview with NewsNation, Pence defended Trump’s character. He pointed out that Trump’s eldest daughter, Ivanka Trump, had converted to Judaism, and that her children with husband Jared Kushner are Jewish.

“I don’t believe Donald Trump is an antisemite. I don’t believe he’s a racist or a bigot. I would not have been his vice president if he was,” Pence added. “I think the president demonstrated profoundly poor judgment in giving those individuals a seat at the table.”

“Whoever had responsibility for knowing the backgrounds of people in the room, I hope they’re already fired because that was bad decision-making on their part,” Sen. Thom Tillis (R-N.C.) said Monday. He declined to say whether Trump should apologize.

Sen. John Thune (R-S.D.) told reporters Monday that the dinner was “just a bad idea on every level.”

“I don’t know who was advising [Trump] on his staff, but I hope that whoever that person was got fired,” Thune said.

Sens. Steve Daines (R-Mt.) and Rick Scott (R-Fla.) both generally said there was no room for Fuentes’s views in the GOP.

Asked whether Trump should condemn his dinner guests, however, Scott said, “I think Republicans should all condemn white supremacy and antisemitism.” Sen. Lindsey O. Graham (R-S.C.) said he didn’t think anyone should “give oxygen to people like that” but said he would still support Trump.

In a statement, Republican National Committee Chairwoman Ronna McDaniel said that “white supremacy, neo-Nazism, hate speech and bigotry are disgusting and do not have a home in the Republican Party.”

A spokesman for Trump did not respond to multiple requests for comment.

Earlier Monday, White House press secretary Karine Jean-Pierre criticized Trump for the dinner — as well as Republicans who had declined to comment on the meeting.

“There is just no place for these types of vile forces in our society,” Jean-Pierre told reporters at the White House. She added: “And let’s not forget, when you say things like this, when you … do not speak out against these type of poisonous and dangerous kind of remarks or representation, if you will, that is also incredibly dangerous within itself.”

On the Senate floor Monday afternoon, Senate Majority Leader Charles E. Schumer (D-N.Y.) blasted Trump over the meeting and called on lawmakers from both sides of the aisle to do the same.

“For a former president to sit down and have dinner with a high-profile antisemite is disgusting and dangerous,” Schumer said. “To give an antisemite even the smallest platform, much less an audience over dinner, is pure evil.”

A previous version of this article incorrectly stated Mar-a-Lago is in Palm Springs, Fla. It is in Palm Beach, Fla. The article has been corrected.