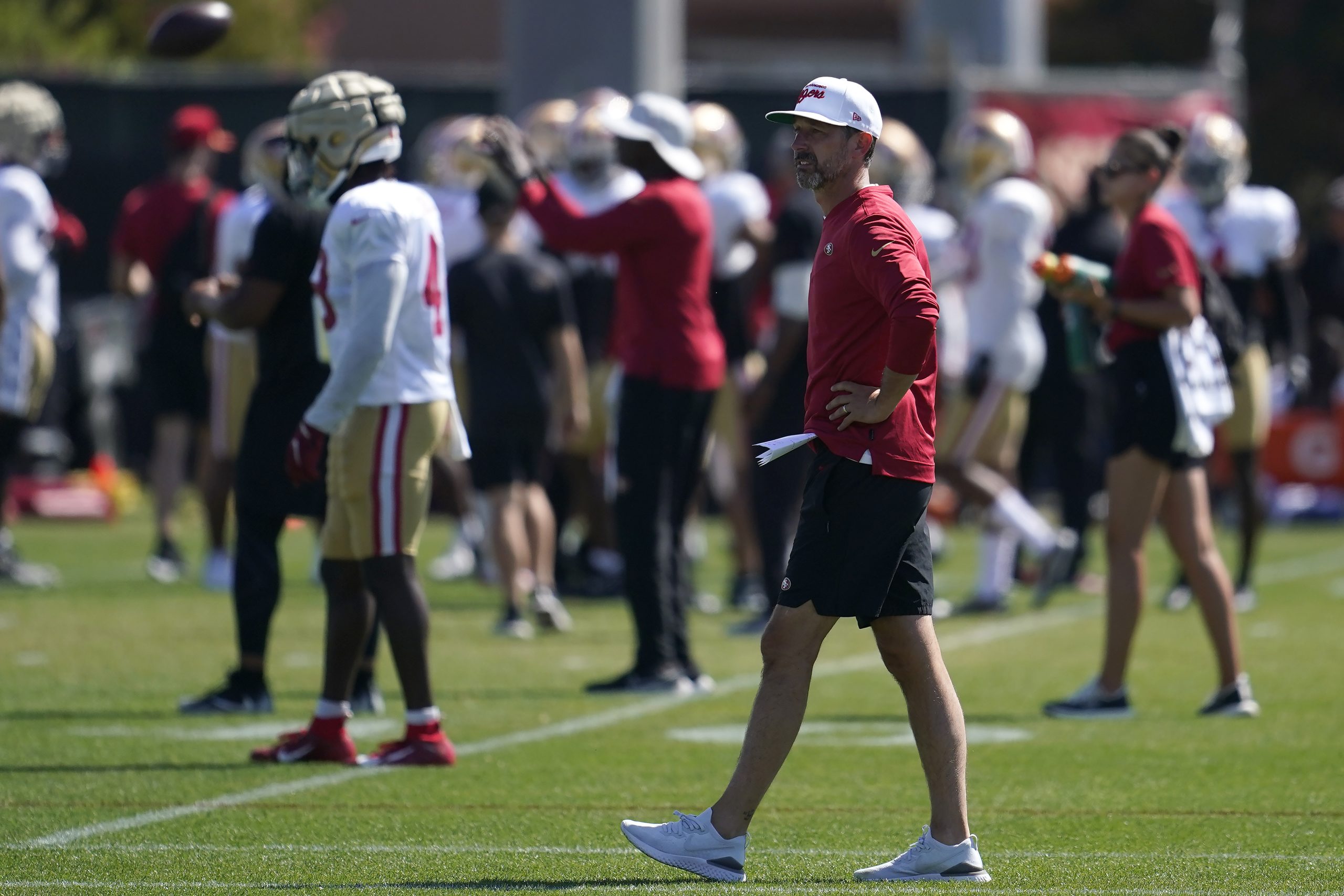 NFL training camps usually contain a fight or two as players have been waiting to get back into the pads for months.

But there’s a line, and the San Francisco 49ers apparently crossed it on Tuesday.

Niners head coach Kyle Shanahan halted practice on Tuesday after punches were thrown on two separate occasions. The fights occurred between linebacker Fred Warner and wide receiver Brandon Aiyuk, forcing Shanahan to call a meeting in the middle of practice.

“I love the intensity of it,” Shanahan said Friday. “I don’t think you have to fight to be intense, though. Scuffles are scuffles, but then they lead to other stuff. I think that’s why we’ve got a guy in protocol, because he took an unnecessary shot on someone, which led to the big fight, and then we had a bunch of haymakers and stuff thrown in there, which only break hands.

“I think our team is pretty tough. I think we’re pretty physical. I think if most probably voted on who would be the most physical team on tape last year, I think we’d win most of that and we didn’t get in one fight last year. So, I don’t think that totally pertains to toughness.”

The second altercation between Warner and Aiyuk occurred after Warner delivered a late hit on wide receiver Marcus Johnson, who wound up in the concussion protocol.

“Specifically with Brandon, I chose him out,” Warner said, according to ESPN. “I think he’s ready to make that next step into playing at an elite level. I’ve gotten after him a little bit… because I know how much he has in him. And I know if I nag him a little bit, he’s going to get sick and tired of that and start to hold his own… He’s started to really gain that mindset of knowing he’s a guy and he’s capable. I’m trying to get the best out of him. That’s it.”

On Wednesday, fights during practice impacted another team as New Orleans Saints offensive lineman Trevor Penning and defensive lineman Malcolm Roach were thrown out of practice for fighting.

“We don’t have time for that… We gotta get our work done,” Saints head coach Dennis Allen told reporters after Wednesday’s practice. “We gotta learn as a team how to compete and how to play and how to practice and push ourselves to the limit, but yet, not take it over the edge.”