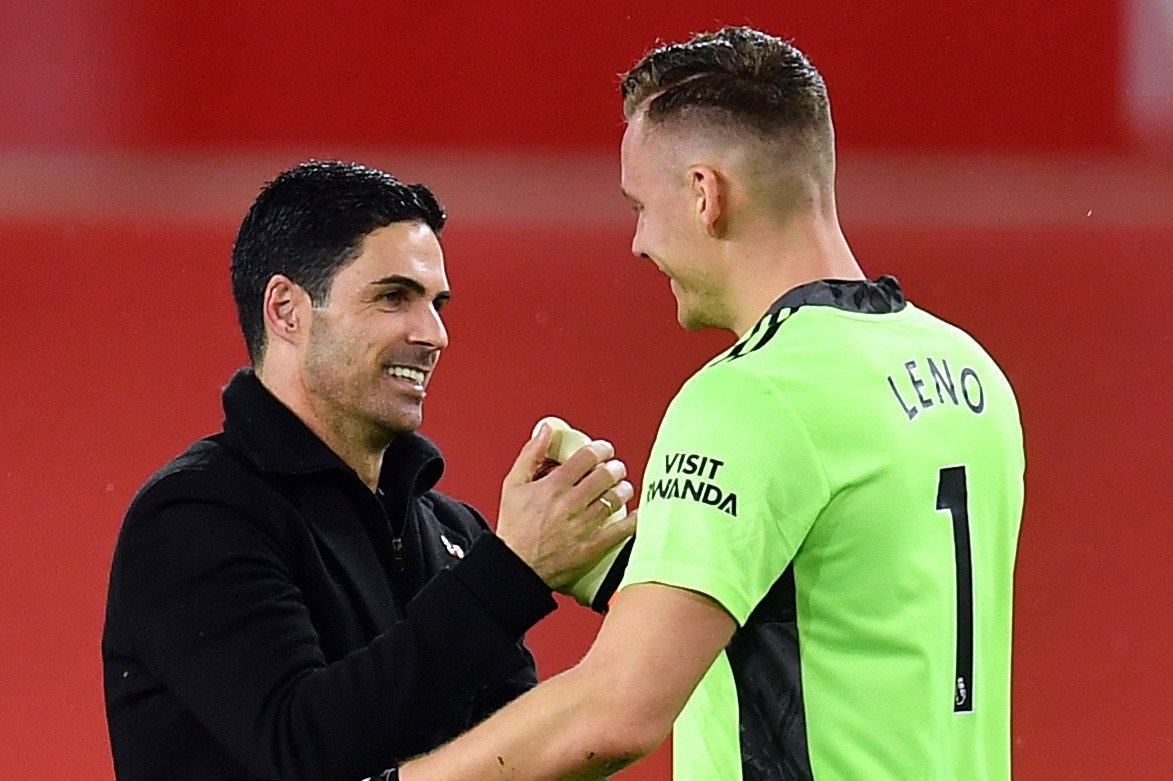 ARSENAL goalkeeper Bernd Leno claims manager Mikel Arteta has given him ‘no clear reason’ for being dropped.

The German stopper, 29, has not featured in the last three Premier League games for the Gunners and could be forced to move on.

Leno told German outlet Sport Bild: “There was no clear reason why I was out, just that it had nothing to do with my performance.

“He [Arteta] is the trainer, he decides. It’s difficult for me, of course.”

Arteta hasn’t publicly confirmed Ramsdale as his first-choice stopper and Leno still has two years remaining on his Emirates deal.

But rumours suggest Arsenal will make the more experienced stopper available for transfer in January to raise some cash.

Inter Milan are reportedly interested in signing the nine-cap international as a replacement for long-term favourite Samir Handanovic, 37.

But Leno insists he’s not giving up on his Arsenal dream just yet, adding: “I’m not really looking into that [a transfer] yet.

“I feel at home at Arsenal and in London.

“Only if nothing changes in my situation by winter would I have to think: ‘What options do I have, how can I continue?’

“But I concentrate on the work in training, I can’t influence everything else as of today.”

Leno has made 100 Premier League appearances for Arsenal since joining the club from Bayern Leverkusen in June 2018.