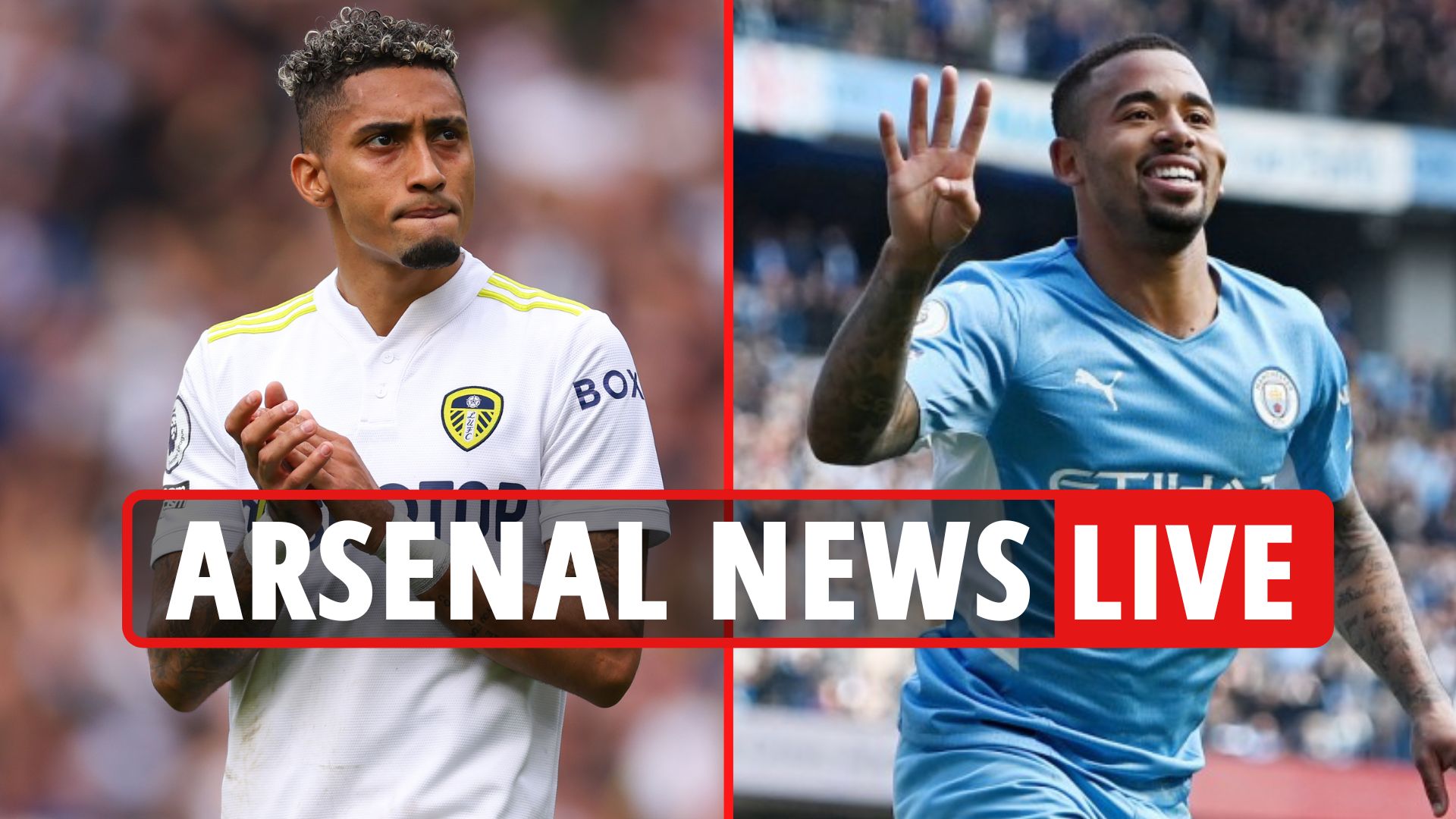 London’s Premier League giants are in a three-way battle for a hat-trick of Brazilian stars, writes TOM BARCLAY.

Samba boys Gabriel Jesus, Richarlison and Raphinha are all being eyed up by a  trio of the biggest clubs in the capital.

Tottenham boss Antonio Conte has dropped his interest in Gabriel Jesus, giving Arsenal and Chelsea a clearer run at the Manchester City forward.

But Conte’s Spurs and Chelsea are vying for Richarlison, who wants to leave Everton but is rated at more than £50million.

And Spurs are also in a fight with arch-rivals Arsenal for Leeds wideman Raphinha, coveted by Barcelona too but who would command a similar fee.

It makes for a Selecao-themed sideshow to the summer transfer market and one that could see each London club end the window with a shiny, new Brazilian international in their ranks.

Jesus, 25, has a year left on his City contract and is expected to leave following the signings of strikers Erling Haaland and Julian Alvarez.

Arsenal have a long-term interest in the former Palmeiras forward, whom Mikel Arteta worked with during his time as Pep Guardiola’s No2 at City.