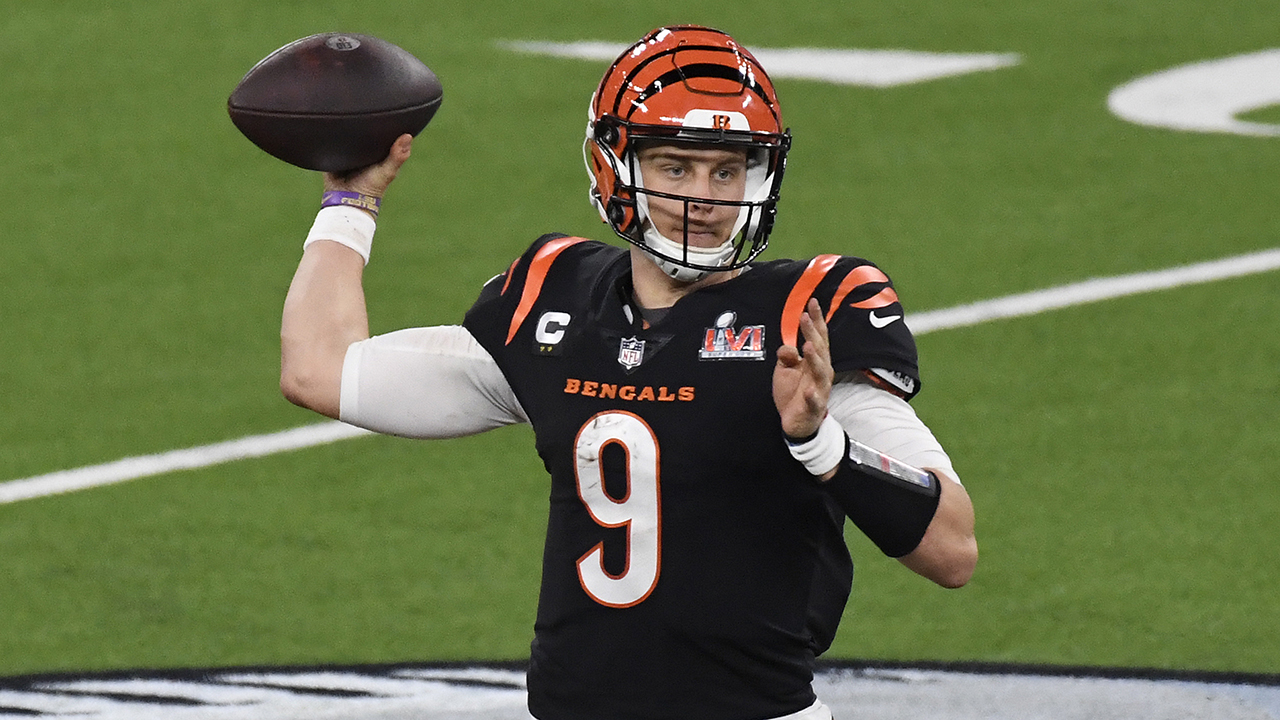 Cincinnati Bengals quarterback Joe Burrow revealed Wednesday that what may have seemed like a routine appendectomy last month was much more serious than that.

Burrow told reporters in his first presser since offseason training began that his July 26 procedure was a result of his appendix rupturing, not just the discomfort he had initially been feeling.

“It wasn’t normal appendicitis that you hear about,” he said Wednesday.

“I didn’t really feel much. Just getting checked out and had some discomfort, so we thought we’d get it checked out. Turns out I had it. So we had to get it fixed.”

Burrow, who led the Bengals to a Super Bowl for the first time in 33 years in just his second season, declined to comment on how much weight he’s lost since having the surgery. But he did hint at having to work to regain his strength.

Joe Burrow (9) of the Cincinnati Bengals reacts during a game against the Los Angeles Rams during Super Bowl LVI at SoFi Stadium Feb. 13, 2022, in Inglewood, Calif.
(Ronald Martinez/Getty Images)

“Just getting my abs and my core re-engaged,” Burrow said. “When they cut into you and do all that stuff, your core is going to lose some muscle and strength. Just working to get that back.”

Burrow’s rookie season was cut short in Week 11 after he tore an ACL. He returned the following year to lead the Bengals to the franchise’s first Super Bowl appearance since 1988. He finished the season with 4,611 yards passing, 34 touchdowns and 14 interceptions.

Joe Burrow of the Cincinnati Bengals looks to pass against the Los Angeles Rams during Super Bowl LVI at SoFi Stadium Feb. 13, 2022, in Inglewood, Calif.
(Focus on Sport/Getty Images)

“I’d like to have a normal offseason at some point,” Burrow said, via ESPN. “That would be great. Going into the season feeling as good as I can, but that hasn’t been the reality for three years. Make the most of what you got.