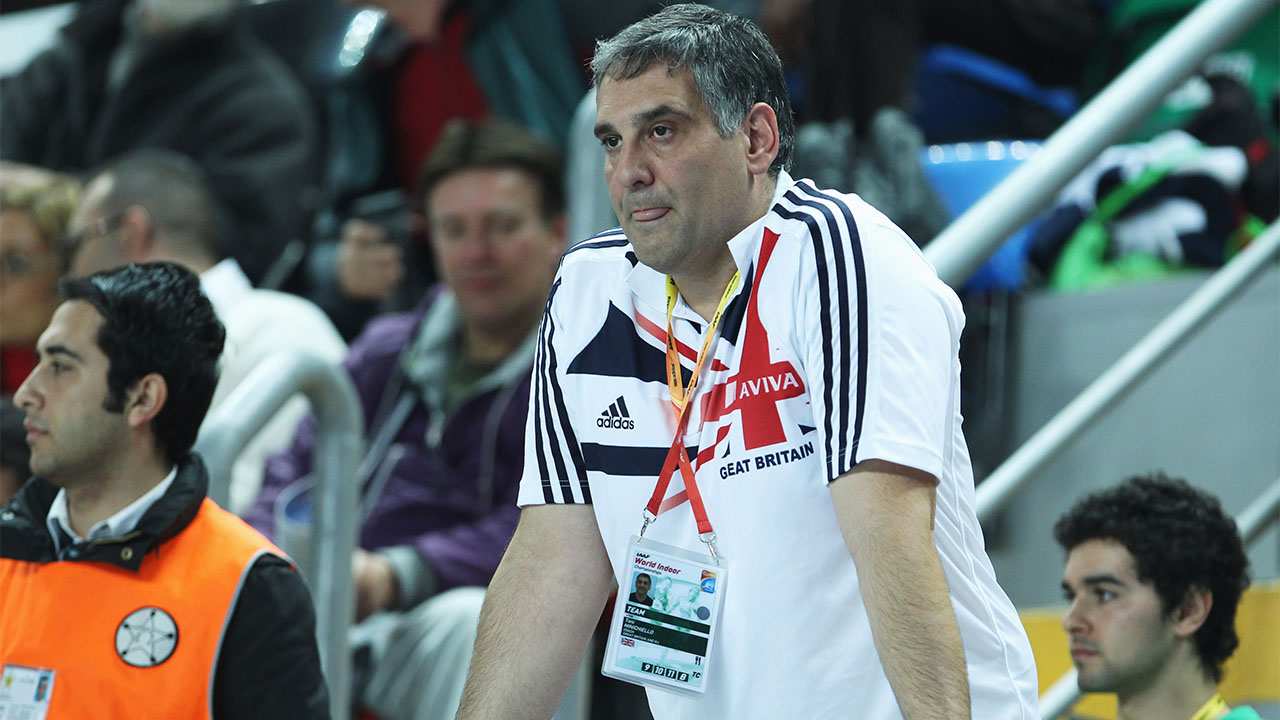 Minichiello was provisionally suspended last year pending an investigation due to complaints from female athletes. Minichiello was found guilty by a tribunal of four charges that amounted to “gross breaches of trust,” the governing body said.

“They constitute gross breaches of trust by Mr. Minichiello, which have had severe consequences for the mental health and mental well-being of the athletes under his charge,” U.K Athletics said.

“I cannot fully express my disappointment with this decision and with U.K. Athletics’ unfair handling of this process,” Minichiello said in a statement. “I have been a coach for over 30 years, and while I have been robust and demanding, I have not behaved inappropriately towards any of my athletes as very many of them would confirm.”

Minichiello made his name in coaching by helping guide British track and field star Jessica Ennis-Hill to three world titles from 2009 to 2015 and Olympic gold and silver medals.

Minichiello’s coaching license expired during the prosecution, so he cannot be suspended or subject to a sanction by the U.K. Athletics governing body.

While he cannot be suspended, U.K Athletics effectively banned him from coaching ever again, “Therefore, UKA has decided that it will not entertain any future application made by Mr. Minichiello for a UKA coach license in perpetuity,” the British track body said.

Ryan Canfield is a college associate for Fox News Digital.

17 of the Best Plus Size Bodysuits to Elevate Your Wardrobe