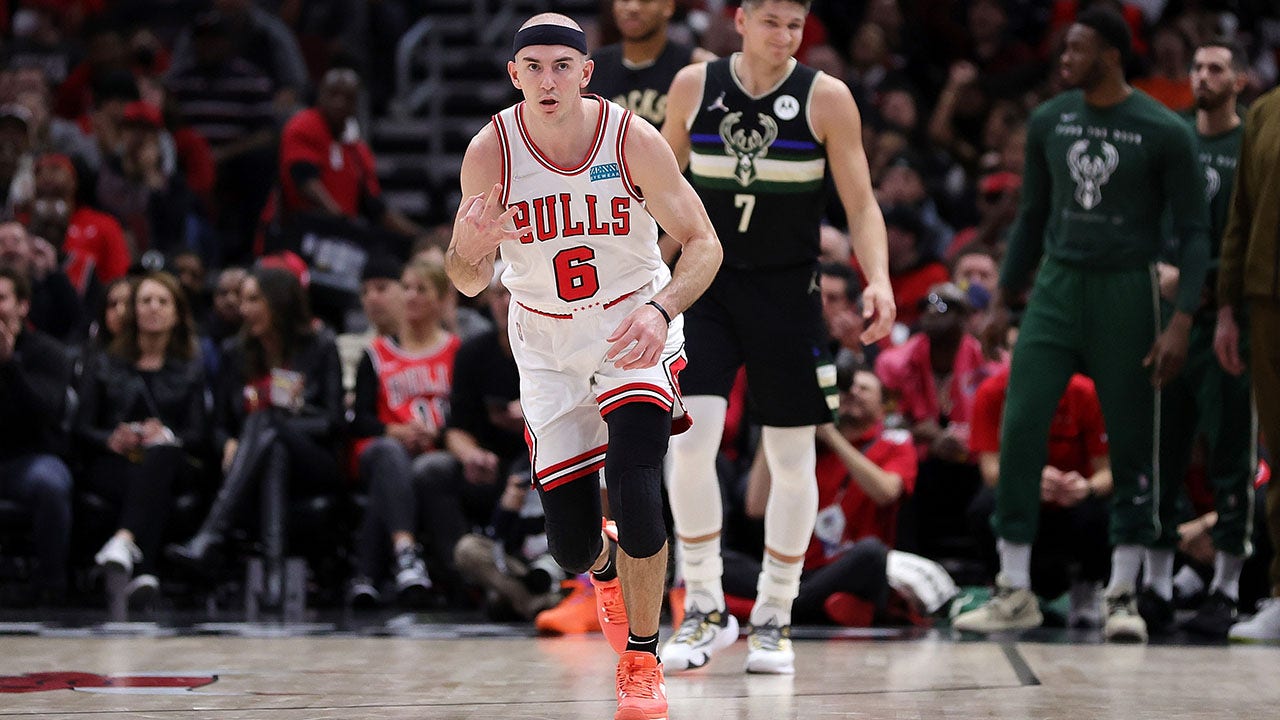 Chicago Bulls guard Alex Caruso considered changing his jersey number for the upcoming NBA season in order to honor the late Bill Russell, but the NBA wasn’t having it.

On Monday, Caruso was asked about wearing the No. 6, explaining that the NBA told him he couldn’t change his number due to his popularity.

Member of the Boston Celtics 1966 Championship team Bill Russell is honored at halftime of the game between the Boston Celtics and the Miami Heat at TD Garden on April 13, 2016 in Boston, Massachusetts.
(Mike Lawrie/Getty Images)

“I did give some thought to changing it this year,” Caruso told reporters Monday. “And the NBA told me I couldn’t because I was in the top 75 of jersey sales. So, that’s like a rule.”

The NBA retired the No. 6 jersey league-wide following the July 31st death of Russell at the age of 88.

Players currently wearing a No. 6 jersey were grandfathered in and allowed to continue using the jersey number.

“I looked into it, and obviously I want to do nothing but honor him and his legacy and what he stood for,” Caruso said. “He’s one of the pioneers, a racial advocate for the game of basketball in general, and just an all-around great person. I don’t know anybody that talks about him or knew him that had anything negative to say.

Alex Caruso #6 of the Chicago Bulls reacts to a three point shot during the second quarter of Game Three of the Eastern Conference First Round Playoffs against the Milwaukee Bucks at the United Center on April 22, 2022 in Chicago, Illinois.
(Stacy Revere/Getty Images)

“Probably next year I’ll look into getting another number.”

Along with retiring the number, the NBA will honor Russell throughout the upcoming season with a commemorative patch on all jerseys and a clover-shaped logo on the court with the No. 6.

Bulls guard Alex Caruso (6) suffered a bloodied nose in the first half against the Bucks at the United Center in Chicago on April 24, 2022.
(Terrence Antonio James/Chicago Tribune/Tribune News Service via Getty Images)

“Bill Russell’s unparalleled success on the court and pioneering civil rights activism deserve to be honored in a unique and historic way,” NBA Commissioner Adam Silver said when announcing the retirement of the uniform number. “Permanently retiring his No. 6 across every NBA team ensures that Bill’s transcendent career will always be recognized.”

Russell is the greatest winner in basketball history, winning 11 NBA championships in 13 seasons with the Boston Celtics.