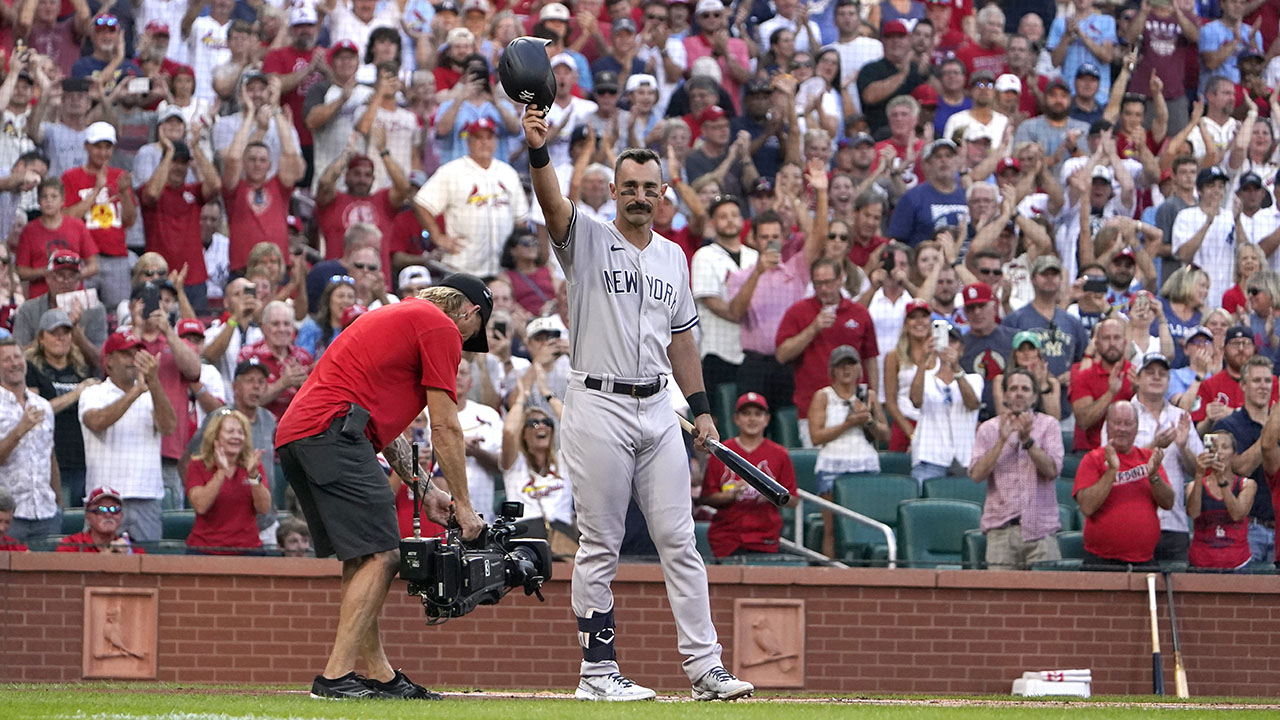 Matt Carpenter returned to the city where he has spent the majority of his MLB career Friday night, and the St. Louis Cardinals staged a late-game comeback to defeat the New York Yankees 4-3.

Carpenter, who went 2-5 at the plate in the loss, received a standing ovation from the Cardinals’ crowd.

“A lot of emotions,” Carpenter, 36, said. “I spent a lot of time here. I have a lot of great memories here. It was definitely a special moment.”

TIGERS’ MIGUEL CABRERA COMMITS TO PLAYING IN 2023: ‘I’M GOING TO BE RIGHT HERE’

Prior to the game, Carpenter spoke with the media and had a difficult time controlling his emotions as he discussed the return to Busch Stadium.

The New York Yankees’ Matt Carpenter looks into the St. Louis Cardinals’ dugout as he steps up to bat during the first inning Friday, Aug. 5, 2022, in St. Louis.
(AP Photo/Jeff Roberson)

“Just stepping off the plane [Thursday] night and being back in St. Louis, that started it all for me,” Carpenter said, according to MLB.com. “My family will be here, and I haven’t seen many of the [Cardinals players] yet, but that will make it hard, for sure. A lot of special memories.”

Carpenter said there are a lot of similarities between the Yankees’ and Cardinals’ organizations.

“You could make a case they’re the New York Yankees of the National League,” Carpenter said of the Cardinals in a pregame news conference. “Combine that with just the history of the organization and what it means to put on that jersey, well, it’s a pretty cool place.”

The New York Yankees’ Matt Carpenter tips his cap as he steps up to bat during the first inning against the St. Louis Cardinals Friday, Aug. 5, 2022, in St. Louis.
(AP Photo/Jeff Roberson)

New York got 5.1 innings from All-Star Nestor Cortes, who allowed just one hit and two runs. But Clay Holmes was tagged with the loss for the Yankees after allowing the two eighth-inning runs.

The loss was the third in a row for New York, which will look to get back on track in game two of the three-game series Saturday.

The Associated Press contributed to this report