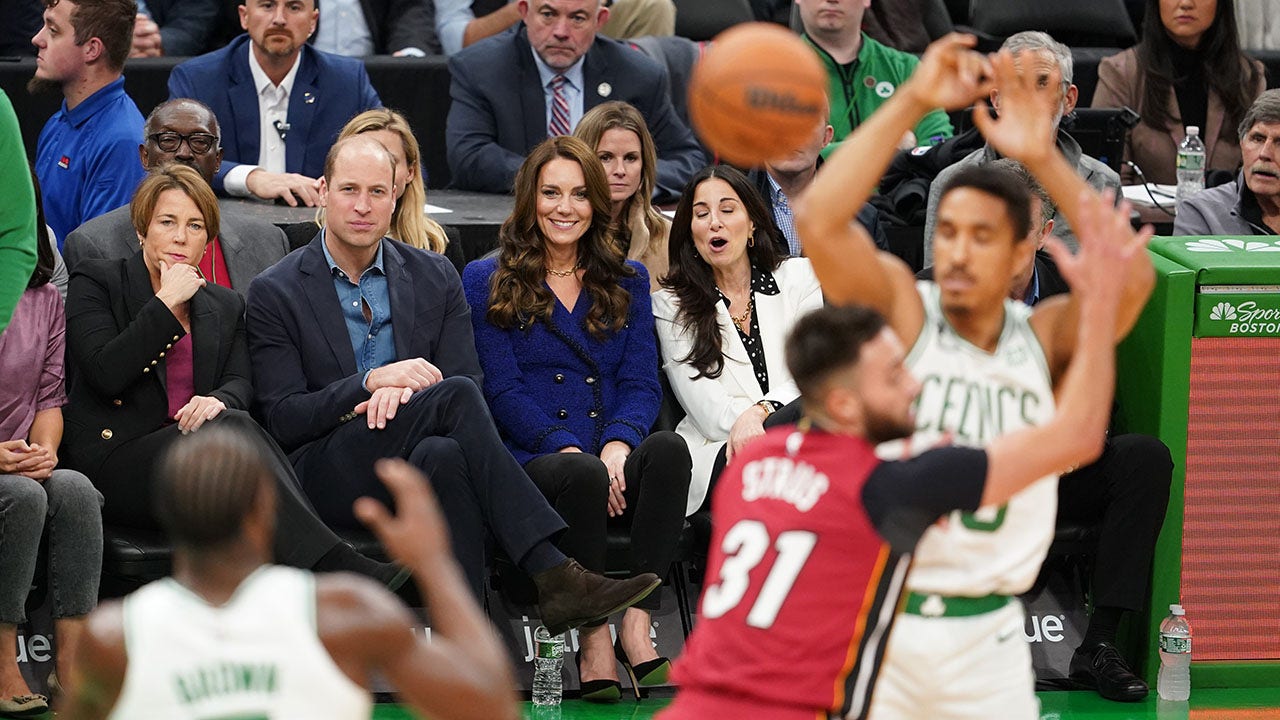 The Prince and Princess of Wales attended Wednesday’s Boston Celtics game, but many members of the team didn’t seem too interested.

In fact, the Celtics head coach doesn’t even consider Prince William and Kate Middleton as “The Royal Family.”

A reporter asked Joe Mazzulla if he met with “the Royal Family.”

His response: “Jesus, Mary and Joseph?”

Prince William, Prince of Wales and Catherine, Princess of Wales, watch the NBA basketball game between the Boston Celtics and the Miami Heat at TD Garden on Nov. 30, 2022 in Boston, Mass.
(Paul Edwards – Pool/Getty Images)

He seemed quite serious, too.

“Oh no, I did not. I’m only familiar with one royal family. I don’t know too much about that one,” he continued after a reporter clarified she was talking about the Prince and Princess of Wales.

The couple joined Celtics co-owner Wyc Grousbeck and his wife, Emilia Fazzalari, co-owner Steve Pagliuca and his wife, Judy, Celtics great and Hall of Famer Thomas “Satch” Sanders, and others. They are on their first trip to the United States in almost a decade.

Jaylen Brown hardly even noticed, as well, adding that “it was just a regular game for me.”

When the couple was shown on the jumobtron, fans broke out into a “USA” chant.

The Prince and Princess of Wales spoke with 15-year-old climate change activist Ollie Perrault courtside at the Celtics game, after she was honored by the “Heroes Among Us” program.
(Samir Hussein – Pool/WireImage)

The Celtics (18-4) won their fifth straight game by defeating the Miami Heat, 134-121. Boston remained in the top spot in the Eastern Conference.